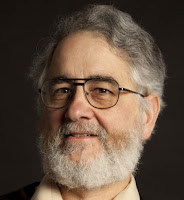 I recently had an amazing insight into my own writing.  You might say: Well, after forty years it's about time.  To which I reply: Don't be obnoxious.

And the insight which, as I said, amazed me, may strike you as blindingly obvious.  Even tautological. That's a problem with great discoveries: like magician's tricks they can be boring when they're explained.  But let's give it a shot.

I have always said that I am strong at characters and premises, but weak at plot.  So, what's the difference between a premise and a plot?  Think of the premise as the elevator pitch for the story:

The Premise: An orphan boy discovers that he is a wizard and goes off to wizard school.

The Plot (greatly condensed): At the school he makes friends and enemies, learns about magic and his family history, and struggles with a sorcerer who is plotting to kill him.

The Premise: A private detective seeks to find who murdered his partner.

The Plot (greatly condensed): He learns that their client is mixed up with an international gang searching for a priceless medieval artwork.

This reminds me of Donald E. Westlake's Drowned Hopes.  In the middle of a complicated caper (which almost kills him)  John Dortmunder bails out and refuses to participate.  His partner hopes one of the other members of the gang and take over:

I feel for you, Andy. As I said, I am pretty good at coming up with premises for stories, but working out the details of a plot is a struggle.  That may be why I have a whole notebook full of ideas that don't seem about to bloom into publishable woks any time soon.

Now, another fact: I tend to write shorter-than-average stories.  I currently have eight tales that have been purchased by magazine or anthologies but not yet published.  They average out to about 3,900 words.  The Derringer Awards separate their Short and Long Story categories at 4,000 words, so you can see where I fall.  (And my median is even lower: 3,600 words.) 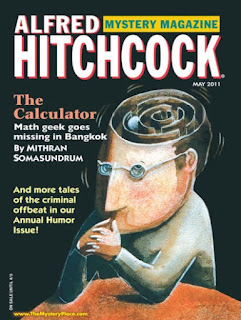 So now we get to the blazing discovery I just made.  Ready?  The reason I write short is that in very short pieces the premise is the plot.  For example, consider my story "Why" which appeared in Alfred Hitchcock Mystery Magazine.

The Premise:  A cop resigns because of a discovery he made while investigating the motive of a mass murderer.


The Plot (Not at all condensed): Same as the above.


See what I mean?  Now, I don't blame you if you're reaction to this shocking insight is: Well, duh.  But it was news to me.

I have to sit with this discovery for a while, and try to see if it helps me with my plotting problem.  Meanwhile, I hope some of those eight stories find their way into print in the coming year.  At least most of them won't take up too many pages.