by DoolinDalton
Greetings from the February Break Porch Annex of The House of Sick. Thank God for azithromycin! 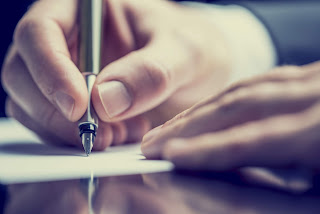 So, not too long after the publication of my first book (The "Lincoln Book"), I went to a party thrown by my friends Tara and Chad. Tara and Chad throw the BEST parties. And this one was a Halloween party, to boot.

I met Tara in law school two decades ago, and we've been pals ever since. She is one of those friends everyone ought to have: Tara celebrates her friends like nobody's business.

And this night was no exception. She introduced me around as her friend who just had a book come out. It was nice. I mean, who doesn't like to have a fuss made over them once in a while?

Now, we live in the Seattle area, and that means that there are a whole bunch of people around here who work in or adjacent to, the tech industry (full disclosure, my wife is one of those people who works "tech-adjacent." Love ya, Honey!). So it stands to reason that there were a fair number of tech industry people at this particular party.

One of them was a Microsoft guy who told me what his job was in such a way that to this day I still have no idea what he actually did. I couldn't tell you anything else about this guy (In my defense, it was fourteen years ago.), but the one other thing I recall aside from him being a Microsoft guy, was his interesting response to Tara's announcement that I was a newly published author. It's a line I've heard countless time since, but I distinctly recall this being the FIRST time:

Not, "I have an idea for a book" (heard that, too, btw), not, "I'd like to write a book." Nothing aspirational, nothing that embraces the notion that he possessed one tenth of one percent of a clue of how hard it can be to write something, let alone get it published.

So I asked him the obvious question: "What's stopping you?"

I knew before we finished talking and each drifted off in to other conversations, that this guy was never going to write that book.

Well, because he didn't need to. Because he had other choices. Other priorities.

And there's not a single thing wrong with that.

No matter what I've been doing over the past two decades, I am always turning something over and over in my head, either a current project, or something I've got in the works. It's kinda my thing.

I had a stretch when my son was very little, where I didn't produce much, but I've never stopped writing. Why? Because I can't.

My wife (Love ya, Honey!) maintains that I am much easier to be around when I'm writing. I can attest to the fact that a productive day writing makes everything better for me.

As evidence of this I offer the past month, when I've been deathly ill, unable to take time off of work, and behind on a deadline for a project I can't yet say much about. What did I do?

When I didn't have anything in me, when I didn't feel like there was anything left in the tank, I wrote. Late at night, early in the morning. Page after page of my notebook filled, word count in my Word doc high. I gritted through it.

I am more proud of the draft I recently turned in than I am of other stuff that I'm sure is more polished (that's why they call it a "rough draft," right?). Because it came at significant cost.

But hey, that's what writers do.

To circle back around to my friend Tara, I'm going to see her next week. Her book club has invited me to come talk with them about my work. How great is that?

See you in two weeks!
Posted by DoolinDalton at 01:55