Happy New Year, everybody! Since this is my first post for 2020, I figured I'd use it for a review and wrapup of my writing in 2019. For some reason I wrote fewer stories, and published fewer stories, than I did the previous year--but it was still fun.

I won't bore you with a long list of what I read this past year--I did consume just as many novels and stories as I did in 2018--but I want to mention a few books that stood out. I truly enjoyed The Deserter (Nelson DeMille), Cari Mora (Thomas Harris), Blue Moon (Lee Child), The Institute (Stephen King), Cemetery Road (Greg Iles), The Boar (Joe R. Lansdale), and Full Throttle (a collection of shorts by Joe Hill).

On the writing side, I wrote 22 new short stories in 2019 (about half the number I produced the year before). The only things notable about that is that most of them this year were much longer stories--I haven't been writing as many mini-mysteries as I used to--and that not as many had local, southern settings. I'm not sure why, on either count; the stories just took a little longer to tell, and the settings happened to be the ones that popped into my head and stayed there. 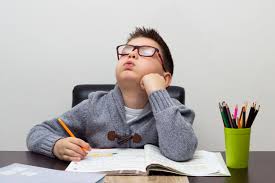 I had 26 stories published in 2019--eight appeared in anthologies (some by invitation, some by open-call
submission) and 18 in magazines. Of those 26, 19 were to paying markets, 13 to repeat markets, and 13 to new markets. And, if it matters, 22 were to print publications and four to online pubs. Genrewise, two were fantasy stories, one was science fiction, three were about deception not connected to a crime (what do you call that?), and the other 20 were mysteries--although a few of those could be considered cross-genre. Of the 26 total, 18 were original stories and eight were reprints. Settingwise, 12 took place in my home state of Mississippi and the rest were set elsewhere, including the Middle East, Alaska, Texas, Wyoming, and the South Pacific. And I still seem to be publishing a few series stories: nine of this year's stories were installments in two different series and 17 were standalones.

On the nonfiction side, my not-so-short article "Short and Sweet" appeared in a book called How I Got Published and What I Learned Along the Way by Camden Park Press in September, and I wrote 26 columns here at SleuthSayers.

As for rejections, I had 24 this past year. That was actually low, for me. Over my so-called career, I've had more rejections from more different places than Carter had little pills, and I remain unable to predict which stories will fly and which will crash. What can I say? You buy your ticket and you take your chances . . .

In the "upcoming" category, 16 more of my stories have been accepted but not yet published, and 21 have been submitted and have not yet received a response (in other words, I hope they're upcoming). Already-accepted stories are waiting backstage at AHMM, EQMM, Black Cat Mystery Magazine, Tough, Sherlock Holmes Mystery Magazine, etc., and several anthologies. No genre-diversity here; all of those forthcoming stories are mysteries. 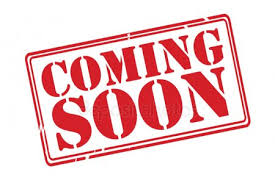 On the subject of other genres, my eighth book is scheduled for release in April, and it's far different from anything I've done before, or that my publisher's done. Stay tuned for more on that in my next SleuthSayers post, in two weeks.

One of my stories was also optioned to a movie production company in L.A. last year. Fingers are crossed.

Was 2019 a good year, writingwise? What are some of your success stories? What and where did you publish this year? Novels? Shorts? Other projects? Mostly magazines? Mostly anthologies? What's forthcoming?


One more thing. To any of you who've read my stories, and to the editors who acquired them, please accept my sincere thanks. To be allowed to continue to do something that's this much fun is a true blessing.

May all of you have a happy, healthy, and prosperous 2020! 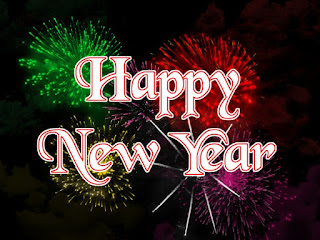