Charles Rhines was executed Monday afternoon here in Sioux Falls, South Dakota.  He was, as you may have guessed, a murderer.  Back in 1992, he was a 35 year old burglar, robbing a Rapid City donut shop that he'd been fired from 3 weeks before.  A delivery man, Donnivan Schaeffer, came to deliver supplies, and Rhines ambushed him.  Rhines stabbed Schaeffer, then tied him up, and stabbed to him again, this time to death. Rhines got away with over $3,000 in cash and checks.  (Argus Leader)  Rhines was the 20th person to be executed in South Dakota.

I'm not here to discuss whether or not murder should always get the death penalty.  Or ever.  Or in between.  I'm a member of South Dakotans for Alternatives to the Death Penalty, and I'll just leave it at that.  No, I'll add one thing: 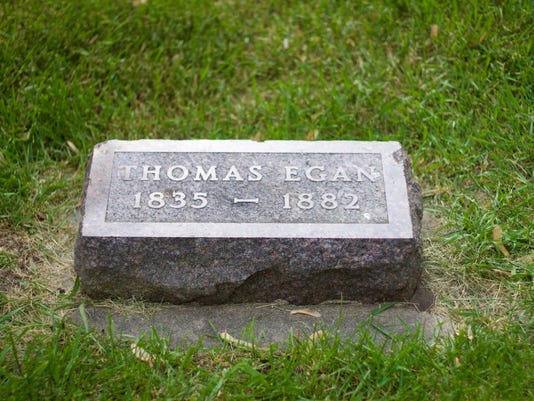 I do know that there's been at least one person executed in South Dakota who was innocent - Thomas Egan, who was convicted of killing his wife. He was “hanged” three times on the 13th of July 1882; the rope broke on the first attempt, and on the second attempt the rope did not break his neck. Despite this, the powers that be said, "Drop him till he dies", and on the third attempt he did. Years later, his stepdaughter admitted to committing the crime when she was on her death bed.  (DeathPenaltyInfo)

I'll also add that, The Death Penalty Information Center (U.S.) has published a list of 10 inmates "executed but possibly innocent".  And of all executions in the United States, 144 prisoners have been exonerated while on death row.

Meanwhile, Charles Rhines is definitely guilty of killing Donnivan Schaeffer.  Perhaps if he'd been 15 instead of 35, he'd have gotten life (which, remember, in South Dakota is without parole).  Then again, maybe not.  Jurors said that they gave him the death penalty because of his "chilling laughter during his confession while comparing young Donnivan Schaeffer’s death spasms to a decapitated chicken running around a barnyard,” according to a letter from the South Dakota Attorney General's Office to the U.S. Supreme Court in March 2019.

NOTE:  Confessions - especially to the police - aren't always tearful.  Even after conviction and incarceration, I've seen a few callous, bragging, laughing, boasting prisoners / inmates, who show no compassion or remorse, and are downright cruel and mocking.  Is it a cold-stone nature?  Long-term effects of drugs?  Bravado in the face of a future in prison?  Denial in the face of what they've actually done?  Absolute refusal to change?  Hard to say.  Any and all are possible.

But I've talked to a number of inmates who are guilty of serious crimes, and almost all have told me that it takes a while (sometimes a very long while) to face up to the reality of what they did, to feel the horror of it, and to own up to what must come next:  Living with it.  I can understand this a couple of ways:
(1) From the Bruce Springsteen song "Dead Man Walking":  "Sister I won't ask for forgiveness
My sins are all I have."
(2) From years in Al-Anon, talking with people who have suffered child abuse, domestic abuse, etc., and are still dealing with abusers and/or family members who deny it ever happened:  most people have a really hard time admitting that they're monsters.

I also understand the disbelief that many family members feel when they hear that their loved one's killer finally wants to apologize.

Because then they truly weren't capable of it.  Maybe now they are.  Maybe that's another reason for not imposing the death penalty.  To give them the chance to repent before they die.

Meanwhile, there's no more tense place than a prison on the eve of an execution.  Nobody likes them, from the staff to the inmates.  The security, which is already tight, goes through the roof.  The area around the penitentiary is closed.  Extra searches.  Extra checks.  COs and staff are called in early and let out late.  The whole place goes on lockdown until the execution is over, which means that all the inmates are in their cells, waiting until the man is dead, which, of course, only increases their restlessness and hostility.  Not to mention fear.  For all inmates, an execution is a skeleton-in-your-face reminder that the state has the power to kill people.


"Each man's death diminishes me,
For I am involved in mankind.
Therefore, send not to know
For whom the bell tolls,
It tolls for thee." - John Donne

I'd like to end this with two quotes.  First of all, please read this poem by Inmate Sam Lint.

“Reverence must be paid even to those sinners whose souls seem to be dead, because it is Christ, who is the life of the soul, who is dead in them; they are His tombs, and Christ in the tomb is potentially the risen Christ.” - Caryll Houselander