To Read or Not to Read: the Reviews of Your Books


by Paul D. Marks
From the truth in advertising department: I did this piece a few years ago at a different blog. I think it’s worth repeating. But the main reason I’m doing that is because I’m having major computer issues and it’s hard to work on my computer. I hope we have these issues worked out over the next few days. Believe me, I’m ready to CENSORED.

And I want to say that I hope everyone had a good Veterans Day and that we actually stopped to remember what it was for.

So, how do I react to negative reviews? 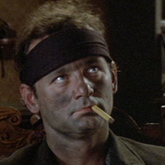 I call up my friends in the Mossad and tell them to seek out and destroy all negative reviewers in the shank of a dark and stormy night. Oh wait, no, that’s what a producer said he was going to do to me when we got in an argument about a script.

Some people say never to read reviews and that’s probably good advice, and probably what one should do. But it’s hard not to. Why? Because, I’m sure, we all want to have our egos stroked. And we’re looking for the positive reinforcement that says we haven’t wasted our lives working on something that nobody likes. So our expectation—our hope—is to get good reviews for that and other reasons. When we don’t our egos are shattered. And those who say it doesn’t affect them, well, let’s just say I think they’re most likely doing that stiff upper lip thing.

I’ve been gratified by most reviews, whether by professional reviewers or consumers on Amazon and the like. But every once in a while... 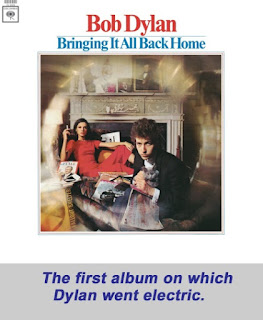 Even big stars like to check their reviews. I was on the Warner Brothers lot (though it may have been called The Burbank Studios at the time, now it’s back to Warner Brothers [long story]) one day and saw Bill Murray leaning against a car reading a review of his version of “The Razor’s Edge” (1984) that had just come out (and based on my tied for favorite book along with The Count of Monte Cristo). It wasn’t getting rave reviews to say the least, but as I say above, we all want to be validated and maybe also get some constructive criticism as to what went wrong. And I remember thinking even Bill Murray, with all his popularity from “Ghostbusters,” etc. still must feel the sting of a bad review like everyone else.

Hell, even Bob Dylan doesn’t like the sting of being booed, as when he first went electric and rock from strictly acoustic folk music. Check out this YouTube clip. It’s less than a minute long:

So let’s focus on Amazon reviews because they’re there, for good or ill. I don’t like reading negative reviews, but how I react depends on the review. Not everybody can like everything. I get that. Of course, one is tempted to remind some reviewers what their mommies told them, “If you can’t say something nice, don’t say anything at all.” But that isn’t the real world, is it? So for me, it depends on what the reviewer says. Does it seem like they actually read the book? Do they have an axe to grind? Are they offering constructive comments about what worked or didn’t for them or are they just off on some kind of tangent? Did they get what I was trying to say and, if not, is that my fault or theirs?

I got a couple of one star reviews for my short story collection “LA Late @ Night”. And they did piss me off. I had gotten some lukewarm reviews on “White Heat” and lived with them. But these two reviews for “LA Late @ Night” just didn’t make sense to me. These two reviewers, who seemed cut from the same cloth (literally), both hated the book and the stories in it. But their comments made little sense.

One said: “Uninteresting, choppy writing. No plots. I wouldn't waste my time reading this series of books as they are rambling writings.”

Where do I start? With the fact that it’s not a series. Uninteresting, well, that’s your opinion. Choppy, well that’s my style on some things. But each story had previously been published in a magazine or anthology, so somebody found them interesting. No plots, see previous response. Bottom line, I wonder if they even knew what book they were reviewing—But Wait: There’s More. The Kicker is yet to come. But First:

The other crappy review:

“Not that great of stories and the writing is stilted...I didn't even finish them all!”

Oh, where to begin: How ’bout them criticizing my writing as being stilted when their sentence is grammatically incorrect? So maybe someone who doesn’t know proper grammar criticizing my grammar is actually a compliment.

Okay, here it comes. Hold your breath. The Kicker:

Being a glutton for punishment, I of course had to check each person’s profile to see why they hated my book so much. What I saw were reviews for muffin pans, muck boots, kitchen gadgets, children’s books, religious/inspirational books and very few mystery books, and no noir or hardboiled books. So I wondered why they even bought my book…if they really did? Judging from their other reviews I could have told them they wouldn’t like it and would have saved them the time, aggravation and money.

It made no sense to me why they would even read a book like mine. So I had to assume there was an agenda going on. I called this to Amazon’s attention, asking them to remove these reviews, which they wouldn’t. I still think there was some kind of agenda happening here, though I couldn’t say exactly what the motivation is and these are the kind of reviews, totally baseless, that really piss me off. And I know authors are not supposed to say that, we’re not supposed have emotions or respond, but hey, we do.

And here are some other One Star Amazon reviews for your entertainment pleasure, only the names have been removed to protect the guilty.

Reviews from Amazon – yellow highlights and purple comments have been added by me.

Reviews of The Big Sleep:

"The book is a big sleep." (Paul’s comment: Well, some of us who liked this book must just be insomniacs.)

Reviews of Crime and Punishment:

"Very slow & plodding." (Paul’s comment: That damn Raskolnikov, why didn’t he just get it over and confess? On “Law & Order” Briscoe and Curtis would have had him spilling all in 2 minutes flat.)

"Long and pretty boring I don't like the old timely language they use in this book I know it's translated from German or Russian maybe but I was bored to tears and there was never any payoff really just goes on and on."

0 of 2 people found the following review helpful
I love a good dystopian but this was just such a ...
By XXX/Reviewer’s Name Removed
Format: Mass Market Paperback Verified Purchase

"I have always heard about 1984 being the father of all dystopian novels... I love a good dystopian but this was just such a hard book to read because in the entire story, there is no room for hope." (Paul’s comment: Maybe Katniss from “Hunger Games” should show up and rescue Winston and Julia from O’Brien.)

0 of 3 people found the following review helpful
...must be a book only an English teacher would like. I classify this a worse than "Catcher and ...
By XXX/Reviewer’s Name Removed
Format: Kindle Edition Verified Purchase

Damn! I’m hungry now. So, overall, you have to take both the good and the bad with a grain of seasoned salt, a quesadilla and some damn good and spicy hot sauce.