Strike Up the Band: Stories and Music


by John Floyd
As a movie lover and a music lover, I've always been intrigued by scores and soundtracks. I don't think it's a coincidence that most of the movies I like to watch over and over again are the ones that have what I think is good music. Maybe it's not of vital importance, but it sure helps. Italian director Sergio Leone once said, "It is the music that elevates a movie to greatness." 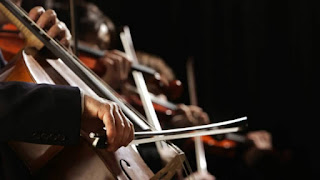 Like many of you, when I walk into a bookstore or go to Amazon.com, I find myself looking first for books by writers I'm already familiar with, writers I know I'll like reading. For me it's novelists like Nelson DeMille, Joe Lansdale, Carl Hiaasen, Greg Iles, Martin Cruz Smith, Lee Child, Nevada Barr, Stephen King, and several others. I have such confidence in those authors I know I'll probably enjoy whatever they write.

If you're strange enough to be interested in that kind of thing, I'm sure you've noticed that some--if not most--directors choose to work with the same composers, again and again. And because I honestly couldn't think of anything else to write about today . . . here's a list of sixty of those collaborations, along with some of their resulting movies. 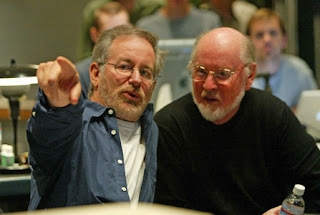 3. Robert Zemeckis / Alan Silvestri -- Forrest Gump, Romancing the Stone, Contact, The Polar Express, Cast Away, Back to the Future

6. Blake Edwards / Henry Mancini -- The Pink Panther, A Shot in the Dark, Breakfast at Tiffany's, Peter Gunn, 10, The Great Race, Days of Wine and Roses 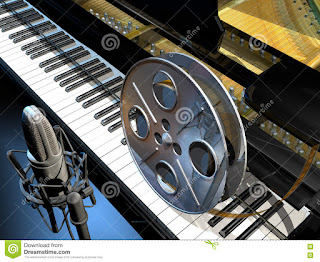 If you're not fed up with all this by now, here are fifty more director/composer teams that might be familiar: 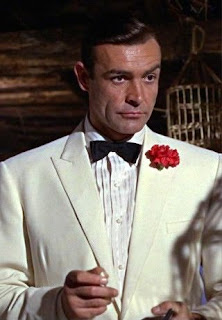 And #50: I'm cheating here, but composer John Barry teamed with four different directors (Guy Hamilton, Terence Young. Lewis Gilbert, and John Glen) for the following James Bond scores: Goldfinger, Thunderball, From Russia With Love, You Only Live Twice, Moonraker, Octopussy, A View to a Kill, The Living Daylights, Diamonds Are Forever, and The Man With the Golden Gun.

There are of course many other collaborations, both foreign and here at home, but these are the ones that came to mind.

In looking around for this director/composer information, I found the following little-known (to me, at least) facts:

For Sergio Leone's movies, his former schoolmate Ennio Morricone usually wrote the score first and then Leone shot the film to fit the music, rather than doing it the other way around.

Besides John Carpenter, several directors have served the double-duty of also composing the music for some of their films. Among them are Clint Eastwood and Anthony Hopkins.

When John Williams first played the Jaws theme on his piano, Spielberg burst into laughter and thought it sounded ridiculous. Two years later, Williams went through 300 versions of the five-note Close Encounters theme before Spielberg was happy.  (Mostly, though, they seem to agree: They've made 28 movies together.) 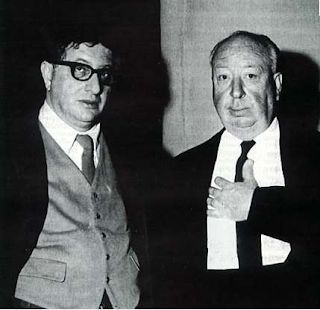 Bernard Herrmann served as "sound consultant" on Hitchcock's The Birds, which used electronic bird noises instead of music. (More on this in a minute.)

Max Steiner composed 11 other film scores the same year he scored Gone With the Wind.

Robert Zemeckis and Alan Silvestri decided not to have any music at all during the entire time Tom Hanks was stranded on the island in Cast Away. The score begins only when the castaway sails away. (Other well-known films had no music: Rope, Fail-Safe, Dog Day Afternoon, etc.)

John Williams is the most Oscar-nominated person alive today (51 nominations). His 1977 Star Wars score remains the highest-grossing instrumental-only soundtrack of all time.

James Horner said, about his score for Titanic, "I probably wrote all the material in about three hours. The themes literally came to me in twenty minutes."

What are your favorite story/music collaborations? Do you ever choose movies based on the director, or even the composer? If so, does that ever backfire? I can think of a few big mistakes I've made, using that approach (Exorcist II, Batman & Robin, The Last Airbender, etc.). Are you a film-score fan, or does the music in a movie not matter that much to you? Do you ever find yourself humming theme music instead of "real" songs?

Wait--is that a fin I see in the water? DUMdumDUMdumDUMdum …
Posted by John Floyd at 00:01