Living on the Wild Side:
Or, How to Create a Believable Villain

I met Charles Salzberg last October when we were on a panel at Bouchercon in Toronto.

Charles is the author of the Shamus nominated Swann's Last Song, as well as Swann Dives In, Swann's Lake of Despair and Swann's Way Out. His Devil in the Hole, was named one of the best crime novels of 2013 by Suspense magazine. His novella, "Twist of Fate," is included in Triple Shot, a collection of three crime novellas, and his novel, Second Story Man, was published in March by Down and Out Books. He teaches writing for the New York Writers Workshop, where he is a Founding Member and he is on the board of MWA-NY. He also has my undying envy because he co-wrote Soupy Sez: My Zany Life and Times, the memoir of the late great Soupy Sales.

Usually when I invite a guest to write for us I give the following example: "Don't write 'Buy my wonderful book.' Write 'How do you make a convincing villain? In my new book…'" When I read the terrific piece below I was afraid Charles had taken my example as a command, but he assured me it was what he wanted to write about anyway.

I’ve spent most of my life trying to stay out of trouble. As a kid, I left that to my brother, who spent a good part of his life in the principal’s office. Periodically, my mother would be called into school and presented with a list of my brother’s wrongdoings. Nothing serious, you understand. Just enough to get under the teacher’s skin.

Me, I coasted through under the radar. I was the good one. The one who never got into trouble. The one who spent his time trying to please adults. Obeying the all the rules. Speaking only when spoken to. Keeping my nose clean. Yeah, that was me.

On the social scene, I was a dud. It was the “bad boys” who got the attention, especially from the girls. The only thing that prevented me from disappearing completely into the woodwork was that I was good at sports.

I always wondered what it would be like to be one of the bad boys. You know the type. James Dean in Rebel Without A Cause. Marlon Brando in The Wild One, who when asked, “What are you rebelling against,” answered, “What’ve you got?” Paul Newman in Hud. Sean Penn in just about anything.

Trouble was, I didn’t think I’d ever find out, because that obey the rules thing seemed to be branded into my DNA. I couldn’t be bad, even if I wanted to.

But, as it turns out, I was wrong. I can be bad. All I need is someone else’s name and a blank sheet of paper.

That’s probably why I take so much glee in writing villains. But anyone who’s tried, knows it isn’t easy. What I mean is, anyone can write a villain, but to write a good one, one that isn’t the stereotypical bad actor, like Hannibal Lector, for instance, one that jumps off the page and haunts your dreams, takes skill.

You’d think it would be difficult for someone who was the “good boy,” all his life. But it’s not. In fact, it comes surprisingly easy and, I should be ashamed to say this but I’m not, it’s fun.

Writing villains isn’t easy. A true villain isn’t just someone who does bad stuff. A true villain, one that stays with the reader, is a complex character and the evil he or she does emanates directly from that character. I’m not talking about the “I’m gonna blow up the world” guy who hates everyone. Or the guy who cheats and steals for personal gain. Or the woman who betrays every man she comes in contact with.

Look, no one gets up in the morning, stretches his or her arms, rubs his or her chin, and says, “You know what? I think I’m going to be a badass today. I’m going to step all over anyone who gets in my way.”

That’s not a villain, that’s a stereotype.

A true villain, or at least a believable villain, thinks he or she is justified in whatever he or she does. It’s more about self-interest, I think. Greed. Selfishness. A blatant disregard for the feelings (and rights) of others because, you’re more important than everyone else. 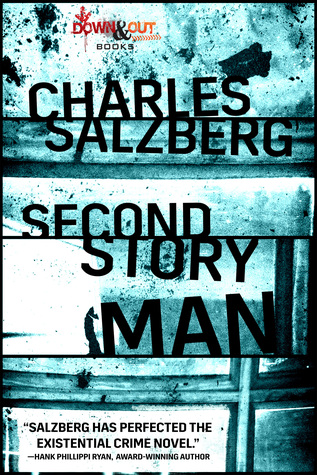 I like to think I write complex and flawed characters. Probably the baddest character I ever wrote is Francis Hoyt, the master thief of Second Story Man. He’s brilliant, manipulative, athletic, arrogant, and mean. He uses people, then tosses them aside. But he’s got a history and it’s that history that helps explain who he is and why he does what he does. Don’t get me wrong. It doesn’t justify what he does. It explains it. You can tell from the first line of the novel when he utters, “Where’s my fucking money?” Right away, you peg him as a bad guy. He doesn’t say, “You know, you may have forgotten about that money you owe me, and I could sure use it now.” Nope. He says, “Where’s my fucking money?” There’s a threat implied in those four words and from those four words you know he’s not kidding around.

The other two characters in the book, Charlie Floyd and Manny Perez, are far from perfect, but they’re certainly not villains. They, too, are complex human beings capable of doing wrong. But Francis Hoyt, well, he’s in a whole other league. I’m proud of Francis Hoyt and I loved writing him and hearing him speak. But I certainly wouldn’t want to meet him.

And so, finally, after all these years, I’ve managed to be the “bad boy,” even if it is only on the page.
Posted by mystery guest at 00:00