The past ten years I've been a reader for the Hillerman Prize. (They in fact call it a 'judge,' but that inflates my influence or importance.) The contest is for the best first mystery in a Western setting, in the spirit of the late Tony Hillerman, and what it comes down to is reading up to half a dozen manuscript submissions. Each year's winner gets a book contract with St. Martin's. It's a blind test, because the authors are anonymous at the time I see the manuscripts.

I think the process is pretty fair. There are obviously quite a few of us, spread out across the mystery community, writers, readers, and editors, and I don't imagine any of us have a particular axe to grind. I might prefer hard-boiled to cozy, myself, but if it'd good, it doesn't matter. Tie goes to the runner. You have a responsibility to give good weight.

Having said that, there's the Yes, But factor. Basically, you're a gatekeeper. You're triaging the slush pile. It's the inside of the transom. You want to know why those interns at publishing houses were ready to slit their wrists, back in the day? Now you know. Now, on the other hand, no such job exists. The big trades don't accept unsolicited. Agented only. Which makes agents the gatekeepers, and they don't accept unsolicited, you have to pitch. Which means the Hillerman's a throwback.

You see where this is going. Think about your own stuff that got turned down, even by a sympathetic editor. After a certain amount of heartbreak, you begin to harden your heart, but let's be honest, you always take it personally, because it's personal. How not? This is something you made out of whole cloth. You bled on it, laid awake nights, washed it in your own tears. And some oblivious bozo sends it down the slop chute with a dismissive comment or two.

So, yes. It's a stacked deck. It does none of us any credit to claim otherwise. Then again, to be utterly brutal about it, you think what's being published is crap? You ought to look at what doesn't make the cut. Some of it's just numbingly bad. As if these people had never picked up a mystery in their lives, or paid much attention. You give in to terminal aggravation, sad to say.

A very well-regarded agent once explained to me that editors read for rejection, meaning they wait for the first stumble, and spike the book. It's an unforgiving process. Maybe we all make the same rookie mistakes, and learn by doing, but surely by now, with all the practical advice available - Larry Block, Stephen King, David Morrell, Anne Lamott, just off the top of my head - is the learning curve really that steep? The fifty-page flashback. The serial killer first-person prologue. The indecipherable clue, held up to a mirror or over a candle flame, and blindingly obvious to Aunt Hezekiah, who does acrostics, or the insufferably precocious sixth-grade computer savant. Not that you can't get away with devices like these, but it takes a practiced hand, and cute wears out its welcome in a hurry. Tonstant Weader Fwows Up.

You want to respect the work. You know how much work it is. That first year, I read all six manuscripts front to back, and it was a real effort, because two of them were terrible, but I thought I owed it. Two of them were marginal. One of them was better than okay, and one of them was really good. I strongly recommended a second read for the two I liked.

In subsequent years, I'm loath to admit, I've had less patience. It's not something you really want to cop to, but the plain fact is, if it's a shitty book, you can tell pretty quick. Once or twice I haven't even lasted thirty pages, and that only because I felt obligated to go further than page two, knowing from the outset it was road kill.

On the upside, out of some sixty-odd books, I've found at least one to like every year, or something to like, a solid lead character, the evocation of place.  I've never picked a winner. I've picked a couple I thought might go the distance, but not, in the end. I hope they're heard from, down the road. I know of one guy who submitted, and didn't actually win, and got a three-book contract out of it.

If there's a lesson in this, it's humility. Good, bad, or indifferent, these people laced on their sneakers, and came out ready to play. You gotta keep faith with them. 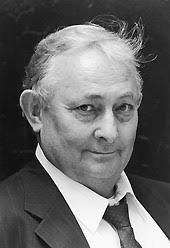 Good for you for giving back, David, by reading for this prize. I like working with and reading new authors, published and unpublished. When you come across one who's really got it, and you can imagine this is just the beginning of what could be a spectacular career, it gives you such a great feeling. Or at least it gives me a great feeling--the excitement of being in on the beginning and helping the author launch her career. I imagine it's akin to the pride a parent feels for a child getting into college or getting a first job, though of course not on the same scale. Anyway, good for you.

David, While I haven’t read/judged the Hillerman Prize I have been a judge for the Edgars, the Shamus and some other things. Now, of course, the difference here is that these stories have already been published and it’s not a blind submission. But one does have to try to be objective. Not let your personal tastes color your decision or whether you know and like or dislike a particular author. It’s not easy. And the volume of things to read is beyond belief – basically you don’t have time to read anything else. Very time consuming. And, like you, I tried to read everything from head to tail because I wanted to give the authors a fair shake just as I’d want one if they were judging. And out of all the stories I read there’s only one that I recall I couldn’t – or wouldn’t – read from beginning to end for reasons I won't go into here.

The learning curve can be quite steep because one of the hardest things for a new writer to learn is the difference between what's on the page and what they think is on the page. As we gain experience, we learn how to view our work more dispassionately.

David, I feel your pain. Having read for the Edgars, I found some novels that were so brilliant I wanted to go start life anew as, say, a yak herder in Mongolia. Others were very, very good, and gave me something to aspire to. Others good, and I thought, I can do that. Others bad, and I thought, lucky. And there were a few, a very few, but a few, that were so bad that they boggled my mind. I could not believe that someone had published them. One of them I nicknamed "Fifty Shades of Green" because it was nothing but fornicating in the forest with a psychopath. How it got published, I do not know. I literally threw that sucker across the room and remembered marking it with the lowest grade and the note: "If I could have given it a lower grade, I would have."

Bless you, David, for paying it forward.

I was a judge for the Al Blanchard Story Award several years ago, and it was eye-opening. We received 141 entries, 40 of them the LAST DAY. I read every single story even though I only had to read about 40 plus the other finalists. I took notes and scored them all just for the teaching moment. On a scale of 1 to 10, I gave over 90 1 and 2, and NO 9 or 10. And the same stuff over and over: numbing description and backstory to open, clunky prose, characters out of Nancy Drew on bad drugs...

I also do developmental editing and discussed an opening with a client about a year ago. As I gave my critique, he kept saying, "Oh, I forgot to mention..." It turns out that his "synopsis" for the whole book only covered about half and it gave me a false impression of the story arc, the character arc, and about everything else. His style was out of the 1950s, too. He self-pubbed the crap less than a month later. I know because I downloaded the free sample onto my Kindle. Nothing changed except the lousy formatting...

All we can do is the best we can. Maybe someone will notice.