Yes, I know: there are a lot of productive things I could and should be doing right now, instead of writing a trivial post about trivia. But, as I've confessed in the past, I love little-known facts about fiction and those who create or portray it.

So, for the next few minutes, I challenge you to forget about the stock market and North Korea and politics and global warming and take a look at these worthless little tidbits about movies and novels and actors and writers. Since they surprised me when I learned about them, I hope they (or at least some of them) might surprise you as well. 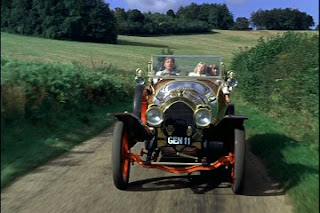 - The Curious Case of Benjamin Button was adapted from a short story by F. Scott Fitzgerald.

- Jack Kerouac typed the novel On the Road on one continuous roll of paper 120 feet long.

- Dooley Wilson (Sam, in Casablanca) didn't know how to play the piano.

- The names of the policeman and the cab driver in It's a Wonderful Life were Bert and Ernie.

- Both Matt Damon and Ben Affleck were extras in Field of Dreams. 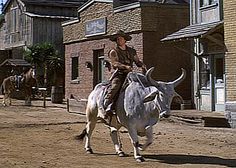 - Mel Brooks wrote the lyrics to the theme from Blazing Saddles.

- The final Lord of the Rings movie, The Return of the King, was nominated for eleven Oscars and won all of them.

- Before writing The Da Vinci Code, Dan Brown was a pop singer. One of his solo albums was called Angels and Demons.

- In Raiders of the Lost Ark, a drawing of R2D2 and C3PO appears on a column in the Well of Souls.

- Robert Louis Stevenson burned stories based on readers' informal responses, Leo Tolstoy's son rescued the manuscript of War and Peace from the ditch where Tolstoy had thrown it, and Tabitha King pulled the discarded manuscript of Carrie from Stephen King's wastebasket.

- William Atherton, who played the obnoxious TV reporter in Die Hard and Die Hard 2, sang the "What'll I Do?" theme song during the opening credits of the 1974 (Robert Redford/Mia Farrow) version of The Great Gatsby.

- "Goldeneye" was Ian Fleming's name for the Jamaican beach house where he wrote all the James Bond novels. Sting later used the same desk to write the song "Every Breath You Take."

- One of the voices of E.T. was that of Debra Winger. 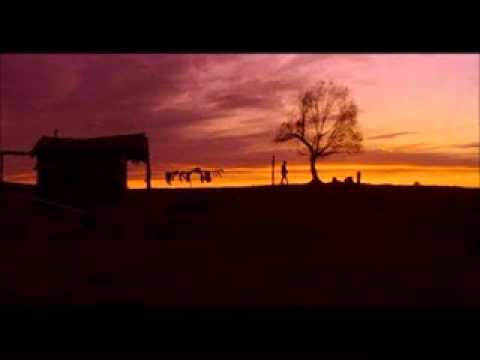 - Tom Wolfe, who was six-foot-six, preferred to write standing up, using the top of his refrigerator for a desk.

- In The Abyss, many of the underwater scenes were actually filmed in smoky air, using fake bubbles.

- Both Erle Stanley Gardner and Agatha Christie dictated their novels. (Though ESG typed his earliest work.)

- To make some of the spacecraft seem larger in the movie Alien, director Ridley Scott filmed his own two children outfitted in miniature space suits.

- Rowan Atkinson has a master's degree in Electrical Engineering.

- Singer Tex Ritter ("Do Not Forsake Me, O My Darlin'," from High Noon) was actor John Ritter's father.

- Actor/director Anthony Hopkins composed the music for the movie Slipstream (2007). 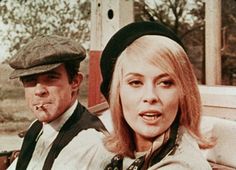 - Clyde Barrow once wrote a letter to Henry Ford (it's on display at the Ford museum in Dearborn, Michigan) praising the V-8 Ford as a getaway car.

- The Adventures of Tom Sawyer was the first book written using the typewriter.

- Clint Eastwood did all his own mountain climbing--no stuntmen--in The Eiger Sanction.

- Most of the cast and crew of The African Queen got sick from the water. Only Humphrey Bogart and director John Huston were unaffected because they drank only whiskey.

- The first U.S. paperback edition of Ian Fleming's Casino Royale was published with the title You Asked for It.

- Carolyn Keene, author of the Nancy Drew novels, was really a pseudonym for a team of several different writers. 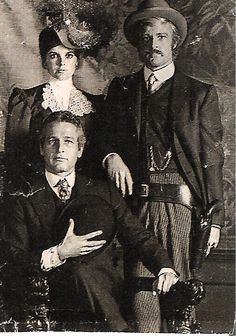 - Frank Oz was the voice of Yoda, the Cookie Monster, and Miss Piggy.

- Mickey Spillane ordered 50,000 copies of his 1952 novel Kiss Me, Deadly to be destroyed when the comma was left out of the title.

- Director John Carpenter composed the music for most of his movies.

- Ian Fleming got the name for his fictional spy from a book he owned called Birds of the West Indies, by James Bond.

- The charcoal sketch of Kate Winslet in Titanic was actually drawn by director James Cameron.

- Tommy Lee Jones and Al Gore were roommates at Harvard.

- J. K. Rowling came up with the names for the houses at Hogwarts while on a plane. She jotted the names down on a barf bag.

- The keypad on the laboratory's door lock in Moonraker plays the five-note theme from Close Encounters of the Third Kind.

- Author Sidney Sheldon created the TV series I Dream of Jeannie and The Patty Duke Show, and won an Oscar for Best Original Screenplay for The Bachelor and the Bobby-Soxer. 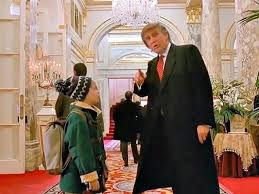 - When the kid in Home Alone 2 walks into the Plaza Hotel, the person he asks for directions is Donald Trump.

- Tom Clancy was part owner of the Baltimore Orioles.

- Cormac McCarthy wrote with the same typewriter for more than fifty years. When it broke, he auctioned it off for more than $250,000 (to donate to charity).

- In World War II, Roald Dahl was a fighter pilot, Donald Pleasance was a POW, Christopher Lee was an undercover agent for British Inteligence, and Charles Durning was awarded the Silver Star, Bronze Star, and Purple Heart.

- When a hurricane hit the set during filming of Jurassic Park, the pilot who choppered the crew to safety was the man who had played Indiana Jones's pilot, Jock, in Raiders of the Lost Ark.

- The top three most-read books in the world are The Holy Bible, Quotations from Chairman Mao Tse-Tung, and the Harry Potter series.

- In The Secret Life of Ian Fleming, Fleming was played by Sean Connery's son Jason.

- Actor Sam Shepard wrote 44 plays; one of them won him the Pulitzer Prize for Drama in 1979.

- The roles of both John McClane in Die Hard and Harry Callahan in Dirty Harry were first offered to Frank Sinatra.

- When J. K. Rowling wrote Harry Potter and the Sorcerer's Stone, she typed three separate copies of the manuscript because she couldn't afford copying fees. 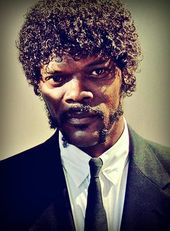 - Samuel L. Jackson's Pulp Fiction quote from Ezekiel was originally written for Harvey Keitel's character in From Dusk to Dawn.

- Chocolate syrup was used as blood in Psycho's shower scene; it was also used as the Tin Man's oil in The Wizard of Oz.

- Mystery writer John Sandford, a.k.a. John Camp, won a Pulitzer for Non-Deadline Feature Writing in 1986 for articles about the life of a Minnesota farming family.

- Of his 70-plus film roles, Gregory Peck played a villain only twice (I think), in Duel in the Sun and The Boys From Brazil.

- Dolph Lundgren has a master's degree in Chemical Engineering.

- In the UK, Fifty Shades of Grey is the best-selling book of all time.

- Robert Duvall had a bit part as Steve McQueen's cab driver in the movie Bullitt.

- The Salvation (2014) was a Western filmed in South Africa, with a Danish director and actors from Germany, France, Spain, Italy, Sweden, Denmark, the U.S., and England.

- Tippi Hedren (The Birds) is the mother of Melanie Griffith and the grandmother of Dakota Johnson.

- As a child, Roald Dahl--the author of Charlie and the Chocolate Factory--was a taste-tester for Cadbury's chocolate.

- In High Plains Drifter, one of the headstones in the cemetery was inscribed with the name Sergio Leone.

- Barbie in Toy Story 3 is voiced by Jodi Benson, who also voiced Ariel in The Little Mermaid.

- Mickey Spillane was at one time the author of seven of the ten best-selling novels in history.

- Sean Connery wore a toupee in all of his James Bond movies.

And maybe the most valuable and surprising piece of trivia of all:

(Don't ever say I didn't give you the inside info.)


Can you think of any crazy and lesser-known movie/novel/actor/author facts? Inquiring minds want to know . . .