Some of you might remember a column I wrote awhile back about Valerie Plame Wilson, the Iraqi intelligence asset CURVEBALL, and the Nigerian yellowcake controversy, pieces of a larger puzzle, the much-disputed evidence for the 2003 invasion of Iraq. Here's something of a postscript. 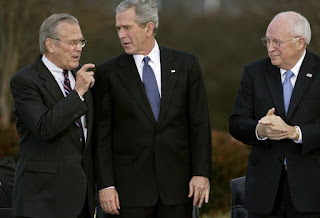 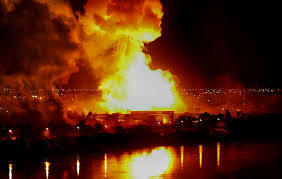 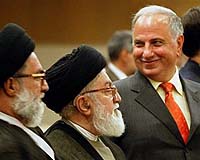 Wonderful article: and damn good speculation. I've often wondered (here and elsewhere) why we are so determined to see the Iranians as wild-eyed murdering fanatics, why we backed Saddam Hussein during the Iran-Iraq War (he was no "nicer" then than later), why we were determined to destabilize Iran (one of the largest/oldest/wealthiest/most stable countries in the Middle East: it's not going anywhere, folks) and replace it with Iraq (which in its current state is a post WW1 British construct, and was constructed partly to give the Syrian Hashemites a kingdom). Anyway, sorry, I have a tendency to rant when it comes to our policy re Iran/Iraq/Syria... Great article!

David, you have an entertaining way of summarizing current events, even when it makes us realize how stupid we were.

Chalabi. A genuine bastard if ever there was one.

Thanks, David, for reminding us of just how much this son-of-a-bitch has to answer for. He's one of the guys who makes atheists dream that there might actually *be* a Hell.