A few years back, one of the professors in the English Department at George Mason University (where I myself teach) told me that she never put her own favorite books on the syllabi for any of her classes; seeing what the students said about them was too heart-breaking for her. 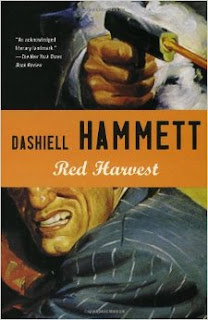 I'm currently teaching a class called "Five Killer Crime Novels"—a gen ed survey of some of milestone books in the genre, or at least books that serve to represent/illustrate some of the trends and range and depth of mystery and suspense fiction. So far, we've read Arthur Conan Doyle's Hound of the Baskervilles, Agatha Christie's Murder of Roger Ackroyd, and Dashiell Hammett's Red Harvest, along with a sprinkling of short stories; still ahead are Ed McBain's Sadie When She Died and Megan Abbott's Bury Me Deep. (And yes, I know there are tons and tons of others that could've/should've made the list!)

Whether I'd count these books as all-time favorites or not (Red Harvest certainly is), each of these are books I love, one way or another. And indeed it is a little heart-breaking to have students talk (spoiler alerts!) about how disappointed they are by various aspects of the three we've read so far. "We finally see the hound and then in the next paragraph they just shoot him and that's it?" And: "She could've cut about 50 pages toward the end of Roger Ackroyd. It was so slow and so boring." And then: "I'm sorry, Professor Taylor, but Red Harvest just sucks."

I'll admit it; my internal response to that last one was along the lines of "You think your comment shows your superiority, but really it just reveals your ignorance." But I would never say that publicly, of course. 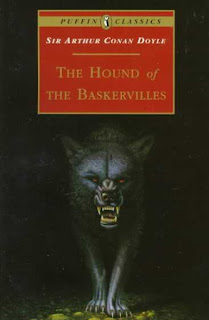 Actually, I try not to take offense to these kinds of comments and criticisms, but instead try to transform them into productive aspects of class discussion. The complaint about Hound of the Baskervilles, for example—that quick movement from the hound's appearance in one paragraph to his demise in the next—leads to a closer look at serialization and how the publication schedule built suspense. The eighth installment of the story in The Strand ends strategically at the break between those two paragraphs, with these words: "Never in the delirious dream of a disordered brain could anything more savage, more appalling, more hellish be conceived than that dark form and savage face which broke upon us out of the wall of fog."

AND STAY TUNED FOR WHAT HAPPENS NEXT!

Other reactions call for deeper discussion: Why are certain scenes included? What is the potential purpose of such-and-such artistic decisions? What are the potential effects on the reader? Why structure and pace a scene this way? or a chapter? or a succession of chapters? Or more to the point: Can you articulate why you think this book "sucks"? The key isn't the judgement itself—pro or con—but backing up judgements with evidence and authority.

"Red Harvest was just a bloodbath. I couldn't both to get connected to the characters, because after a while, I knew they were just going to die. And nobody seemed to care, not even the detective—and we're not connected to him either. We don't even get his name!"

OK, let's dig deeper into all that, I'll say—and then we do.

My point here isn't to criticize my students or to celebrate my own tactics in the classroom. My students are—fortunately!—a bright and active bunch, and our discussions are often sharp and insightful. But I do wonder sometimes about the reasons behind some of those gut responses of boredom, dismissal, dislike. 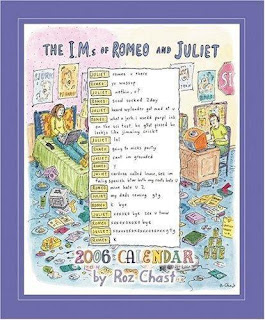 Is it that students have been so conditioned by today's various media—the pacing of a CSI episode, for example, or the short bursts of information that constitute news, or the structures and expectations of Facebook status updates, tweets, and IM exchanges—that older works become dated in more fundamental ways than just their vocabulary or dress or gender attitudes? Maybe today's modes of communication and storytelling are so different that the average student can't relate.

Is the issue about the age or era of a book at all, or is it something about the genre itself (crime fiction) or the form (a novel) that is the impediment? Sisters in Crime has done studies about the demographics of mystery readers (an aging one, as it turns out), and many students in my gen ed classes these days don't count themselves as readers at all—not in a conventional sense, even as their days often consist of more reading in other ways than most "grown-ups" do.

Is it that many of my students in this class—a gen ed class, drawing mostly on majors outside the humanities—simply aren't interested in literature at all, so the process itself might be with some level of disinterest or even hostility?

I don't know the answer to these questions. Likely some deeper study would be required, and maybe I haven't even asked the right questions or framed any of this properly in the first place. Either way, I'd love to hear what others think.

In the meantime, however, an anecdote to end this on a more positive note—a story I've told before:

A few years ago, we'd come to the end of the semester for a class that examined hard-boiled detective fiction as social documentary (maybe my favorite class of all the lit courses I've taught). It was final exam day, and students were turning in their exams as they completed them, mumbling quick good-byes, and heading out of the classroom, done for the semester.

One student turned in her exam and then walked around the desk to where I was sitting, gave me a big smile, and held out her arms wide.

I have to admit, I find myself disinclined to hug students—for a variety of reasons, as you might imagine—so I didn't stand but just sat there, gave her a "what's this? look or gesture of some kind, I can't really remember.

But I do remember what she said: "Professor Taylor, before this semester, I'd never read an entire novel, and now I've read six of them."

We're Facebook friends now, and she has a daughter of her own these days, and my hope isn't simply that she's continuing to read herself but that she's reading to that daughter too.
Posted by Art Taylor at 00:00

Art, the first part of your post is so discouraging. I have to admit that, even being a lover of noir where there are few happy endings, I was glad to see a little ray of hope at the end of the post. Your classes sound fascinating to me, and I find the students' comments very scary on so many levels. And I sure as hell wouldn't have the patience you do with your responses to them!

I nice piece. Lets face it, teaching anything isn't for the faint hearted and thin skinned, but on the bright side, students' tastes do change and you never know the ultimate effect of reading good books.

Like this a lot.
Back when I taught Modern Japan, I had my students watch "Why We Fight: Japan" (directed by Frank Capra) and read "Hiroshima" (by John Hersey), and then report on them AS PROPAGANDA. What I found was that the students were absolutely oblivious to the violence level in WWFJ (people being burned up by flamethrowers, dead babies going down a chute, etc.), and the main complaint was that the graphics were so clumsy. But some of the moments in "Hiroshima" gave them nightmares. And, while they could analyze WWFJ, they couldn't analyze Hiroshima on their own: I had to talk them through it (such as pointing out to them, that of the 6 people he interviewed/followed, 1 was German, and 3 were Christian, which is certainly NOT representative of the religious/ethnic distribution of Japan). This happened class after class.

Basically, the students were jaded by modern media as far as visual effects; it had to be a lot rawer than WWFJ to get a rise out of them. And a lot of them really didn't know how to analyze a book.

I sometimes feel alone in my house, in my community, where reading seems on the decline. I wonder if we're returning to a sort of oral history where literature is less important than what people think is central in their lives like twitter and facebook.

Thanks, everyone, for the feedback here. It's interesting to hear the range of comments already, and other folks' experiences--both on the teaching side and as readers worrying about reading being on the decline. Teaching is indeed not for the faint-hearted (not these days, if ever), but the evolving conversation across generations has been fun to watch and to be a part of, I have to admit.
Art

Maybe this will make you feel better: I never would have taken your course (bear with me!) because I would have been concerned that analyzing the books would have taken the away the joy of reading them. When I read, I hope to be swept away only to find that somehow I've reached the end of the book or story. If I'd have to read looking for themes or symbols or whatnot, I'd be reading as a student, not as a reader. Maybe a lot of the students who really do love to read simply aren't taking your class for similar reasons. Maybe that's good.

It is disturbing and not limited to North America. Germany, France, Brasil, South Africa… people are turning to abbreviated communications, some breadth, not a lot of depth. Japan offers prizes for 'cell phone novels', novelettes of short sentences without much in the way of punctuation. This looks distressingly like the future.

On the other hand, the daughter of a good friend just married. While she's not a millennial (she's 34), she matured amazingly in the past ten years and discovered a love of literature, especially Elizabeth Browning. There is hope.