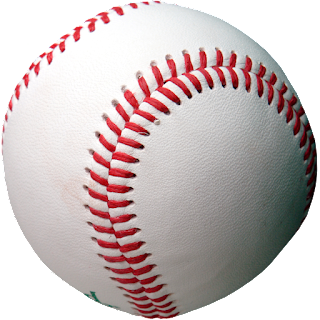 It's mid-May, and we are five weeks into baseball season. Last night I was thinking about what I wanted to write for this week's blog entry while watching my hometown Seattle Mariners extend their longest winning streak of the season–four games–at the expense of the San Diego Padres, and it occurred to me that baseball and writing have a lot in common. Such as:

You can't be afraid of striking out.

In baseball a lifetime batting average that reflects getting a base-hit three times out of every ten at-bats is a hallmark of a successful career. This is also true of success in fiction writing. Most books published by "traditional publishers" these days rarely, if ever earn out. Most make their author nothing beyond their initial advance.

Every once in a while you'll hit a home-run.

When books do take off, earn out for their authors, they can be career-makers. And they don't have to be pretty (Fifty Shades of Grey, for example), they just have to leave the yard.

You're only as good as your last game.

Even E. L. James has had to get past striking the home-run pose, move on, run the bases, and figure out what she'll do next. You can't rest on your laurels (unless that last game was the final game of the world series, with you bringing in the winning run…).

The art of the pitch.

Baseball is a sport that emphasizes the importance of mastering the "fundamentals" of the game through constant repetition: fielding drills, batting practice, etc. Writing is much the same. Most "overnight sensations" have worked at the craft for decades. So write everyday as if you were working on the cut-off move on a throw from the outfield, and do it every day over, and over…

And have fun out there!

Yes, like playing ball, writing at its best, is an awful lot of fun. Otherwise why would we bother with such a maddening process and so many arcane arcane rules?