In the last phase of the Special Forces Qualification Course I ran into an instructor who clearly didn't
like me because he was intimidated by my previous experience in Military Intelligence.  In fact, the first words he ever said to me, after having met me about ten seconds before, were: "So you worked for Military Intelligence, huh?  You probably think you're really smart.  Don't you?  Well, we'll see how far 'book smarts' get you through, where you're going.  I think you're gonna be pretty surprised!"
I hadn't said a word to him before he said that to me; clearly he'd been reading my personnel folder.

After he walked away, the other members of my training A-Team asked me, "What did you do to tick that guy off?"

I shook my head.  "Never saw him before in my life."

Roughly a month later, I was one of the 11 men he'd flunked out of Phase 3 (that's 11 out of the 13 guys on my training A-Team).  With the exception of one sergeant, who quit in disgust, all of us went back through Phase 3, starting a few weeks later -- all over again -- and we all passed.

Because we had a very good company commander, Captain Juan O'Rama, all 11 of us were signed out on leave within 24 hours.  When I returned, to start Phase 3 again, I found a brass Zippo lighter on my bunk, left there with a note from my buddy, Sergeant Ed Antonavich.  The note explained that he had "kidnapped" my pillow (for very sensible reasons that will remain a mystery on this blog). The lighter was inscribed: Keep the faith, buddy!

What has this got to do with writing? 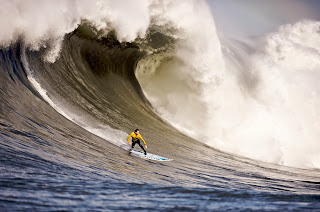 My life as a writer sometimes seems to come at me as a sort of wave-like experience.  My success crests, washes over, and then I find myself in a trough, working to mount the next wave.

When it comes to the writing itself, I suppose this wave behavior works its way into a surfer's analogy: I paddle my board into the middle of a story trying to catch that big curling wave and ride it for as long as I can. 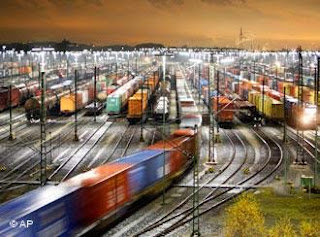 It strikes me that this is similar to a previous analogy I've posted here, one in which I pick an interesting freight train, with various and intriguing boxcars coupled to it, and hitch a ride, hoping that after I push-start the locomotive it will begin running along on its own steam, whisking me down the line with it.

I suppose the surfer analogy is the friendlier of the two, because changing course doesn't require tearing up the track and laying it back down in a different configuration.


Problem is: changing course in a story sometimes DOES require such drastic measures, so maybe the train analogy holds truer.

The wave theory of a writer's life, however -- MY writer's life, at least -- pertains to more than just the mechanics of writing.  It also applies to successes and failures, as well as those times that are simply spent working, during which neither monetary nor critical success or failure are achieved; a writer is just busily working.

When this happens, a writer has to have a considerable amount of faith that the project in question is worthwhile, because s/he is usually getting no feedback from the publishing world, and sometimes not even from a critique group.

At such times I am strangely reminded of trials I went through in the army, trials which required an enormous expenditure of physical strength and endurance, often coupled with mental agility and determination if one were to succeed.  Whether these trials were part of training, or simply a necessary component for mission accomplishment, the end result was usually the same: sagging head and shoulders, ragged breathing, tongue hanging out, and -- when salvation arrived! -- that blessed sense of a lightened load when we clambered aboard a chopper, or some other vehicle, and could slip the ruck straps from our shoulders.

For the writer, of course, there is no chopper to whisk one away to the land of security.  The closest we come to that is the moment we receive a request for more pages, an acceptance, or a check in the mail.

There are other times, however, when a writer might receive a much-needed shot in the arm.  That manuscript submitted nine or ten months ago, and forgotten about, suddenly catches an email nibble or bite.  Or, as happened for me a few months ago, you open the mailbox to discover an unexpected check for royalties on work you did some time ago.  The effect on a writer's psyche is not on par with being choppered home to relax, but it certainly helps when you're on the march with no relief in sight.

So, if you're currently in a long trough, working away at something, and the doubts are threatening to set-in, take heart and Keep the faith, Buddy! -- a shot in the arm, or literary chopper-equivalent is undoubtedly on the way. 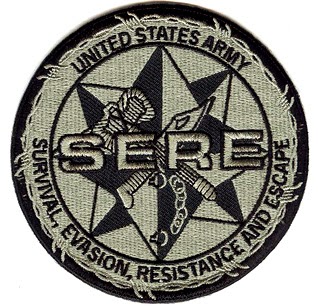 A couple years after reaching my first A-Team, when I went through Survival Evasion Resistance and Escape (SERE) school our instructors  constantly exhorted us, if ever captured, to: Always look for the little victory each day brings!

POW's who survived long incarceration evidently shared this common trait: they always looked for the little occurrences that gave them a chance to laugh at, or at least think mocking thoughts of, their captors.  Many made a field-expedient calendar and marked off each day, thinking: "One day closer to freedom and home," each morning or evening.  Others took heart from managing to do small things that bucked-up the sagging spirits of a fellow prisoner(s).  On rare occasion, a few even managed to sabotage enemy vehicles or equipment.

All these things are little victories.  Personal victories.  They didn't win any military war, but they did help POW's to survive long periods of hardship, doubt and fear.

The same holds true for writing.  The little victories are there all around a writer: completing X hours that day, finishing a certain chapter -- any and all of the little signs that you're making progress, no matter how much you DON'T hear about it.  If nothing else, a writer can always say, "One more day of writing down, one day closer to completion!"

So, my thoughts to those in the long trough:
Keep the Faith, Buddy!
Look for the little victories each day brings.

P.S. How do I feel about having to repeat Phase 3 of the SFQC?  Well . . . as I mentioned earlier, all of us who went back through it again, passed with flying colors.  Additionally, the sergeant who flunked us wound up being put out of the army on grounds of mental instability, so I don't hold much of a grudge. 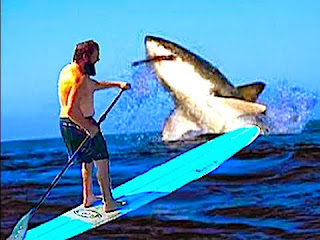 P.P.S. Please don't think I know anything about surfing.  If I tried it, I'd probably end up looking like this guy!