I like books about writing. I buy a lot of them, and I always seem to learn more from them than I expect to. These "how-to-create-good-fiction" authors sometimes differ on their views of what's good and what isn't, and what works and what doesn't--but now and then, like a family driving away from the Honda dealership, they are all in one Accord. (Sorry--I couldn't resist.) 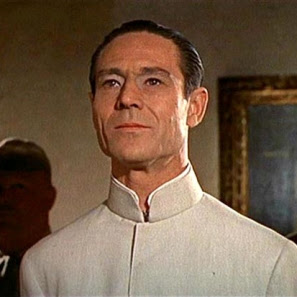 One piece of writing advice that they all seem to agree on is that we talespinners should spend at least as much time on our villains as we do on our heroes. The point, there, is that the character who actually propels the action forward in a story or novel is the antagonist, not the protagonist. A wimpy bad guy just won't do. As I heard someplace, Jack the Giant Killer needs a giant to kill.

Another good move is to come up with suitable names for our villains. I once said, in a previous column, that I couldn't imagine 007 introducing himself as "Dinkins. Wilbur Dinkins." Well, the same goes for Bond's adversaries. Arnold Goldpinkie probably wouldn't have presented much of a threat to the world, or Doctor Yessiree.

Along these lines, here are a few fictional baddies whose names I especially like. (I can almost picture the sudden smiles on the writers' faces when these popped into their heads.) 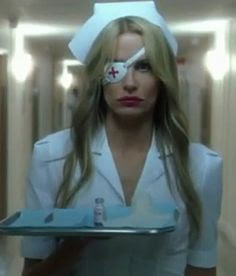 I should pause here to admit that some of the best literary and cinematic villains had normal, plain, believable names: Michael Myers (Halloween), Annie Wilkes (Misery), Frank Booth (Blue Velvet), Norman Bates (Psycho), Mrs. Danvers (Rebecca), Ben Wade (3:10 to Yuma), Tom (The Talented Mr.) Ripley, George Harvey (The Lovely Bones), Reverend Harry Powell (The Night of the Hunter), Jack Wilson (Shane), and so on. But who's to say that they wouldn't have been even more ominous if their names had been ominous as well?

By the way, all baddies are not truly evil. Some--Mrs. Robinson (The Graduate), Lt. Gerard (The Fugitive), Major Henry Terrill (The Big Country), Ed Rooney (Ferris Bueller's Day Off), Headmaster Nolan (Dead Poet's Society), etc.--are just unpleasant people who get in the way of the protagonists' needs and goals. I'll always like the name of Milo Minderbinder, the sneaky opportunist and profiteer from Catch-22--and even though his actions unknowingly caused death and disaster, he was more of an antagonist than a villain.

And some villains are so terrifying they have no names at all. In The Village, the creatures in the surrounding woods were whisperingly called Those We Don't Speak Of.

In closing, here are my Top 10 favorite names for bad guys: