A few weeks ago, I shared some of John Floyd's hints and tips about writing for Woman's World. Today I'm adding one of my own tips, not just for WW, but for all creative writing.  First, please travel back in time with me.

Many, many years ago, not long after my divorce, I fell madly in love with a smooth-talking charmer. He said he'd been divorced once and had custody of his two teen-aged sons.  My boys were five and ten at the time, and a man with custody of his kids fit right into my ideal–someone who was family oriented. He was financially secure and lived in a beautiful home right on the lake. We went to his older son's football games.  We took all four boys places as well as having romantic weekends when both sets of sons were with their non-custodial parents.  Head over heels, gloriously in love, I accepted an engagement ring and his marriage proposal which came one night on the dock fairly quickly after we began dating. 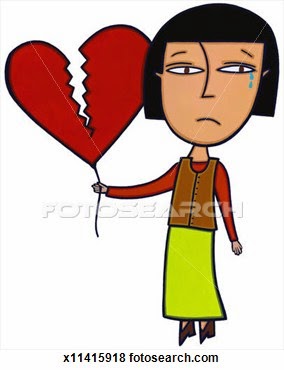 Six months later, I learned that not only was he seeing someone on the side, he had lied about almost everything.  To sum it up, he'd been divorced six times, always on grounds of adultery.  Being a natural redhead at the time, I reacted in red–a fine point red-tipped pen.  I told him what I thought of him, called him a few nasty names, and shouted in red ink where he could go and what to do when he got there.  Then I dropped that ring in the envelope with my letter and drove forty miles in a blinding rainstorm to put it in his mailbox before he got home from work.

He called me when he read the letter and began with how shocked he was because he didn't know I knew such words.  When that didn't elicit a response from me, he apologized for the lies about his past but denied seeing anyone else.  When he said, "I love you," I hung up on him and didn't answer any more of his calls. (Thank heaven for caller ID even back then.) He began waiting for me outside the school where I taught, but I turned my back to him, got in my car, and drove away.  Don't know what I would have done if he'd followed me--probably driven straight to the police station.

No, I'm not writing for True Romance.  I'm headed toward a lesson learned, and yes, it has to do with both personal and professional writing.

Five years later, I ran into that first love after my divorce and being far beyond any caring or hurt or anger, I had a cup of coffee with him.  We talked about our children and shared a friendly conversation.

As we stood to leave, he pulled his wallet from his pocket and along with money to pay, he took out a folded piece of paper--a piece of paper with angry red words.  He'd saved that letter. At that moment, I vowed to never again send anyone anything I'd written before holding it twenty-four hours.

Here's the tip:  Like a good steak, writing benefits from a rest period. 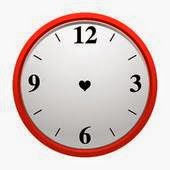 From the time I finish what I consider the final rewrite, I don't send out anything I've written until I've waited at least twenty-four hours. At that time, I read it again.  Inevitably, I'll find at least one thing that can still be improved. Frequently, what I change is simply one word, but last week, I let one of those solve-it-yourself mysteries rest and when I went back to it, I realized that the protagonist's name was wrong.  I'd needed a name that began with the letter D and called her Deborah when she was actually a Delores.

We teach that stories need conclusions, so here's the conclusion to my opening tale.  The last I heard about him, he was on his tenth marriage and his older son was creating a track record very much like his dad's. Children learn what they live (and so do writers).