Thanks to the October-November 2013 issue of the AARP magazine, I've learned that there's a name for something I've been doing for the past year or so, since I got an iPad and a flat-screen computer and joined Netflix and Hulu Plus: binge watching. According to AARP, it's even age-appropriate. I'm taking advantage of my access to old as well as current TV series to watch consecutive episodes of series that I loved and some that I missed, not to mention catching up with series that are still running that I've heard about but haven't had a chance to try.

The author of the AARP article cites a media psychology expert, saying "she sees binge watching as empowering: It allows viewers to watch TV the way they might read a book." As it happens, I am an expert on addictions and compulsive behavioral disorders myself, and I try not to cross the line with any pleasurable activity. Not being perfect, I occasionally risk a headache to watch one more episode instead of quitting while I'm ahead--the equivalent to staying up till 3 AM to finish a suspenseful novel. But by and large, it is like reading a book: once I'm drawn into the story, I want to keep going, and I stop noticing how much time is passing.

As with books, my tastes are idiosyncratic. A certain percentage of my favorite shows are British crime series, some based on novels that I read and loved, some not. Some are American--fewer crime series, as I don't like the graphic gore in many shows, but there are some wonderful legal and political dramas. I like well-acted, well-written period pieces. And I'm always curious about shows that speak to my other particular interests, such as recovery and country music. I'm less likely to watch a show whose protagonist is an active alcoholic or drug addict with no recovery in sight (bor-ing!). I prefer the commercial-free Netflix streaming or DVDs, or those on HBO and PBS (both have free apps), to Hulu, which has commercials, but I'll put up with them for the sake of a series (or past seasons) I can't get otherwise. I do draw the line at laugh tracks, which bump me right out of the story.

Here are some of the crime shows that I've watched so far: 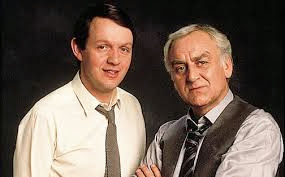 Inspector Morse: Oxford beautifully photographed, murders intelligently solved. Morse is my exception to the rule about active alcoholics. The byplay between Morse and Sergeant Lewis is delicious. 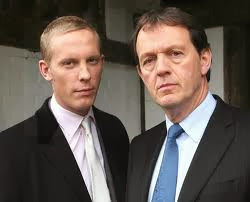 Inspector Lewis: Even better! For a while, I alternated episodes of Morse and Lewis for the fun of seeing Kevin Whately age and become young again every evening. 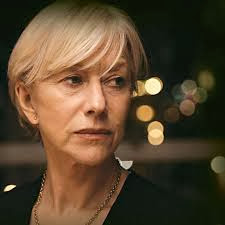 Prime Suspect: Nice to see Helen Mirren at the beginning of her ongoing prime, and I'd never seen the later episodes. 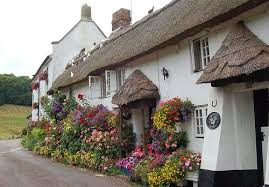 I recently learned there's a new DVD of Season 23, when Barnaby's retired and his cousin John takes over. I'm hoping it will soon appear on Netflix.

Dalziel & Pascoe: Based on the late Reginald Hill's brilliant books. After the first few seasons, the show went off in its own direction, divorcing Pascoe's feminist wife Ellie and making up its own mysteries instead of using the exceedingly brainy later books or delving more deeply into Sergeant Wield's love life. Netflix has it on DVD only, and Seasons 7 and 8 are not yet available. 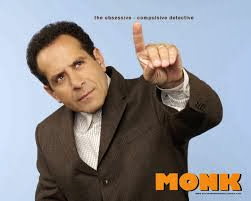 Monk: Tony Shalhoub is brilliant as the obsessive compulsive detective, and San Francisco has never looked better. I had seen the first few seasons with Sharona but not the later ones with Natalie as Monk's assistant. I spot a lot of the clues much too early, but that's happening to me with novels too--the down side of being a mystery writer myself.

Sherlock: The present-day version with Benedict Cumberbatch as a Holmes who manages to be appealing in spite of having a lot more brain than heart and Martin Freeman, looking just a little like a hobbit, as a blogging Watson who has recently returned from, yep, Afghanistan. The first two seasons had only three episodes each, but they were doozies. Season 3 starts this month, and I can hardly wait.

To be continued in a future post.
Posted by Elizabeth Zelvin at 00:01