by Leigh Lundin
Last week, I published Anton Chekhov's 1884 short story, The Swedish Match, apparently not short enough for a few. To the regret of mystery fans, the anticipated payoff of a detective dénouement evaporated by the end of the story.

The tale reminded me of Trent's Last Case by E.C. Bentley, a send-up of Lord Peter Wimsey, Ellery Queen, and the amateur sleuth genre. The Swedish Match seems less entertaining for modern audiences who must parse a Victorian translation of the original Russian.

When Louis Willis brought Chekhov's story to my attention, I wondered what a Swedish match was. I investigated and illustrated the story with the results, historical photographs of red phosphorus safety matches. In my research, I discovered one of the most interesting bandits of the past century was responsible for the real Swedish Match– and a strong case for murder.

It turns out Swedish Match is a century-old Swedish company with much older roots and deep American connections. Prior to World War I, the match industry was already decades old and in Sweden alone comprised some twenty manufacturers.

Bear in mind matches were an essential of the era. Every business, every household, every government office needed matches daily for lighting fireplaces and furnaces, lamps and lanterns, and of course tobacco. Matches were a simple must-have product.

This is how Kreuger worked it: His father already owned a match company, but Ivar wanted to merge with the nation's largest match-maker, Jönköping-Vulcan. The much larger company was not interested. Kreuger bought up numerous small competitors and controlling interest in raw materials, gaining control of the forest industry in Sweden. But then Kreuger did something that would set him on a path for future business– he inflated the stock value of his company. This time when he approached Jönköping-Vulcan, they believed his holdings much larger than they actually were and agreed not only to a merger but as a subordinate party, turning over control to Kreuger.

The tail wagged the dog. Svenska Tändsticks, now a monopoly, rapidly spread into Norway, Finland, and targeted the rest of Scandinavia. Swedish Match became so wealthy, it lent funds to governments in post-WW-I reparations, in exchange negotiating monopoly rights country by country. With other holdings in America, Kreuger secretly moved on the Diamond Match and Ohio Match companies, hiding his actions from federal antitrust watchdogs. At his zenith, Kreuger controlled roughly 70% of the world market and 100% in many countries. And that's just the tip.

Kreuger (or Kreüger– the family apparently used both) was one of those rare entrepreneurs blessed with multiple business talents and the ability to persuade others of his prowess. A fascinating character, he amorally manipulated the enormous sums invested with him.

Before becoming interested in his father's match company and other family businesses, Kreuger studied engineering in the US and, except for opening a restaurant in South Africa, he began working in America. There he came across a new pre-stressed concrete and steel construction technique developed by Julius and Albert Kahn. Kreuger returned to Sweden intent on exploiting this new method in Europe. He began a construction business with his cousin and a friend, soon landing a number of prestigious European contracts. Kreuger's company introduced the concept of completion date commitments and went on to earn hefty bonuses for every project. 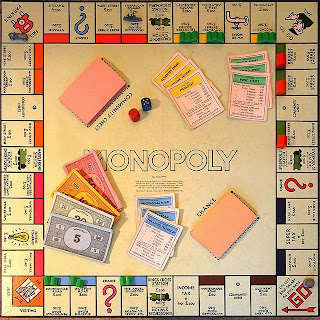 A Bed of Coal

Using securities and stock in his own company, he began buying a virtual Monopoly board of businesses– banks, railways, real estate, manufacturing, timber, and mines, especially gold mines, iron and coal. In some industries he grew to dominate half or more of the world's market. He considered taking over Sweden's entire telephone system and owned more than half of a company you know, Ericsson. In fact, you know a lot of companies Kreuger controlled: IG Farben, Bayer, the Diamond and Ohio Match companies, and several banks, as many as 400 enterprises in all.

And while his companies consistently produced quality goods, Kreuger financed his acquisitions in ways that would leave Bernie Madoff gasping. In normalized dollars, Kreuger the engineer, fabricated the largest financial schemes in history.

Indeed, Enron and the banks, brokers, and insurers that precipitated the 2006 Wall Street debacle used techniques pioneered by Kreuger. He invented many of the methods still in use today to avoid oversight and regulation.

Pause for a moment. I'm a devout believer in entrepreneurism and a market economy. But I'm also wary when lobbyists and politicians begin calling for deregulation and tearing down investor protections, claiming they learned their lessons and business needs to grow and expand unhampered by pesky regulations.

The one lesson you can bank on is that business is incapable of policing itself. And that's what regulators do– keep companies on the straight and narrow path.

Even so, companies continue to go out of their way to avoid oversight and they use the same arguments today Kreuger used a century ago, among them that investors don't need to know. Modern corporations today use off-balance sheet accounting justified by Kreuger. The rationalization is if you the investor makes money, what do you care if company officers use accounting sleight-of-hand to become extremely wealthy? 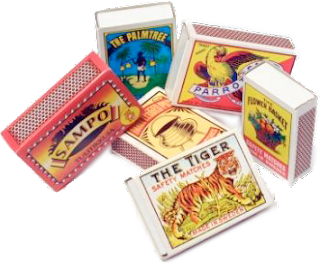 Kreuger invented a number of financial instruments in use today, among them convertible debentures, stock dilution, B-shares, unsecured debt, and junk bonds. As mentioned above, Kreuger would trade stock within his own company to buy other companies, but not just any stock. He invented B-shares worth 1/1000 of his own presumably A-shares. Like other high-flying CEOs each decade sees, Kreuger used companies as his own personal piggy bank, supporting toys and houses around the world and entertaining celebrities and movie stars of his day.

And then came the crash of 1929. Kreuger was heavily vested in America and America had invested heavily in him. He zipped country to country, continent to continent, trying to bolster his firms that in financial terms had become hollow shells, some worth fractional pennies on the dollar. His indebtedness to Swedish banks alone totaled half of that nation's entire gold reserve. In other countries, his debt was incalculable.

In March 1932, Kreuger sailed for Europe from the US for the last time. On 12 March, two days before Kreuger was to meet with Riksbank's chairman, his personal maid found him dead in his Paris apartments, apparently shot through the heart. The French Sûreté concluded he'd committed suicide.

But not everyone believed it. Kreuger's brother Torsten contended Ivar's death wasn't suicide, but murder, noting a number of curious anomalies. Three decades later when documents became public, the mystery thickened along with certainty his death was a homicide, possibly by Soviet assassin Leon Birthschansky, thereby spawning numerous theories in articles and books.

The economic devastation following Kreuger's death and revelations his business practices had gone so bad resulted in the financial press giving the fallout his name, the Kreuger Crash, further fueling the now worldwide Great Depression.

The financial world portrayed Kreuger playing with other peoples' monies in a global Ponzi scheme. Some, more thoughtful and suspicious, challenged that notion, noting the man was a positive influence offsetting the rise of the far left and the far right, the demons of Stalin and Hitler. In that light, political forces of evil paid assassins to remove Kreuger from the world stage and then rewarded his complicit competitors like the Wallenbergs, allowing them to raid and gut his companies. Of course it's possible both contentions are true.

Kreuger's such a fascinating character, multiple authors claimed him as a subject, the most recent book coming out just three years ago. Movie makers and playwrights couldn't resist the topic either. And here we turn to another famous Russian author who wrote about the Swedish Match, Али́са Зино́вьевна Розенба́ум– Alisa Zinóvyevna Rosenbaum. You know her as Ayn Rand.

Ayn Rand used Kreuger as a model for the character Björn Faulkner in her 1935 play set as a courtroom drama murder mystery, Night of January 16th. The play is notable for selecting members of the audience as jury members, who decide the verdict resulting in different endings, depending upon the jury's decision.

Thus we end like we began with another great author of Russian origin writing about the same product from the same company, but an entirely different crime. The drama is matchless.
Posted by Leigh Lundin at 00:00