Why Didn't They Just Leave?

I had a nice little blog post all set up and ready to go for today, but you're going to get it next week because I am pissed off and need to get this off my chest: 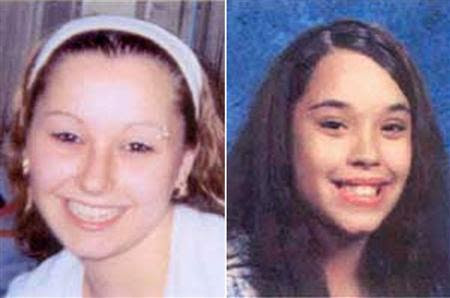 Some days you get up, watch the news, and just get pissed.  I did after hearing about the 3 women, held captive for 10 years in Cleveland, who were finally set free, thanks to one of them screaming loudly and a neighbor who (God bless him and keep him) came to her rescue.  That was wonderful.  What wasn't, what pissed me off so badly I am on a rant, was all the pundits, raising as always the ugly, stupid, evil question of why didn't they escape before?  Why didn't they run?  Why didn't they disarm their captors?  Why didn't they -

And which point, gentle readers, I went into a profanity enhanced symphony in F Major, screaming at the TV set, and at everyone who has ever thought, "Why didn't they get out sooner?"

Disclaimer:  I have never been kidnapped and held captive against my will.  But I did grow up in your classic alcoholic prison home, the kind full of secrets and violence, where no one from outside was allowed in (they might find out!) and no one was allowed out without specific permission and very specific threats if any mention was made of the crap that was going on.  As a child, I wasn't allowed to participate in extracurricular activities, from band to sports - I wasn't to be trusted.  At the time, I thought it was that they didn't trust what I would do, that they thought I was going to go hog-wild with sex, drugs and rock and roll (which I did, later, after I left, and had a hell of a time, which I rarely regret).  Now I know it was that they didn't trust what I would say.  No one could know what was going on in our three bedroom ranch with the nice lawn and the two car garage...   And it wasn't nearly as bad as some of the other situations in our lovely little suburb, like the family across the street, where the father raped his three daughters regularly.

Second disclaimer - this was the late 50's, early 60's, where everyone knew that things like rape and incest didn't happen, any woman or child who showed up in public with a black eye or other obvious bruises deserved it, and any child who reported such behavior was obviously a pervert themselves.  The result was that all of us kids knew what was going on in that house - but we never dared tell anyone.  Whenever someone talks about the good old days, I bring up the house across the street, and how no one did - or seemingly could do - a damn thing about it.  At least now you can call Social Services.

Why don't people leave horrible situations?  Because.  It is frighteningly easy to convince almost anyone that they are worthless, that they deserve what they are getting, how they are being treated, abused, beaten, etc., that no one cares about them, that no one will ever care about them, that they have no future, no hope, no nothing outside of the current situation, the current power-holder.  It is frighteningly easy to isolate someone from everyone else on the planet - and that's in "normal" relationships, without locks and handcuffs and cells in the backyard or basement.  It is frighteningly easy to threaten someone not with death - death would be easy to face - but with the forever of it, with it always, always, always getting worse.  And worse can be, and usually is, manufactured at any time.

And that's with adults who chose each other.

Now, think about kidnap victims, who are usually kept tied up, imprisoned (closets, basements, etc.), threatened, beaten, raped, drugged...  When exactly are they supposed to get free?  How?  And when the kidnap victim is a child...

Jaycee Dugard was eleven years old; Elizabeth Smart was fourteen; Steven Gregory Stayner was seven; these three women were teenagers.  What were they supposed to do?  Act like Rambo?  How?  Steven Stayner actually did escape, but that was after his captor, 8 years later, had kidnapped a five year old (!) and young Stayner was so upset by the poor boy's distress that, while their captor was at work, Stayner took the five year old and went into town (I'm sure he was scared out of his wits the whole time), where they were found by the cops.

It's amazing that any of these eight came out alive.  Ever.  What's frightening, what is unbearable to think about, is to think of the ones who don't.  Right now there are people who are being held in someone's basement, back yard, closet, house.  Who have been held for days, weeks, months, years.  Who will never be found, never come out, never be set free, unless someone spots something wrong.

So, let's all agree that the next time someone says "Why didn't they get out sooner?" we will bust their chops.  And pray for everyone held captive.  And if you know of someone who's doing terrible things - in the house across the way perhaps - what the hell.  Call the cops.  Call Social Services.  Make someone listen.  Maybe someone else will finally be released.

Eve, I agree with you wholeheartedly. My constant complaint is all the "why?" people. No matter what happens, they have a "why didn't they?"
By the way, I'd read your autobiography in a heartbeat, fictionalized or straight up.
Have a great day and thanks for saying this so well.

Gotta say, it's nice to find somebody else who gets as stirred up when ignorant people spout off about this stuff as I do.

My time in SERE school did a lot to educate me, concerning prisoner and hostage behavior and the pressures that lead to this behavior.

Thanks all - sometimes rage works. ;)

This story had a happy ending; at least as happy as can be expected. I applaud the courage Amanda showed, and I believe she acted out of concern for the others as for herself (ala Stayner). Those who question why this wasn't done long ago have no idea what threats, torture, went on. Your situation, Eve, helps you to understand.

May this monster get what he deserves. I can't think of a punishment severe enough.

Well done, Eve. Even short of actual captivity--alcoholic families are an excellent example--if the feelings of shame and worthlessness are planted early enough, they can't be taken away by reason. Inside every adult who accepts abuse and stays in a destructive situation is a wounded, terrified, and above all unconscious inner child.

Dear Eve: What also irritates me is the political figures, and town officials who contrive media conferences to remind us how important they are. As if, without their existence, these unfortunate girls would never have seen the light of day. I guess we're all supposed to be stupid. That's why we keep electing them. Yours truly, Toe.

Come on, Eve, tell us what you really think. No more beating around the bush.

Good piece. I was impressed by something someone wrote about the statement by Charles Ramsey, the neighbor who helped with the rescue. He said he had thought it was a domestic violence incident. The writer pointed out that that statement is usually given as an excuse for NOT getting involved. Bravo to Ramsey for stepping up.

Last year I read the novel Room by Emma Donoghue about a captive woman as told by her little boy born into captivity. It's an interesting insight, but in no way covers the feelings and terror of women who've been brainwashed or subjected to Stockholm syndrome.