by Louis A. Willis
Last March, I wrote a post about the “Failure of the 13th Juror” in which I discussed the trial of three men and a young woman who carjacked and murdered a young couple in 2007. In 2009, all four were tried and found guilty. However, the original trial judge (whom I called Judge P) was later discovered to have been using two parolees in his charge to obtain pain pills. Consequently, he was removed from the case and a new judge (whom I called Judge G) was appointed.

Over the prosecutor’s objections, Judge G granted new trials to the three men without holding a hearing, ruling that Judge P’s conduct was enough to warrant new trials. The State Appeals Court ordered him to hold hearings. He refused. So, he was removed and a new judge (I call him Judge T) was appointed.

The prosecutor agreed that Judge P had been under the influence of something during the trial of the young woman. She was granted a new trial and again was found guilty of facilitation in the rape and killing of the female victim and sentenced to 35 years.

As for the third male, the prosecutors had argued that, although he did not participate in the crimes, he benefited from them when he used the car to run errands and stayed in the house where the young woman was raped and murdered. Judge T, acting as the 13th juror, concluded that there was no forensic evidence connecting him to the carjacking and murders and granted him a new trial.

The second male, the leader’s young brother who was sentenced to life in prison, wanted a new trial because he was beaten up in prison. Since forensic evidence connected him to the crimes, Judge T denied his request. 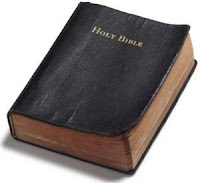 The ringleader’s argument for a new trial is the most interesting. His defense team argued that the jurors were influenced by religion when they convicted him. One of the jurors admitted that after dinner one night he got permission from the court staff, picked up his guitar, and began singing Christian songs. The other jurors joined in. They also read Bible verses. Since DNA tied the ringleader to the crimes, Judge T also denied his request for a new trial.

Jurors are not supposed to discuss the case outside of the jury room. I guess the defense felt that singing gospel songs and reading the Bible could be interpreted as discussing the case. I’m not sure how, but it might be possible. 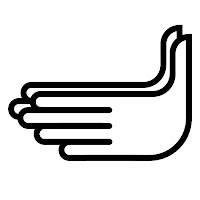 Another twist to the case: the previous two judges allowed relatives to wear buttons showing pictures of two victims and sit where the jurors could see the buttons. Judge T nixed that bit of theater. The relatives must sit two or three rows back from the front bench if they choose to display the buttons.

Should singing and Bible reading during jurors’ down time be prohibited because it could influence their decision?

And yet another twist: The original judge, Judge P, was found guilty of misconduct in state court, dismissed from the bench, and allowed to keep his pension. The Justice Department stepped in and tried him for misprision of a felony, i.e, lying to other judges and officials to keep his drug-supplying mistress connected to her supply network. He was found guilty and sentenced to six months and loss of his pension. His defense team filed a motion to allow him to remain free pending an appeal of the conviction. However, Judge P later changed his mind and decided to do the time. His appeal could take a year or more, and he’ll  be free by the time it is completed. Still, he wants it to go forward because he could get a new trial or dismissal, even though he will have already paid the price for his actions.

Well, I guess six months in the prison of his choice, humiliation, and loss of pension could be considered a high price to pay for breaking laws he was sworn to uphold. Were the scales of justice truly balanced in his case?
Posted by Louis A. Willis at 00:00