I like to hear about favorites, of any kind: novels, stories, authors, movies, TV shows, restaurants, cities, vacation spots. Discussions like that can not only tell you a bit about the person naming the favorites, they can also provide recommendations for your later enjoyment. One of our best family trips--two weeks in DC, with stops at Mount Vernon, Williamsburg, Jamestown, etc.--happened because we had talked with a neighbor who'd been there and done that and said it was her favorite vacation.

That certainly applies to reading material. I like to find out what books my friends have enjoyed the most. That's the way I discovered Harlan Coben's Tell No One, Grisham's A Time to Kill, Follett's Eye of the Needle. And one of the guys in our writing group made what I thought was an interesting observation the other day: he said that your favorite books--not always, but often--are those you occasionally like to re-read. That's especially easy to do with favorite short stories (because, well, they're short).

The same can be true of movies. I have hundreds of DVDs stacked up in my little home office--I absolutely LOVE movies--and there are some that I find myself plugging in every now and then and watching again. I suppose those qualify as my favorites.

Given the theme of this blog (we're all mystery lovers), and the fact that I needed to come up with a topic for today's column, and the fact that my film preferences seem to have a history of violence, I decided to make a list of my most-often-watched mystery/crime/suspense movies. On the off chance that anyone might be remotely interested, here are thirty of them, in no particular order:

Body Heat -- neo-noir at its best

The Silence of the Lambs -- rookie FBI agent vs. serial killer

Crash -- different stories that converge and "teach a lesson"

Dirty Harry -- did he shoot six guys, or only five? 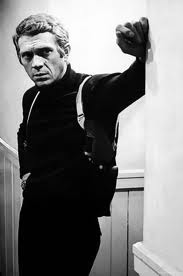 Once Upon a Time in America -- Sergio's gangster epic

Witness -- a Philly cop among the Amish

To Kill a Mockingbird -- the education of Scout Finch

Rear Window -- a peeping Jimmy in the neighborhood

The Spanish Prisoner -- great puzzle, with Steve Martin as a bad guy

Fargo -- kidnapping and woodchipping in the Far North

The Godfather -- this is business, not personal

Remember, these are personal favorites; they are not necessarily the best of the best. Titles like Chinatown, The Big Sleep, Mystic River, The French Connection, North By Northwest, The Maltese Falcon, Goodfellas, The Untouchables, etc., belong on every list of "best" crime/suspense films, and I liked them too. But what can I say?--this is an opinion column, and the thirty movies listed above are the ones I most enjoy watching again and again.

At least for now. Last year my list might've been different, and next year it probably will be different.

Isn't that part of the fun?

Something I forgot to mention: If anyone has recommendations (favorites) to share, I'd enjoy hearing about them. Several of the lesser-known movies on my list--Blood Simple, In Bruges, The Spanish Prisoner--I would never have known about, otherwise.

John, Several of the movies on your list this year are included on mine. I believe you love lists as much as you do movies and wonder if your wife makes "honey-do" lists for you.

Well, John, since your request went up almost at the exact moment as my comment, I'll add one old movie that makes my list every year. SEA OF LOVE. I'm not quite sure why, but I've watched that movie hundreds of times.

Fran, I liked that one too, but I like almost all Pacino movies. And almost anything that features John Goodman.

I can't figure out this fondness I have for lists. In everyday life I make them so I won't forget something important. And no, my wife's not much of a listmaker. We've been married so long now, she just points and I salute and do what she wants done.

Great list, John! We share many (most) of those as favorites. How about "A Simple Plan" and "The Last Supper"?

How about Millers Crossing, Lucky Number Slevin, and The Lookout?

John, A great list. A lot of my favorites on there as well. I would also include "Anatomy Of A Murder".

I "discovered" In Bruges on the recommendation of Kurt Sercu, proprietor of Ellery Queen a Website on Deduction. Kurt, Martine and their children live in Bruges. After seeing the movie he sent me an email chronicling the things that were "wrong" or changed about the town in the movie. The list would make an interesting article on its own.

To Kill a Mockingbird is not only a great movie but the source of a lot of trivial pursuit questions, viz., who played Boo Randall (in his first role) Answer, Robert Duvall. And who was Scout's summer friend modeled after? Answer, Harper Lee's life long friend Truman Capote.

BTW, I have been off all week due to lack of internet in Tortola. Somehow it just clicked back on. Typing this while gazing down on Smugger's Cove.

And, on the lighter side of things, "The Cheap Detective" (one of my all-time favorites), "Clue", "Murder by Death", "The Wrong Box" and "Manhattan Murder Mystery".

Thirty films and no Basil Rathbone pictures? Other than that glaring omission, I enjoyed the list, John.

I've been out of town for most of the day and just got back to find these wonderful comments. Just as I had selfishly hoped, y'all have supplied some great movies for me to plug into my already bulging Netflix queue. (I'm actually not sure how I could've omitted The Lookout, A Simple Plan, Miller's Crossing, etc.--I LOVED those--and I haven't seen The Cheap Detective or Anatomy of a Murder in years. And yes, Terry, you're right about Rathbone too.)

John, you KNOW how I love movies, too! My all-time favorite is another Steve McQueen film, Papilion. EVERY time I fnd it on TV, I am powerless to not watch it. It is a great story, a true story and one of such determination. I also was told your choice movie tells a lot about you. So, interesting choices everyone.

Great list, and bravo for including little seen gems like Spanish Prisoner, which was directed by David Mamet. Another little-seen gem he wrote and directed is House of Games.

Deborah, you're right about Papillon. I saw it again a few weeks ago. A wonderful story of the human spirit.