A Paradigm Shift in the Collective Unconscious 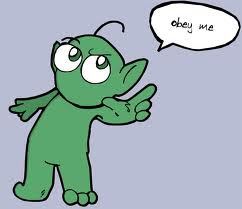 I never understood the term “paradigm shift” until everything started changing, and I got it: a change in the general culture that’s so massive that nothing is ever the same. I don’t have to spell out the paradigm shift we’re going through today: the explosion of technology—and its miniaturization, which I consider its least anticipated aspect—that has made mysteries and even science fiction of the 1980s and 1990s utterly outdated. New inventions in both communication and transportation have changed everything about how we connect with one another on our shrinking planet. 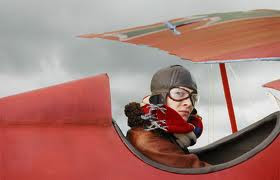 For my parents, born shortly after the turn of the twentieth century, it was World War I. When they were born, there were no airplanes and few automobiles. People functioned without radios or telephones in the home. As those of us who love British mysteries and historical novels know, before the War, the hierarchical class structure separating Upstairs from Downstairs was intact. After the War, it started to crumble, and after World War II, it had essentially vanished.

For the generation just ahead of mine, the watershed was World War II and plastics. My ex-sister-in-law, twelve years older than I, was a teacher, and for some reason I have a vivid memory of her telling about a conversation with her class about the world before plastics. “What were picnic forks made of?”
“Wood.”
“What were raincoats made of?”
“Cloth.”
What were pens made of?”
“Metal.”
“What did people wrap things in?”
“Paper.”

It’s odd what memory latches onto: I remember my son, now in his early forties, telling me about a new development called the World Wide Web. “It’s going to revolutionize how people use computers,” he said, and so it did. A couple of years before the ubiquitous cell phone appeared on the streets of New York, I remember an online mental health professional colleague saying on an e-list, “The last two revolutions in the Philippines couldn’t have been conducted without cell phones.” 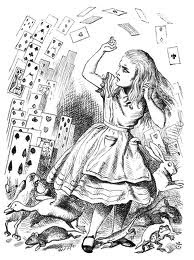 Until quite recently, as, once again, British novels bear witness, educated people had a cultural common ground based on literature that they could draw upon and refer to in a reasonable expectation of being understood. Everybody who read had read Shakespeare and Alice in Wonderland. Lord Peter Wimsey could quote from either, and we knew what he was talking about. We had even read Homer, if not in the original like Lord Peter (when I went to college, the Iliad and the Odyssey were required reading in Humanities 1), and could field a reference to Achilles or the Trojan War with ease. In contrast, I remember a conversation with a fourteen-year-old cousin in 2004 or so about the movie Troy, which reduced that epic conflict from ten years to three days and took many liberties with the plot. “Have you read the book?” she asked.

Nowadays, not only have our culture’s reading habits changed dramatically, but there’s too much to read. Politics have decreased the attention in the school curriculum that was once paid to “dead white males” like Shakespeare and Lewis Carroll. This is not all bad. I would have loved to be made to study Little Women or The Help instead of Silas Marner and Giants In the Earth, the two most stultifyingly boring novels I can remember being assigned in school.

As the fact that a billion people worldwide watched the Oscars this year attests, movies occupy the space in the collective unconscious that used to belong to books. Movies provide the material by which we communicate through common points of reference. Most people know The Wizard of Oz and Gone With the Wind and The Godfather from the movies they became, rather than the books they were based on. Instead of “To be or not to be, that is the question,” “My kingdom for a horse,” “I can believe six impossible things before breakfast,” or “It was the best butter,” we all resonate with “We’re not in Kansas any more,” “Tomorrow is another day,” and “I’m gonna make him an offer he can’t refuse.” How many people nowadays know that Dorothy originally had silver shoes, not ruby slippers? Some of us have read the books. But the reason everybody knows these references with all their implications is that we’ve seen the movies.
Posted by Elizabeth Zelvin at 00:01