The Dean of SleuthSayers

When I began David Dean's The Thirteenth Child, I didn't know what to expect. I'd admired the Baroque cover art and read David's article of a semi-feral child who haunted his neighborhood, but all I'd heard were rumors that it wasn't really a paranormal novel, which sort of hints at paranormal elements, doesn't it? I mean if someone says Mr. Soprag isn't really an alcoholic, you'd think umm… But when Fran and David say it, I believe them.

Besides, I know David Dean is a good writer from his stories in Ellery Queen. Thus with curiosity, I delved into the 226 page novel and I began to understand those not-really-paranormal rumors. I shy away from analogies with other writers, but the novel bears comparison with the best and most intimate of Stephen King. I won't give away anything more because I want you to discover what it's all about like I did.

The two main protagonists, Police Chief Nick Catesby and the town egghead/drunk Preston Howard, find themselves dealing with a child abductor. To clarify, the Police Chief tries to find the abductor and Preston is trying not to be taken for the perpetrator and not succeeding very well. To further confuse the situation, Chief Catesby tangles with office politics and becomes caught up in a relationship with Preston's daughter, Fanny.

She's a sweetly fetching daughter, and here the author paints an appealing picture of the girl next door– kind, intelligent, patient, generous, and unfortunately long-suffering when it comes to her father. One of the wonderful lines from the novel is that she doesn't stop forgiving because she can't stop loving. She's someone we want to know, the woman who cushions the hard edges of society and life. 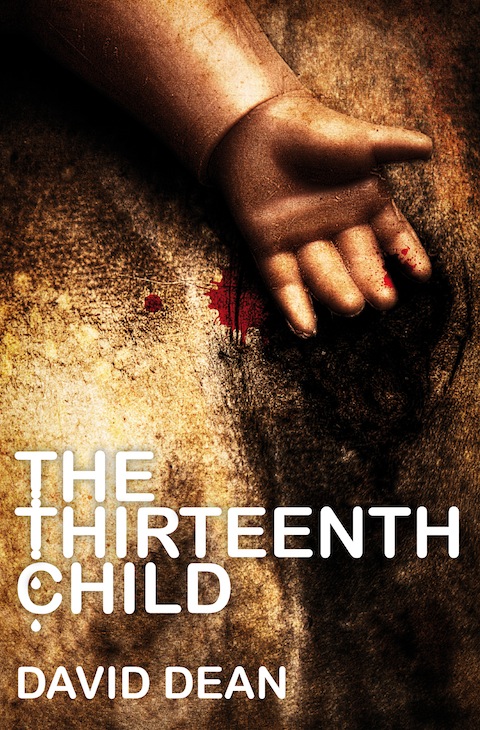 And finally, the author gives us not one, not two, but three people we love to hate: two cruelly vicious teenage boys and a backstabbing police captain who attempts to exploit the situation. I like to think the boys might learn a lesson, but I doubt Captain Weller ever will, despite a well-deserved comeuppance. (I identify with this because the dynamic between Chief Catesby and Captain Weller is surprisingly similar to a situation in some of my own work.)

The author enhances the texture of the plot with an underlying fabric of history, making the plot a richer experience. Dean sets scenes well– we see and feel the woods, an abandoned rail line, the inside of a church, the room where Preston lives, and a mouldering burial crypt. The author adeptly builds an atmosphere of menace.

At one point, the peril from two teen boys feels more immediately deadly than the perpetrator. The story perfectly captures the essence of young bullies. The reader has no doubt any of the three will kill, but the perpetrator is what he is, albeit with a scheme of his own, while the teen boys choose to be cruel.

The author, a Jersey Shore police chief, gives the reader confidence he knows the policing side of the case, and he manages it subtly without drowning us in procedural details. All in all, he creates a town we'd love to live in, at least when Chief Catesby is on duty and David Dean is there to tell the story.

If you like classic Stephen King, you'll love David Dean's The Thirteenth Child. It's murderously good.
Posted by Leigh Lundin at 00:00

As someone who frequently writes L-O-N-G comments, I'm surprised that I only have one word for Leigh's comments on David Dean's THE THIRTEENTH CHILD--AMEN!!!!

I concur absolutely. I enjoyed it a lot.
Thanks to Sleuthsayers, I've found some new, good writers.

Oops… I had to fix a couple of typos, but that shouldn't detract from David's great story.

Thanks Fran and Janice--it's wonderful to hear such words from contemporaries that you admire. Nothing like it.

Leigh, you really took me by surprise here. I had no idea that you were preparing a review for SleuthSayers, and to tune in this morning and discover it was such a treat. Thanks so very much for your thoughtful and kind words; thus enboldened I just might be able to get this next book written after all.

By the way, in the interest of full disclosure, the flattering photo of me is now five years old and does not, I fear, reflect my new reality. Since those halcyon days my hair has grown longish and I sport a grey goatee--if I were a great deal taller and more dignified looking, I might pass for the seedy Preston Howard of my book.

Anonymous, I think Leigh steered clear of one of the main characters in the book in order not to spoil it for future readers--he is a monster; but not supernatural. He is of living flesh, must have nourishment, and can be killed. He cannot fly, walk through walls, change shapes or read your thoughts. Preston names him "Gabriel" after the H.H.Munro story, "Gabriel Earnest."

Here is what one writer had to say about him, and the book, "With THE THIRTEENTH CHILD, David Dean has pulled off both the creation of a new kind of monster, and a fine and unnerving novel around that creation. Gabriel, the ancient, murderous creature at the book's heart, is by turns frightening, pathetic, and genuinely otherworldly, and THE THIRTEENTH CHILD left me intrigued, moved, surprised, entertained and impressed."

So, in brief, it is a horror novel, but the monster is not paranormal...though certainly not normal by any standard.

Well, David and Leigh, I meant to post here yesterday. But, instead I went and bought the book from Amazon. Can't wait to dive in!
--Dix

Thanks, Dix! I hope that you enjoy it.