In Pursuit of Mystery Trivia

Last week I did some housecleaning, in the form of thinning out my vast collection of hardback books. I do that every now and then only because I'm forced to--by my wife and by the fact that no matter how big our house is, it's still not big enough for a steady inflow of non-e-books--and as a result I always wind up giving some to the library, some to friends, and some to the garbage crew that comes by every Tuesday and Friday.

The point is, in every one of these sad (for me) "inventories" I seem to find something that gives me an idea for a SleuthSayers column.  This time it was a delightful little collection of questions called The Mystery Trivia Quiz Book, by Kitty Reese and Regis Sinclair. I've long since forgotten where I bought it, or even why I bought it, but I couldn't resist sitting down and paging through the questions. (Now my problem is deciding whether to keep the darn thing or toss it overboard.)
Here is a sampling of the brain-teasers I found there, plus a few of my own. Some are easy, some are tough, and some are just plain silly, but I hope all of them bring back for you (as they do for me) fond memories of mystery novels, stories, authors, movies, and TV shows.

1. What was the full name of Sherlock Holmes's landlady?
2. In what magazine did Dashiell Hammett's first Continental Op story appear?
3. What was Evan Hunter's best-known pseudonym?
4. Who killed Richard Kimble's wife in TV's The Fugitive?
5. What's the name of Bill Pronzini's famous detective?
6. Who played the gangster who carved up Jack Nicholson's nose in Chinatown?
7. What fictional series character hitchhikes across America carrying only a toothbrush, an ATM card, and the clothes on his back?
8. Where did Nick and Nora Charles stay when they were in New York?
9. What mystery (and former Western) author wrote the novel Hombre and the short story "3:10 to Yuma"? 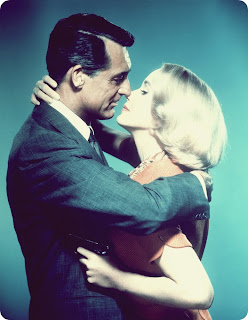 10. What Poe story is considered to be the first "locked-room mystery"?
11. What was taken in John Godey's novel The Taking of Pelham One Two Three?
12.  Who played a judge in the final episode of Perry Mason, telecast in 1966?" (This one isn't as hard as it sounds.)
13. In what city was Spenser based?
14. How do you pronounce Ngaio Marsh's first name?
15. In North by Northwest, what is Cary Grant's reply when Eva Marie Saint says, "Roger O. Thornhill. What does the O stand for?"
16. Who shot J.R., on TV's Dallas?
17. What was the basis of many of the titles of Martha Grimes's detective novels?
18. What was Mike Hammer's secretary's name?

19. What did Bullitt, Vertigo, The Maltese Falcon, and Dirty Harry have in common?
20. Who lived on a houseboat called The Busted Flush?
21. Edgar Box is the pseudonym of what writer?
22. Who always includes a number in the titles of her mystery novels?
23. Who played the murderer in Rear Window?
24. In Christie's The Murder of Roger Ackroyd--how did he die?
25. How did Nero Wolfe finish the following line: The only safe secrets are . . .

26. What TV character's name was taken from the British film industry expression "man-appeal" or "M-appeal" (which is what the series producers were looking for)?
27. What was Robert B. Parker's middle name?
28. What was Dick Francis's only collection of short stories?
29. Who was the voice of Charlie in TV's Charlie's Angels?
30. How did Hitchcock manage to do his trademark cameo in the cramped setting of the movie Lifeboat?
31. What's the name of the bog that borders the Baskerville estate?
32. In Richard Diamond, Private Detective, who played Sam (RD's answering service)?
33. What mystery writer is actually Dr. Robert William Arthur?
34. In which of the Thin Man movies did James Stewart play a suspect? 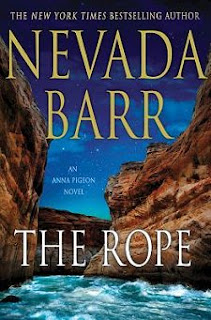 35. Who had to turn down the role of Indiana Jones because he was tied up filming a P.I. series?
36. What's unique about the settings of Nevada Barr's mystery novels?
37. In The Maltese Falcon, what was Sam Spade's partner's name?
38. Who were the two cousins who used the pen name Ellery Queen?
39. What Ben Gazzara/Chuck Connors TV series had the following format: the first half was spent catching the crook and the last half was spent convicting him?
40. What do P.D. James's first two initials stand for?
41. Who writes mystery novels starring sports agent Myron Bolitar?
42. Who was the producer's first choice to play Lt. Columbo?
43. The movie Heavenly Creatures was based on a crime actually committed by what popular mystery writer, when she was in her teens?
44. What musical instrument did Sherlock Holmes play? 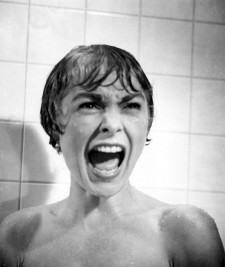 45. What TV private detective frequented a bar called Mother's?
46. What was used to simulate blood in the Psycho shower scene?
47. What do Robert B. Parker's Jesse Stone series and Steve Hamilton's Alex McKnight series have in common?
48. What did the dying man tell James Stewart in The Man Who Knew Too Much?
49. What is romance author Nora Roberts's mystery-writer pseudonym?
50. Which Agatha Christie novel featured Alice Ascher, Betty Barnard, and Carmichael Clarke?

That's it--put down your pencil and turn in your paper. By the way, if you felt comfortable answering half of these or more, I don't know whether to congratulate you or feel sorry for you. I will say that you probably spend more time reading and watching mysteries than you should. (I certainly do.) And shame on you, shame I say, if you Googled any of them.

In case anyone's interested, I will supply all fifty answers in my SleuthSayers column two weeks from now. Meanwhile, it's time to get back to my sorting and trashcan detail. Anybody want a copy of Tommy Chong's autobiography?