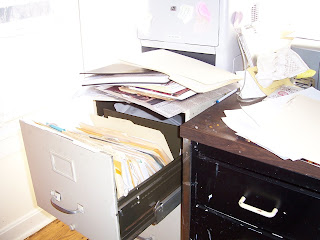 My dad used to say that education was the one thing that couldn’t be taken away from you, but he didn’t add that knowledge tends to stay with you in erratic ways. Take high school Latin, which was de rigueur for ambitious pupils back in the dark ages. I had two years with a nice old duffer and only later discovered that my academic interests would better have been served by Greek and my personal concerns by any modern language.

However, certain old Latin tags remain and lately I’ve had reason to revisit two of them, which I think should be emblazoned above every writer’s desk along with Nora Ephron’s Mom’s “It’s all copy, dear,” and my own dear mother’s, “It costs nothing to be polite.”

They are De gustibus non est disputantum, most felicitously translated for writers as “You can’t argue with editors,” and ars longa vita brevis, which, though it is usually presented as the permanence of art as opposed to the transience of life, may be rendered for the benefit of the scribbling trade as, “Live long if you want to profit.”

I have been thinking about these two old saws, because lately I have been able to empty my file cabinet of several stories and at least two books. Pieces written five, ten, even twenty years ago and rejected by the multitudes have suddenly brought me credit, if not cash. One story, close to my heart, will show up in Vengeance, the new MWA anthology, a fact I only mention because the story had gotten thumbs down from editorial desks for nearly six years.

Another, a novel, this time, was first written around 1990. I loved it – which doesn’t mean too much, being, as it were, the interested party, but my then agent, the now retired and still lamented, Kay Kidde, loved it too. So did a big time editor at a big time New York house. At least, he loved the beginning but then, alas, he sobered up or changed his brewski and decided he didn’t love it quite enough.

A bad omen. No one else loved it at all. Or if they loved it, they loved it with reservations, mostly about how many folks with cash in hand could be persuaded to take it home with them. In short, mice had eaten the edges and the setting had almost moved from contemporary (ripped from the headlines as one of my former editors used to say) to historical novel status, before Wildside e-books rode to its rescue. We’ll see how that works out.

Nor has that been my only triumph of late. Another novel which I initially thought a sure thing with a gay, promiscuous genius painter as protagonist and the Blitz as background seemed set to share a similar fate. I liked it, a new agent liked it, the editorial world, however, counted up my sales figures and didn’t like it at all. Or maybe it was the protagonist’s old nanny? Whatever, it has only now, half a dozen years on, found a home at Mysteriouspress.com.

Does this modest dose of good fortune indicate that there has been a wholesale, and wholesome, revolution in taste? I rather doubt it. I’ve just out-waited the fates. At this rate, and with my genetics – my late father survived into his 99th year– I have some hope of eventually publishing all the novels and most of the stories I have written in a life misspent at the writing desk.

A couple of other stories, long resident in the file drawer and the hard drive – am I the only writer who has to keep updating manuscripts as word processing programs go out of date? – have also gotten on the publishing docket, thanks to changes in editorial chairs.

And there’s where we come to de gustibus non est disputatum. Quality is not the only thing that determines whether pieces get sold. Luck and timing are easily as important, and influence in the form of friendly recommendations and tips about markets has to count for something as well.

Particularly now, when there are few magazine outlets (paying) for stories, when the most profitable companies are all subsidiaries of media cartels, and when print book reviews seem a dying art, the gustibus of a few key people becomes overwhelmingly important.

What’s a writer to do? Remember that non disputantum, only write if you love it, and live as long as possible. And unless you are one of the charmed few, hang onto your day job.
Posted by Janice Law at 00:01