Rebirth in a Smartphone


by Dixon Hill
SleuthSayers is about Reading and Writing and Mystery. 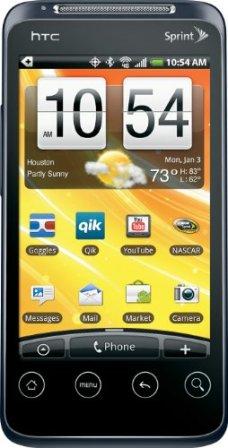 At least, that’s how I understand it.

So, this week’s blog is about all three: Reading, Writing, and a very special type of technical Mystery my dad and I experienced this past week.

An odd thing happened to me on Tuesday.

I became the new owner of a Smartphone with an unlimited data package.

This strikes me as odd, because — up until Tuesday — the only cell phone I had access to was a Virgin Mobile prepaid flip phone that didn’t even text very well. (Not that I have a lot of “texting” friends, at 49 years old.)

I don’t know about you, but I find that fact a bit odd.

( I know: Some of you are still thinking, “DIAL-UP?!? What — has he got a club in the corner that he hunts dinner with, too???” To those folks I would simply say: “It’s not a club; it’s a shillelagh. And it hangs in the sacred spot beside the empty slot where my Kukri (or Khukuri) used to hang. Because – as of last weekend -- my Kukri now hangs on the wall in my 4th-Grade son’s room!” And NO I did not trade my Kukri to my son for a smart phone. He asked if he could hang my copy of the famed Gurkha knife on his wall.)

Nonetheless, I find the fact that my phone can access this website much faster than my work computer a bit of a shock.

It shouldn’t really surprise me, of course. As the son of a guy who taught computer programming at the local university, my childhood was steeped in the belief that we would all be walking around with computers on our wrists by 2050 or so — which now sits just under two-score years away.

I personally thought we’d also all beat the morning rush hour by wearing personal jetpacks, by this time. Evidently, I was wrong about the jetpack thing. And, my smart phone probably wouldn’t fit too comfortably on my wrist, unless I were one of those guys who like to wear gladiator cuff-bracelets that extend half-way to the elbow. On the other hand, I can do things with this new phone that Dick Tracy never even dreamed about — even if he did have a two-way wrist radio!

Not only can I access the internet with my new phone, it’s also easier to read this blog on my phone, than it is on my computer. I mean: I can see the words better. That’s not a huge thing to me, when the person in question is myself. But, it had an entirely different meaning — a HUGE new meaning! — when it came to my 85-year-old father.

You see: my dad got a Smartphone the same day I did; we got them together.

He’d been out, the day before, with a woman who sometimes comes over to lend a hand. She drove him to an appointment, but made a wrong turn along the way. They got a bit lost. That’s when the woman pulled out her smartphone and brought up Google. She entered the address they were looking for, and her phone (as dad put it) “told her how to get there.”

Dad REALLY wanted that application! I think I know why he wants it, and it makes sense to me. In fact, it’s the whole reason we wound up getting new phones.

And, a magical thing happened at the phone store.

My dad’s sight was restored.

I don’t mean that his vision problems were miraculously cured. What I mean is: My dad was able to see something he hadn’t been able to see in over a year-and-a-half

To explain: Dad lost all vision in one eye over a year ago, after undergoing his 13th eye operation. And, the vision in his other eye has been deteriorating badly. All this, while my mom was in the hospital, then brought home in Hospice care, and during the next eleven months or so as dad became her primary care-giver (at his insistence), until she passed away six months ago. Since then, he’s had 40/200 vision in his good eye, with only glasses on, and improved (though far from perfect) vision when wearing both glasses and a contact lens. As one doctor put it to me: “It’s sort of like your father has about one-half of a good eye.”

Even wearing both contact lens and glasses, dad hasn’t really been able to see his email messages — or very much else on his computer screen. In truth, he can’t see much on the printed page, either; not unless it’s blown up to about a font size of 75. Instead — in print, or on-screen — he had to puzzle out the blurry shapes he was seeing, piece each letter together in his mind, then mentally assemble the words from those letters, and try to reason out the meaning. And, he did this while under extreme stress (as his wife lay dying), then extreme exhaustion (because he’d worked himself half to death taking care of her). Yet, he insisted on personally handling his finances and other daily business, as he’d always done, as well as sending out letters and emails informing distant friends of my mother’s death. I suspect you can understand the constant tension of working under such circumstances.

Here’s a bit of mystery about smartphones, however:

Evidently, the magnification system available on the smart phone is quite different from that on a computer. The phone (from what I’ve noticed on mine, at least) is designed so that when you magnify a website, it magnifies portions so that they fit the screen size. Leigh could probably tell us that this has more to do with the way a smart phone interacts with the internet, possibly even that the phone actually interacts with a different part of the net than the computer does. I don’t know: I don’t understand these things, nor do I let that fact keep me up at night.

To me, the important thing is that -- when the phone store guy got dad up on the new smart phone, and dad got to his email account -- I heard him gasp, “I can SEE it! I can REALLY SEE IT!

For the first time since that last eye operation, over a year-and-a-half ago, my dad could actually see his email — because of the particular way his smart phone displayed it.

And, looking at him, hearing the excitement in his voice — seeing that excitement light-up his face! — I realized: I had just witnessed my father having his sight restored.

That dad’s sight was restored through technology is not just incidental.

He taught computer programming at Arizona State, when the field was so new that he had to invent his own curriculum. That technology provides the only “dad-friendly” reading venue we’ve been able to find, to date, seems somehow fitting. And let there be no doubt: this phone is like a key for my father, unlocking his ability to read and write, once more. I thought he’d eschew typing with the on-screen keyboard, and just opt for the microphone aspect his phone provides, when it comes to writing things into his phone. But, over this week, he’s become pretty adept at using that keyboard too. And he's talking about finding other ways to exploit the new-found doorway back to the world of the written word.

I find myself constantly reminded of what he told me in the car, as we drove home from the phone store: “Son, I can’t explain . . . . It’s like I’m coming ALIVE again!”

My father was a voracious reader all his life. But, for the past 18 months, he hasn’t been able to really read at all.

Now, he can read again. It’s had a huge impact on his life. And, when he realizes that his phone can access books, that impact will grow even more. If he can find a way to exploit the phone the way he wants to — Well, even I, a fiction writer, can’t imagine where this will all end.

At the far end of all the thinking I’ve done this week, however, I’ve come to an incontrovertible conclusion: The writer who ignores a technology that’s capable of having such a tremendous impact on the reader, does so at his/her own peril.  I know other writers on SS have covered this topic before.  But, I thought a slightly different "insight" might not be a bad thing.