Justice Left to the Fates? 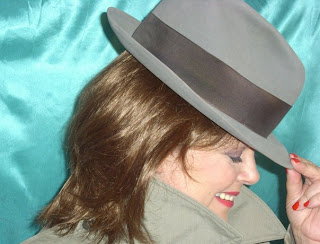 
It is easy to question whether justice has or is being done. It seems (from a public standpoint anyway) people get away with murder, while others are being imprisoned for lesser charges.

Personally, I believe most law enforcement, judges and juries are doing the best they can. That being said, the media reports the extremes and sometimes, I am left scratching my head as to the fairness of it all.

One of the talk shows recently discussed Dr. Conrad Murray's four-year jail term after a jury found him guilty of involuntary manslaughter in the death of Michael Jackson.

Dr. Murray's girlfriend who testified in the trial said he was reading voraciously and transporting himself to other locales through that reading instead of spending his time in a dreary prison. She also said he was quite popular with the inmates.

Anyone see something wrong with this picture?

Would I enjoy spending more time reading? Of course, I would. Think about it: no responsibilities beyond probably keeping his cell area neat and personal grooming. I'm not sure if he has any sort of manual labor to do within the prison system, but the girlfriend did not mention that in the segment.

I'm not going to commit a crime in order to allow myself more time to read or study, but it all seems unfair.


To many, Fate seems to be the ruler we dare not tempt. I'm not one of those. I am a slight risk taker. I've mentioned before, if I were on Jeopardy! (and much to my husband's chagrin) I would most likely place a large wager on my answer to Alex Trebek's Final Jeopardy question.

That doesn't mean I would tempt the Fates by committing a robbery or plotting a murder, except on paper. I am perfectly willing to do that as often as possible. My schedule is a bit more harried than Dr. Murray's, but I'm thinking, this is probably an excellent time for him to pen his own bit of fiction.
His name recognition alone would probably make it a best-seller, which also isn't fair, but it happens.

Are we the Captains of our Fate or are we ruled by the Fates? Interesting question that keep philosophers in business.

"What would you do if you absolutely wouldn't get caught?" I was asked by a fellow writer.

"That depends on my conscience, I suppose," I answered.

The thought of the cloak of invisibility conceived by J. K. Rowling in the Harry Potter series comes to mind. What would any of us do if we were concealed from everyone else? Is the answer to that a matter of our personal ethics, a rendering to a higher power or a code of justice in our society?

If you wouldn't get caught.

* pull off a Big Heist robbery that wasn't picked up on security cameras?

* Care to be a fly on the wall (so to speak) to hear what others discuss when you aren't there?

*Paint some grafitti on a wall to show off your secret talent?


For me, just being invisible to the world while someone reads one of my stories is enticing. And if I'm being honest, to see the facial expressions when an editor is deciding on my current publishing fate.

Is life unfair? Sometimes. Are we in charge of our own free will or do the Fates allow us what they believe we should have in life?

They are questions which we may never truly have the answers to until we face the final mystery of our own death and what comes next.

Until then, I may just tempt the Fates a little and carve out some personal time every day to read just one short story. I don't think that is too risky, but I know I will benefit from the experience.

That personal victory of filling our time with more reading is like taking Fate is in our own hands. If only for a few minutes a day.

That sounds fair to me.

A very thought-provoking post. Justice, as delivered these days, doesn't always seem just, but I doubt it was much better in the past. We simply didn't know as much about cases and miscarriages of justice.

What would I do if I knew I'd never be caught? I really don't know, but I seriously doubt it would be anything major.

Speaking of miscarriages of justice, what about that poor woman whose nine-week-old was "eaten by the dingo?" She served several years before being released and her baby's death was the butt of many jokes. (Think SNL.) Now, over thirty years later, the death certificate is corrected.

Yet, sometimes it works the other way. Yesteday, in SC, a man was arrested for three rapes in 1979 because of new DNA.

Keep making me think, Deborah. I need the exercise.

I'm sure of one thing you asked, Deborah--I would not want to know what people really think of me. What a terrifying thought!

As for the cloak of invisibility, I wouldn't want that either. I don't think I could handle the responsibilty.

I believe in the story-a-day theory, however, and that I do practice. Every night I treat myself to a good short story before sleeping. Highly recommended!

David, I'm not really sure I'd want to know what people really thought of me either!

Great Post! I absolutely don't want to know other's think about me. I will live in my fantasy land, thank you very much. As, for what would I do if I could get away with it...I wouldn't. I'd end up ratting myself out. Secrets are not my forte.

Being invisible, I think I might sneak into political offices, find out who is donating money secretly and leak the information to The Rolling Stone.