What do boys read? In Criminal Brief, I complained that males don't read. Okay, they read sports scores and they might read page 3 in the UK, but men and boys seldom read. Women purchase more than 70% of books and closer to three quarters of fiction. They are the leading consumers of iPads, Kobos, Nooks, and Kindles.

On Friday, Dixon Hill wrote an illuminating article how to get boys to read. He went beyond complaining about the dearth of reading boys, he did something about it. 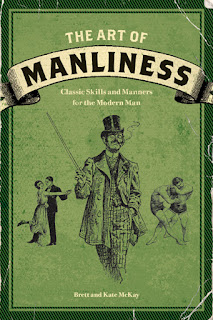 I stumbled upon Kate and Brett McKay's superlative list of 50 books for boys, most of them classics in one way or another. In case you think writing boys books is the sole bastion of manly men, some are written by women and at least one by a girl. The 4th author in the list, Dan Beard, was my distant relative and a founder of the Boy Scouts.

When I was a teen, kids who couldn't yet drive devoured the Hotrod novels by Henry Gregor Felsen, favorites of Stephen King. Many stories of that era moralized but Felsen shared lessons without seeming to lecture.

Are there lessons in Harry Potter? I'm not sure. But I think I'd like The Hunger Games… there's a morality tale.

That's part of the point– books don't have to feature boys for boys to enjoy them. Lewis Carroll's Alice stories and Frank Baum's Oz stories can delight anyone. The most famous bad boy in the English language, Peter Pan, is seen through the evolving eyes of Wendy Darling. To know something about the opposite sex, boys should read a bit of what girls read. Take a break from The Hardy Boys (written by male and female authors) and try a Nancy Drew (written by many of the same male and female authors).

As luck would have it, I have no sisters or daughters, but I did have parents who took reading– including their children's reading– seriously. Many of the following recommendations come directly from them.

Where do we start? I was raised on classics so naturally classics come to mind. Let's get cracking.

I recommend several books by the popular and prolific Robert Louis Stevenson including Treasure Island, Kidnapped, Dr Jekyll and Mr Hyde, his short stories, and a book of poetry, A Child's Garden of Verses. (While Kidnapped is fiction, it was based upon a historical case.)

Along with A. Conan Doyle, I add Agatha Christie, and the Lord Peter short stories by Dorothy L Sayers. As for American writers, we have Edgar Allan Poe and I recommend the Continental Op series by Dashiell Hammett.

Wait… don't flee in terror. Wilkie Collins, friend and colleague of Charles Dickens, is considered to have originated the modern English mystery novel. He combined romance in his most popular novels, creating a gothic genre furthered by Mary Roberts Rinehart, credited with the 'Had-I-but-known' school of mystery writing.

If you want to grasp what science fiction is really about, read authors from the golden era of sci-fi, including Isaac Asimov, Ray Bradbury, Arthur C Clarke, Philip K Dick, Philip José Farmer, and Fritz Leiber. To that list, I add two more modern writers, John Brunner and Michael Crichton. While George Orwell's 1984 is too advanced for most youth, I highly recommend Animal Farm.

Like Westerns, sea stories have fallen out of vogue, but I read dozens from undersea exploration to lost-at-sea adventures. Titles and authors have long since faded, but my mother was a major fan of C. S. Forester's Horatio Hornblower. I also highly recommend the non-fiction adventures of Richard Henry Dana, Jr. in his classic Two Years Before the Mast.

Westerns are about morality and responsibility. There are many considered classic, but I'll leave this list to John Floyd, himself a writer of several Western stories.

The master of this genre is Jack London, but the world has largely forgotten James Oliver Curwood, who when he died in 1927, was the highest paid author in the world. He built his own castle in Michigan, where he secluded himself in a tower to write. I know him through two of his stories, Kazan the Wolf Dog and Baree, Son of Kazan.

In the fourth grade, I noticed friends Tina and Diane reading The Black Stallion (recommended by the McKays). Walter Farley's title character isn't exactly wildlife, but it is feral and Farley wrote 20 in the series as well as another half dozen books.

Charles Major was an Indiana lawyer who started writing rigorously researched historical romances. His first novel, When Knighthood Was in Flower, proved so popular that it became a Broadway hit and Major gave up his law practice to write. Other historical romances proved popular, but he became known for children's stories, especially The Bears of Blue River set in pioneer times.

Booth Tarkington, another Indiana writer and two-time winner of the Pulitzer Prize for fiction, wrote collections of stories about Penrod, a boy some compared to Tom Sawyer, but who's similar to Dennis the Menace. The stories were turned into twenty-some movies and plays. The three books are Penrod, Penrod and Sam, and the 'notted detective' tale, Penrod Jashber.

Mark Twain always entertains and sometimes manages to educate. Read anything by Twain.

Okay, I understand Twilight, but without sisters or daughters, I'm otherwise clueless. What do you recommend for girls?
Posted by Leigh Lundin at 00:01