What If? The heart of the story

I’ve heard it said that every story starts with a “what if,” a question in the writer’s mind that provides the seed from which all the rest grows. It makes sense to me. 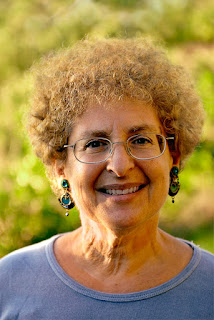 Let’s look at the classics. Romeo and Juliet: What if the children of two families engaged in a bitter feud fall in love? King Lear: What if a man divides his estate among his heirs while he’s still alive? Hamlet: What if a man finds out his uncle may have murdered his father—but he’s not sure? Pride and Prejudice: What if a rich bachelor moves into the neighborhood of a family with an entailed estate and five daughters with no dowries? Jane Eyre: What if a man with a mad wife locked in the attic falls in love with the governess?

In a whodunit or a novel of suspense, “what if” can trigger the action, the plot, the mystery itself. Josephine Tey, Brat Farrar: What if a foundling with a yearning to belong is persuaded to impersonate the missing heir to a family whose members look just like him and share his passion for horses? Stuart Woods, Chiefs: What if a serial killer is a pillar of the community who spreads his murders out over 40 years? The DaVinci Code: What if Jesus married Mary Magdalene and had a child whose descendant still lives in the present day? The Hunger Games: What if in a dystopian future America, teens chosen by lottery are forced to fight to the death on reality TV?

But for some writers, the plot is not the starting point. A situation, setting, or relationship can generate a “what if” that becomes the stage on which the solving of the mystery is played out. Or the “what if” may generate a whole series. Laurie R. King: What if the aging Sherlock Holmes meets a young woman who’s just as smart as he is? Margaret Maron: What if a modern Southern woman whose father was a famous bootlegger becomes a judge? In science fiction, sometimes called speculative fiction, “what if” is the whole point. But mystery writers too need a reason to set their characters in motion, a burning curiosity that they can impart to the reader.

I didn’t consciously think “what if” when I sat down to write Death Will Get You Sober (2008), the first mystery in my series about recovering alcoholic Bruce Kohler. But when I applied the question to what I’d written, I realized that my central “what if” did not pertain to the murder and its solution but to the characters I had created to solve it and future mysteries in the series: Bruce, his best friend Jimmy, and Jimmy’s girlfriend Barbara. What if there were two best friends, inseparable from childhood? What if both were alcoholics? What if one of them got sober and the other didn’t? What if fifteen years later the other one stopped drinking too? What would happen to the friendship? What if we throw in a codependent girlfriend who cares as much about what happens between them as they do—and is much more eager to talk about it? To me, the relationships of the protagonist and his friends gave life to the mystery.

I knew all along that I was not going to allow Bruce to drink again. There are enough novels about the struggle with the bottle. My mission was to write about recovery , which as an alcoholism treatment professional with many years’ experience, I know can be rich, complex, rewarding, moving, and sometimes hilariously funny. In Death Will Help You Leave Him (2009), I needed a new “what if?” What if Bruce, having dealt with his addiction to booze and achieved stable sobriety, discovers that codependents, who become addicted to destructive relationships in which they try in vain to control and rescue the alcoholics and addicts that they love, are not only “those other people who have to go to Al-Anon” but also alcoholics like Bruce himself? Bruce had to struggle against being hooked in a relationship with his crazy ex-wife that could destroy them both.

In the new book, Death Will Extend Your Relationship, I wasn’t ready to give Bruce yet another addiction. I wanted him to enjoy his recovery in the clean and sober group house in the Hamptons where, as it says on the jacket flap, “somebody’s not abstaining from murder.” So what if this group of holiday housemates is as dysfunctional as an alcoholic family? What if one of Bruce’s friends gets blindsided by another kind of addiction? What if “as the summer heats up, secretes and lies start buzzing around this dream vacation like flies at a beach picnic”?
Posted by Elizabeth Zelvin at 00:01