And the Winner is


by R.T. Lawton
Actually, the winners of the Great Breakfast Recipe Contest last month are the two grandsons and I. Thank you one and all for the tasty recipes you submitted. However, you should know that some recipes were tweaked for personal tastes, plus please realize that the cook (me) preparing these recipes probably wasn't as adept at making your favorites as you would have been had you been here in person. In any case, each of the judges, ages 8 and 6, sat down to breakfast each morning with their personal scoring sheet, in order of preparation, right beside their plate. Scores ran from one to ten, with a Comments section after each entry.
The enthusiasm and diligence shown by both judges was astonishing. Focused conversation between the two about that morning's entry went on before, during and after consumption of the meal. If this had been a psychological experiment, it would have been enlightening about how each judge's mind operated, not to mention their increased interest in spelling (for instance, "Grandpa, how do you spell flavor?") and how to best express their ideas in the Comments section. NOTE: The Comments section will be used to further tweak recipe ingredients and preparation for future breakfasts, although Grandma Kiti is now back and will be doing most of the cooking until her next trip to take care of her mother. I'm relieved. 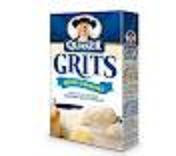 As a side note, we were all surprised at how well the Cheese Grits went over. Perception prior to eating could best be expressed as "What?" The boys had never tried grits and had no idea what they were, I had eaten plain grits once as a breakfast side dish at a Cracker Barrel, and my wife Kiti, training in Alabama decades ago, had once consumed them in an Army mess hall, but thought they were Cream of Wheat until a fellow trainee inquired as to why she was putting milk and sugar on "them thar grits." 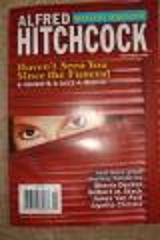 Since this was a short column, and in wanting to keep within the mystery/suspense theme of Sleuth Sayers, here is an excerpt from "Grave Trouble" (2nd in the Holiday Burglar series, AHMM Dec 2008) in which Yarnell must come up with a mask to wear during the intended Halloween night burglary of a jewelry store that may have security cameras inside.

......
Buy his own mask? Cripes, he didn't have enough money to pay next month's rent and now he was looking at added business expenses just to do what Beaumont called a simple job. Okay, fine, he'd find something.

Later that evening after much soul searching and several glances into the kitchen to ensure that his wife would be occupied with fixing supper for some time, Yarnell snuck into the bedroom of their three room flat. Standing at the front of their six-drawer dresser, the one with the large mirror attached to the back, he hesitated for a moment before finally opening the top drawer on his wife's side.

As he saw it, making some quick cash was paramount to his future happiness. He didn't like stealing from his wife, but if he didn't damage anything, and he returned what he borrowed, before she missed it of course, then it wasn't really stealing, was it? He ran his fingers over the silk, nylon and other items inside her top drawer. Eventually, he chose a pair of dark beige pantyhose. These should do lovely.

With one ear carefully tuned to the sounds of his wife still banging pots and pans in the kitchen, Yarnell eased the selected pantyhose out of the drawer, inflated his courage and pulled one of the nylon legs down over his head. Quickly, he glanced in the the mirror. Everything was slightly blurry. He leaned closer to the silvered glass.

One eye stared back.

The nylon was obviously too tight. His right eyelid was stuck down in the closed mode, while his left eyelid was hung up in the wide open position. The resulting image resembled a leacher's prolonged wink. He tried to blink. Nothing moved.

With his wide open left eye drying out from lack of tear duct moisture, he quickly abandoned the idea of using a simple pantyhose mask. Besides, the second pantyhose leg hanging empty next to his right ear looked outright ridiculous. He might be missing a professional point here, but he just couldn't see how bank robbers successfully worked under these strained conditions. The beige pantyhose went back in the drawer where he'd found them.
.........