As R.T. Lawton mentioned yesterday, three of us at SleuthSayers (R.T., Rob Lopresti, and I) are fortunate enough to have stories featured in the May 2012 issue of Alfred Hitchcock's Mystery Magazine. In fact they're the first three stories, lined up one after the other--Rob's ("Shanks Commences"), mine ("Lewis and Clark"), and R.T.'s ("Spring Break"). My story is distinctive in only one way: at 2200 words, it's by far the shortest in the issue.
You can probably guess which three stories in the May issue are my favorites, but I wound up enjoying all eight of them. (The final story in the magazine--"Carry-on," by Wayne J. Gardiner--provides a dandy twist ending.) What I remember most about R.T.'s story is the Florida setting and the delightful characters, and Rob's story features his usual humor and a plot involving some names that are suspiciously familiar (?!?). Believe me, it's an honor for me just to be included alongside (and in between) those two guys.
My story is a lighthearted look at a couple of Boy Scouts named Lewis Tucker and Freddie Clark. The two of them, hiking together in the deep woods, are already in deep trouble with both their troop and their parents because of a stupid prank involving their scoutmaster and a sleeping-bag full of fire ants--and if that isn't bad enough, they soon realize that they're lost. It's also late and almost dark, and if all that still isn't bad enough, they then cross paths with two bank robbers on the run. One of the boys winds up captured and hogtied while the other sits hidden high in a pine tree above the thieves' campsite. Since they can't rely on anyone else's help (their parents think they're spending the night at an uncle's, and the cops are looking for the robbers in all the wrong places), the boys know their only hope of rescue lies in their own ingenuity. 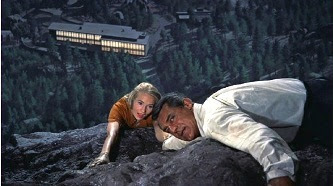 As a writer I love situations like that. A mystery novelist once told me he keeps a note taped to his computer monitor that says MAKE THINGS WORSE. A protagonist should not only be in agony, he should stay in agony while the situation around him grows steadily more hopeless, until at some point--at or near rock-bottom--he somehow manages to find a logical way out of the mess he's gotten himself into. That holds true for short stories as well as novels, and I think plotting that kind of story is at least as much fun for the writer as reading it is for the reader.
I've sold only a couple of stories to AHMM that are shorter than this one; my longest there was around 13,000 words. Most have been between 4,000 and 7,000. They've included crimes that range from bombings to ATM theft to murder-for-hire to insurance fraud, and settings from Hong Kong to Africa to the South Pacific. One story was dialogue-only, one was a locked-room mystery, and two were set in my home state. I'm honestly not sure if I just like variety, or if I can't figure out how to do any one kind of story well enough to stick to it.

By the way, I agree with Rob's comments in his column last Wednesday, regarding differences between AHMM and EQMM. AH seems to be more open to stories with humor, twist endings, unusual locations, and even occasional paranormal elements. Those are things I like dabbling with, as a writer, and that might be part of the reason my publishing record with Hitchcock and Queen is so lopsided: eleven stories in AH, two poems in EQ. I won't tell you how many times I've been rejected by both magazines, but I assure you I probably have enough of those "thanks but no thanks" notes to paper the walls of my home office, and most of our bedroom as well.
The trio of SleuthSayers stories in this issue got me to thinking about other "shared" publications with blogmates, and after thumbing through the old AHMMs on my shelf I've found that my stories have twice appeared in the same issue with Rob's, twice in the same issue with Janice Law's, once with Neil Schofield's, and (now) once with R.T.'s. I've also been featured with my fellow Criminal Briefer James Lincoln Warren on three occasions. It's fun anytime to get published in AHMM--it's a magazine I've been reading pretty regularly since my college days--and it's a special treat to also occasionally be tethered alongside friends and colleagues at the Hitching post.
Here's hoping that happens again.
Posted by John Floyd at 00:01