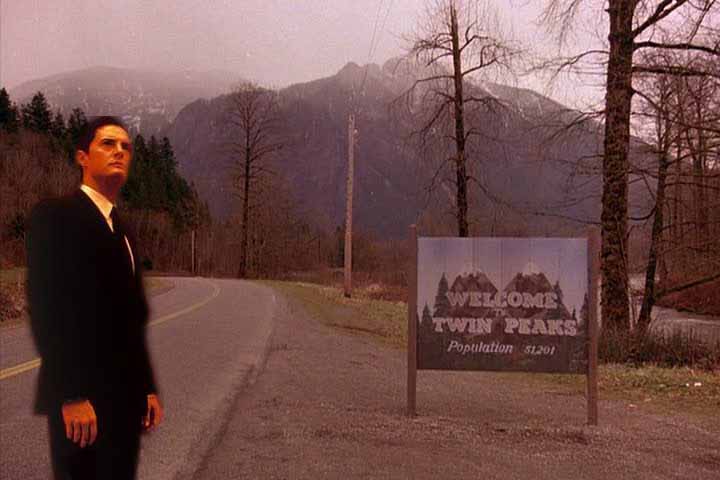 Last week, Richard Santos, who blogs on Paperclip People, posted on Criminal Element a terrific article about Twin Peaks. That brought back a flood of memories as if remembering an old lover.

I have a complex love-hate relationship with Twin Peaks. After the series ended, I felt annoyed and cheated. Along with any number of deep-sixed series like Nowhere Man, Firefly, and Jake 2.0, it reflected in my not watching Lost, refusing to vest in a series that might head south.

David Lynch is, well, a flawed genius, which I think is way cooler than ordinary genius. His works are never dull (although Eraserhead takes more wine and corn chips than most folks can consume).

The influence of Blue Velvet on Twin Peaks is clear, from the actors and musicians to the dark plot, and arguably it influenced Dune. Twin Peaks' music is hypnotic and seductive. If Angelo Badalamenti never writes another note, he'll be remembered for that haunting score. The Ipcress File and the Twin Peaks CDs are among the soundtracks worth listening to. 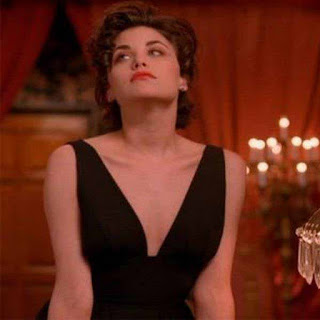 The characterization is brilliant and draws viewers like few other programs. The plot intrigued but the characters made you feel like a part of the town populated with people you cared about. I'm not sure how Lynch accomplished it, but that magic should be taught in writing classes.

Lynch created characters who were believably quirky, not unlike small town denizens I grew up with. Viewers love Sheriff Harry S Truman, Agent Dale Cooper, Laura and her cousin Maddie, James Hurley, and Audrey Horne. (I confess my brain short-circuited when Audrey tied a cherry stem (and me) in knots.)

But the plot… Recently, my friend Ryan Freeman gave me David Lynch's works on DVD, which allowed me a more careful dissection of Twin Peaks. I disagree with Michael Giltz– the problem wasn't that the mystery was solved, but that it wasn't resolved. For months, avid viewers took copious notes and compared conclusions, so the who and the how came off as contrived. After the reveal of Laura's murderer, one reviewer wrote that writers must have been stunned when the series was picked up for a second season, because they hadn't plotted a logical dénouement. ("What? There's a second season? Oh, no!") Post-series critics differ in debates, but I lean toward those who feel Twin Peaks fell back upon paranormal deus ex machina. 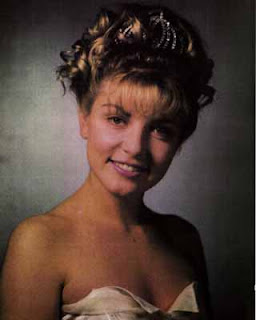 In a similar way, I found myself disappointed by the movie The Forgotten about a distraught mother who wonders why others can move on after the death of her son but she can't. It exhibited the same feel of a film that lost its way, as if a writer had a brilliant seed for a story but didn't know how to wrap it up. If you're going to write a paranormal story, then let the reader know that's what it is, but don't blame the dénouement on psychic phenomenon and expect us to applaud.

Possibly producers felt that way too, coming out with the dark and sexy Fire Walk with Me film to tie up the myriad loose ends, but many critics treated it harshly. USA Today wrote "Except for a brief episode in which singer Chris Isaak and Kiefer Sutherland make like an FBI Rocky and Bullwinkle, this is a morbidly joyless affair. You'll feel as drained as one of Cooper's mugs of joe watching homecoming queen Laura drown in a whirlpool of sex and drugs." Ouch, that's cruel. Rotten Tomatoes treated it a bit better, scoring 62%/78%.

Quibbling aside, whether one feels love, hate, annoyance, or disgust with Twin Peaks, almost no one feels indifferent, and that's a tribute to the skills of David Lynch. He made us care, which is what writers want to accomplish. If only a little dust from Twin Peaks falls upon our works, we benefit from that seminal television program.

Our Women of Mystery bosom buddy, Clare Toohey, drew readers' attention to CNN's Katie McLaughlin's article about Psych's tribute to Twin Peaks, in the town of Dual Spires, where Douglas Fir is mayor and Julee Cruise sings Psych's theme. That episode is now on my must-watch list.