by R.T. Lawton
Welcome back to Friday on the Firing Line. Last time you and I got together, we took a walk on the darker side of the street and had a short look at the shadow life of being undercover, acting in an alternate identity and keeping your story straight. Guess now you're about ready to move on into the realm of Playing the Game. 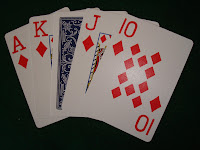 Most law enforcement officers are in the position of reacting to a crime which has been committed at a previous time. They get a call, respond to the scene of the crime, interview witnesses (if any) and collect whatever evidence is available. After that, they try to put the pieces together in a logical manner, determine the most likely suspect, build their case for prosecution and go after the criminal.

Undercover is a different animal. Here, the law enforcement officer is proactive instead of reactive. As an undercover operative, he is usually already on scene when prosecutable elements of the crime occur. If all goes as planned, he is the one who acts as witness, he is usually already holding the necessary evidence in hand and he already knows who the criminal offender is.

Here's the prologue to getting on scene for the crime to happen. The Undercover (U/C) guy normally has two ways in: the Cold Pitch, or the Informant Introduction.

With the Cold Pitch, an undercover operative introduces himself into the organization or criminal being targeted. How's he do that? Every situation is different. Here's a quick example. At the Sturgis Bike Rally one year, I slid up next to a couple of patch holders in a biker bar and started buying pitchers of beer. Naturally, I had taken the precaution of looking a lot like them before I made my approach. In the ensuing conversation, we swapped names and backgrounds. Of course mine was fictitious, plus I'd set up deep cover for this particular escapade. I soon became a Hang Around. Several months later, I patched in. But Cold Pitches don't always work.

Usually the way these things happen, the U/C guy gets "intro-ed in" by an informant, or Cooperating Individual (C.I.). Most U/C guys prefer the term "C.I.," especially if we're talking in front of that person. Seems the word "snitch" has acquired a negative connotation on the street, and we, being the sensitive people that we are, would rather that our CI's not feel bad about what they are about to do for the good of society. Plus, we don't want them to get a bad attitude and turn on us. However, snitch is the term used by the criminal side in order to convey contempt for those who betray them. Naturally, where you stand on this terminology situation depends upon which side of the line you're on.

Anyway, the U'C and the CI go to a house, bar, parking lot, or wherever the meet is set. The Cooperating Individual introduces and vouches for the U/C. If the criminal side trusts the CI (as much as they trust anybody), then the undercover guy is usually in, but from this point on, he has to carry his own weight, and he'd best do a good job. Fortunately for us, money talks. Like any market place, one party, in this case the criminal, has something to sell, be it drugs, weapons, documents, explosives, stolen goods or counterfeit currency. And, conveniently, the U/C has cash to purchase these items. The stage is set and the crime is about to be committed. The Game is in play.

One small problem with this little event is that the criminal has no rules. Oh sure, he has that one Maxim: Thou shalt not get caught. And, sometimes this makes him cunning, with a bag of tricks.

The U/C on the other hand, has a multitude of rules as mandated by his organization, plus the rule of law. Being a fed, my Special Agent Manual was over two inches thick, and that was just one book of rules we had to follow. In short, the bad guys had their game and we had ours. They did whatever they could to sell their product, make a profit and not get caught. We relied on blue smoke and mirrors, a con man's game, in order to be on scene when the crime was committed, bust the criminal at some point, and yet walk away without violating any laws or agency rules. Sometimes it was like tight rope balancing on a high voltage wire. No missteps allowed. 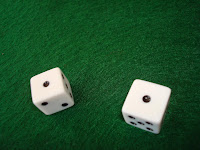 Often, for one reason or another, the deal didn't go down, the criminal skated and we didn't get him that day. Maybe he got spooked, or maybe he just got lucky. No long term problem on our part, we had our own Maxim: The bad guys had to be right every time, we only had to be right once. And that one time was when we took him off the playing board for several years, maybe even permanently. It was a game with potential consequences for both sides.