So Tuesday, friends invited me to celebrate a birthday with dining and a movie. Our birthday girl selected a film applauded at Sundance, a ‘Christian horror’ flick that supposedly “terrified” Stephen King– she chose The Witch. 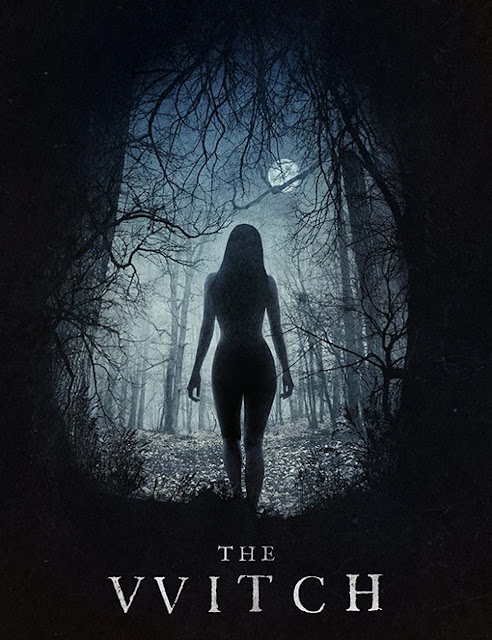 And yet, friends and I literally struggled to stay awake.

Movie audiences often regard films more positively than reviewers, or rather they side with critics who give higher ratings, but are more reluctant to agree when professionals pan movies. Rotten Tomatoes calculated an 89% approval from 160 reviewers. It’s especially beloved by the Satanic Temple, which endorsed The Witch and hosted screenings. Meanwhile, only half of 22 000 audience members liked it.

Is The Crucible still required reading in high school? We not only read Arthur Miller’s play, we studied the history of Salem witch trials. My girlfriend lived a short oxcart ride from Plimoth Plantation, where the story begins. She suggested a tour of Salem and the nearby cemetery with its slate headstones. I entered the movie theatre looking forward to the story and its history.

Puritans were singularly unpleasant people. The English could not abide them; the Puritans could barely tolerate themselves. They detested other brands of Christians. Once, they hanged two Quaker women– as inoffensive humans as ever one might encounter– passers-by in the wrong place at the wrong time. To take them in, the local Indians must have been saints.

The film commences in 1630, ten years after the Pilgrims landed at Plymouth Rock. For context, the Salem witch trials wouldn’t come until much later, 1692.

The Witch features surprisingly few Indians… zero, by my count. Instead, the film focuses on one family: husband William, wife Katherine, baby Samuel, Katzenjammer-like twins Mercy and Jonas, coming-of-age son Caleb, and beautiful, ethereal daughter Thomasin. These are the children all parents want.

Caleb follows his father, learning how to build, plant, hunt, and the work that makes a man. Sexual awakenings confuse him. He shares with his older sister a protectiveness toward the baby in the family.

The focus soon shifts to gentle Thomasin and the remainder of the story plays out through her eyes. She seems too delicate for hardscrabble pioneering, yet she works uncomplainingly.

The characters are portrayed well enough, although growing to like people only to see them destroyed is always difficult.

What was wrong with the movie?

Our David Dean knows something about Christian horror as evidenced by his novel, The Thirteenth Child. That atmosphere builds, mystifies, intimidates and terrifies. In comparison, The Witch merely disappoints.

To writer-director Robert Eggers’ credit, he didn’t belabor the portrayal of witches, wisely choosing to understate. Unfortunately, his deft hand lacked in other ways. My overwhelming feeling was sadness for a likeable, struggling family unraveling through little fault of their own except, you know, they weren’t Puritan enough. Sadness and boredom… and I usually admire historical detail.

The movie’s far bigger problem is a lack of plot. The family leaves the religious colony to homestead on their own. They face calamities in feeding themselves as crops, livestock, and hunting fail, and later, crises of conscience. William represents Job in the New World. If something goes wrong, it must be God’s will.

This isn’t a plot, it’s a premise, a series of vignettes maybe caused by witches, maybe not, barely threaded on the same spool. Worse, it’s an audience waster for anyone other than film students.

In the hands of M. Night Shyamalan, the production would likely feature a darkly intricate plot, more mystery, less ambivalence. Everyone has to start somewhere and this is Robert Eggers’s first film. But time and money are precious, and whereas we ponder the harsh lives of the Puritans, I suspect future generations will wonder why The Witch received an 89% rating.
Posted by Leigh Lundin at 00:00 15 comments

It’s been more than 300 years since the Salem witch trials and the hangings and tortured deaths that followed, but an US Air Force clinic has fired dental technician Deborah Schoenfeld for practicing witchcraft.

Witchcraft: You know, satanic rituals like meditation, yoga exercise, listening to sitar music… witchy things like that after converting to Hinduism. Really.

Deemed a witch, she wasn’t allowed to know who her accusers were, but at least she wasn’t hanged, crushed to death, or burned at the stake. Her accusers satisfied themselves with calling her a devil and career termination.

Despite the hostile work environment, Ms Schoenfeld liked her dental technician job. The Military Religious Freedom Foundation has taken up her case and written a letter of demand to the Dentac commander in Fort Meade, Maryland and the Clinical Dentistry Flight Commander in Washington.

No clue yet how the spirits might move them.
Posted by Leigh Lundin at 00:00 6 comments