Crime (and Other) Scenes


by John Floyd
A few nights ago I was sitting around with some fellow writers, and we started talking about our favorite movie moments. (It's surprising, sometimes, how seldom we talk about writing.) As it turned out, half the folks in our little group had never watched most of the scenes I described and the other half tended not to agree with me, but it was fun anyway.

As a result of that discussion, I have compiled some of my favorite and most memorable movie scenes, categorized to make a long list seem a little shorter. I've added some quotes too, now and then, and--not that it matters--I have splatted an asterisk beside my personal "best" scene in each group of ten, and explained why I like it so much. By the way, even though many of my female writer friends often accuse me of preferring "guy" plots, you'll see that not all of these scenes I've chosen are from mysteries/thrillers/shoot-'em-ups. (I'm not totally enlightened yet, but I'm making headway.)

Anyhow, here are my picks. 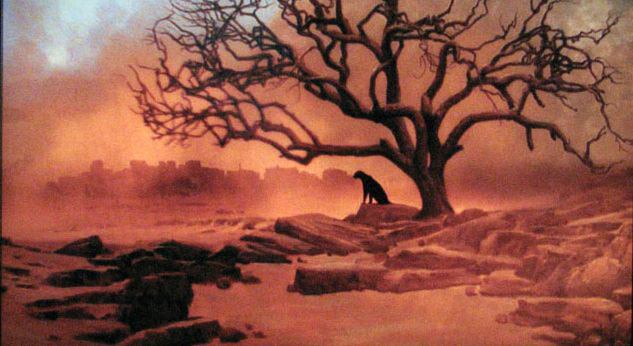 Best openings (in no particular order):

Rear Window
Jaws
Escape From New York -- "Once you go in, you don't come out."
High Noon
Romancing the Stone -- "That was the end of Grogan . . ."
*Goldfinger
Raising Arizona -- "Y'all without sin can cast the first stone."
The Natural
Cat People (1982 version)
The Ballad of Cable Hogue -- "Ain't had no water since yesterday, Lord. Gettin' a little thirsty."

*I think the Goldfinger opening works in two ways. The pre-titles "teaser" is a mini-story in itself, which introduces the main character and shows him carrying out a successful mission, talking it over with a colleague, having a liaison with a double-crossing lover, and dispatching a killer. ("Shocking. Positively shocking.") Then comes the second part: a great opening-credits sequence, probably the best of the Bond series, with title song by Shirley Bassey.

*I once read a review that said there's more action packed into the first ten minutes of Raiders than in most full-length features. It contains a good line, too: "Throw me the idol, I throw you the whip." (Sure he will . . .)


Most emotional scenes (for me, at least):

Shane -- ending ("Goodbye, Little Joe.")
Old Yeller -- death scene
To Kill a Mockingbird -- ending ("Hey, Boo.")
Camelot -- Lancelot saving the jouster
The Graduate -- Ben, at the wedding
Up -- death of Carl's wife
Somersby -- the hanging
The Green Mile -- John Coffey's execution
*Dumbo -- his mother cradling him with her trunk, through the bars of her cage
The Abyss -- Virgil's dive to defuse the bomb ("Knew this was one-way ticket.")

*Strangely enough, Ali McGraw croaking at the end of Love Story affects me not one bit, but I can't even think about that Dumbo scene without getting a tear in my eye. And yes, I'm wondering a little about my priorities. 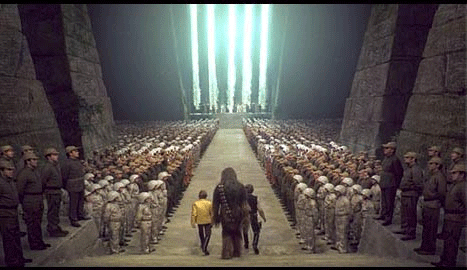 *You wouldn't think a scene featuring a Saddam Hussein lookalike, a bowling alley, a woman with a horned Viking helmet, and Dude Lebowski in a toolbelt would be my favorite music-video-within-a-movie ever, but it is. If I recall, he just dropped in to see what condition his condition was in.

Stand by Me -- boys on the train trestle
Blood Simple -- ending
The Flight of the Phoenix (1965) -- starting the engine
*Wait Until Dark -- attack in the apartment
The Deer Hunter -- Russian roulette
The Birds -- arrival of the birds on the jungle-gym
No Country for Old Men -- coin toss at the gas station
The Godfather -- Michael shooting McCluskey and Sollozzo
The Silence of the Lambs -- night-vision in the basement
Reservoir Dogs -- Michael Madsen scene, in the garage ("Fire Is Scary.")

*I first saw Wait Until Dark in college. I thought then--and I still do--that the lights-out, cat-and-mouse battle between Audrey Hepburn and Alan Arkin was the most riveting thing I'd ever seen. If this one doesn't scare you, and make you root for the heroine, nothing will.

Airplane! -- "Oh, stewardess--I speak jive."
Raising Arizona -- "Son, you got a panty on your head."
Hot Shots, Part Deux -- rescuing the colonel from jail cell
Liar, Liar -- lawyer being honest with lady in the elevator
Dirty Rotten Scoundrels -- "May I go to the bathroom first?"
Me, Myself, and Irene -- baby-feeding scene, on bench
*Blazing Saddles -- campfire symphony
My Big Fat Greek Wedding -- headphone cord scene
Rustler's Rhapsody -- "Got a match?"
Ferris Bueller's Day Off -- Mr. Rooney and Ferris's sister

*I first saw the campfire scene from BS (probably a good alternate title for the movie) in a theater in L.A. in 1974, and I still remember that it brought the house down. NOTE: Please understand that all these favorites are sort of "guilty-pleasure" funny--the kind of things that made me laugh until it hurt. If you want intelligent funny, watch an episode of Cheers, Frasier, M*A*S*H, Newhart, Seinfeld, etc.

*The odd thing about the last fifteen minutes of Signs is that most of my writer/reader/moviegoer friends don't even like the movie. But I think that scene is a great example of tying up half a dozen threads of foreshadowing into a powerful and satisfying conclusion. ("Swing away, Merrill.") 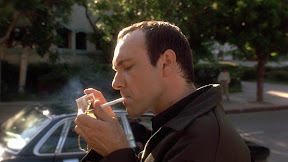 The Sixth Sense
Presumed Innocent
Fight Club
Chinatown -- "She's my sister and my daughter."
Primal Fear -- "We're a great team, you and me."
The Village
Planet of the Apes
Body Heat
The Thomas Crown Affair (1968)
*The Usual Suspects -- "And just like that . . . he's gone."

*The two-part conclusion of The Usual Suspects (the first part in the office, the second out on the sidewalk) still gives me goosebumps. In addition to the twist, it includes one of my favorite movie lines: "The best trick the devil ever pulled was convincing the world he didn't exist."

Apocalypse Now -- helicopter attack
Psycho -- the root cellar
Saving Private Ryan -- storming Omaha Beach
Witness -- bad guys walking downhill toward the farm
It's a Wonderful Life -- ending ("Every time a bell rings, an angel gets his wings.")
*Once Upon a Time in the West -- opening ("Looks like we're one horse shy.")
Pulp Fiction -- quoting Ezekiel
Twelve Angry Men -- the "same knife" scene ("I'm just saying a coincidence is possible.")
Casablanca -- Ilsa, at the piano ("Play it, Sam.")
True Romance -- "Sicilian" scene ("Tell me--before I do some damage you won't walk away from.")

*I think everything about that first long scene at the train station in Once Upon a Time in the West is cinematic perfection: the creaky windmill, the facial expressions, the humor, the music, the lighting, the way the protagonist is introduced, the steady buildup of tension to an explosive climax. It's another of those "mini-stories" I mentioned earlier--and my favorite movie scene of all time (not just in the West). Other scenes that I liked a lot: the arrival of Omar Sharif in Lawrence of Arabia; shooting the bucket in Quigley Down Under; the first sight of the dinosaurs in Jurassic Park; the two "Do I feel lucky?" scenes in Dirty Harry; the final shootout in L.A. Confidential; the "Is it you?" scene in Somewhere in Time; the death of Oddjob in Goldfinger; the openings of Cliffhanger, The Shining, Midnight Cowboy, and The Magnificent Seven; and the endings of Rudy, M*A*S*H, Brassed Off, Hombre, Breathless (1983), The Cider House Rules, Carousel, Forrest Gump, Back to the Future, Bonnie and Clyde, Cat Ballou, and A Funny Thing Happened on the Way to the Forum.


Okay, so I got a little carried away--and remember, all these choices should be preceded by "In my opinion only."

What think you, about all this? Any agreements, or disagreements? Any favorite scenes, or favorite lines of dialogue in scenes? If so, goody goody. If not, I'll get you, my pretty, and your little dog too.

Now, I wish we could chat longer, but I'm having an old friend for dinner.

Anybody up for a toga party?
Posted by John Floyd at 00:01 57 comments