The Marine and the Game Warden 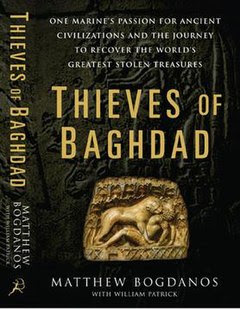 You could say this column is a sequel to a piece I wrote called "The Ranger And The Sheriff's Wife."  That was a report on two non-fiction books that seemed to be chock full of ideas for crime stories.  So is this.

Matthew Bogdanos planned to go into his family's restaurant business but one day, on a whim, he decided to enlist in the Marines.  The recruiter took one look at his test scores and said he was doing no such thing.  He was going to enlist in college and then the Marines would accept him for officer's school.

So Bogdanos became the first person in his family to attend college, and on 9/11 he was a federal prosecutor in New York City, and a member of the Marine Reserves.

After the famous looting of the Iraqi Museum in Baghdad, Bogdanos was able to convince his superiors that he was the perfect person to head the squad assigned to search for the missing antiquities. After all, how many Marine officers could there be with law degrees and knowledge of classical art and literature?

As you can imagine, the job was extremely complicated.  For example, consider the difficulty of simply reporting accurately how much was stolen.  If thieves took five pieces  of an old jar, did they take one item or five?

More importantly he discovered that a lot of the material hadn't been stolen at all; but was placed in safe-keeping to protect it from the U.S. troops who were no doubt planning to confiscate the art and take it back home.  So Bogdanos and his men had a diplomatic task to do, convincing people that all they wanted  was to get the art safely back into the museum.  Inevitably this involved drinking many cups of tea with interested parties.

Which is not to say the marines didn't deal with actual thieves or terrorists.  Both were encountered in big numbers.  I highly recommend this book.

It was like a Walt Disney movie that turned into Stephen King.

So says one of the main characters in this book, summarizing his career.  But the protagonist is Ed Volz, a cop with the Washington State Department of Fish and Wildlife.  HIs job was to catch people like the Disney-to-King gentleman above.

You see, Puget Sound has a poaching problem.  The main target of these "clam rustlers" is the geoduck (gooeyduck), a bizarre-looking bivalve that can live well over one hundred years.

Because they take so long to develop they are considered the "old growth forest" of the sea and no one knows for sure how long it takes to replenish a field that has been harvested.  One of the nasty parts of the trade is that until you dig the clam out of the sand (sometimes two feet down) you can't tell if it is valuable or  relatively worthless..  Since pulling it out of the sand kills it, that counts as part of your fishing quota, whatever quality it turns out to be. 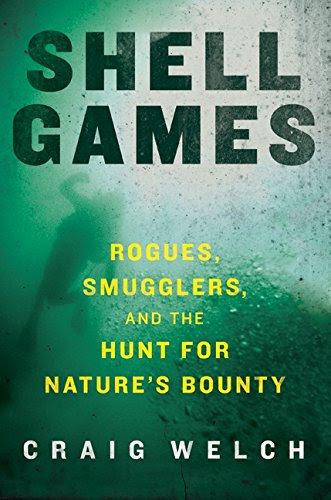 As you can guess, nasty poachers find all kinds of ways around the quotas, so both state and federal agents keep busy trying to keep people from stealing the things to sell, mostly to Asia.  One problem for the good guys is getting the legal system to take the crime seriously (clam rustling!), although the occasional arson or attempted murder helps with that.

This non-fiction book is full of remarkable, larger-than-life characters, like the Native American sculptor/fisher, a twice-convicted felon, who volunteered to go undercover to catch the poachers.  Or the alleged hit man who travelled with a teddy bear.  Or Seattle's legendary Ivar Haglund, "P.T. Barnum of the Sea," who, when a truck full of syrup spilled on the highway, showed up with a plate of pancakes and a fork.  Or, well, take this fellow, a real lateral thinker:

He'd been experimenting with planting geoducks much like shellfish companies farmed oysters and had leased forty-seven acres of public tidelands just off a county park near Purdy Spit.  Since the land was underwater and not suited for building, the county charged just twenty-five hundred dollars.  But in readying his farm for planting baby clams... [he] set about removing obstacles -- namely an entire colony of wild geoducks.  [He} dug up and sold $2 million worth of clams.