Too Weird for Fiction?


by Eve Fisher
Last night I had a dream in which all my political wishes came true - but nature was calling and woke me up.  I did my usual autopilot to the bathroom and then to the kitchen where the oven clock is large enough to read without waking up too much:  4:44 AM.  Which was interesting in and of itself.  But here's where it gets weird.  For the last few weeks, whenever I get up and do the late night shuffle, it's been a row of numbers:  2:22 AM, 3:33 AM, 4:44 AM or 5:55 AM.

Needless to say, this can't be a coincidence.  Nor can it be that I just remember those times because they're easy to remember, and weird enough to stand out.  No.  There's got to be another reason.  So I did the classic Google search, and obviously occult forces are at work.  The most benign answer I got was at:  https://astrostyle.com/master-numbers/
There were others, less benign.  More foreboding.  Somewhere between astrology and numerology, this house may need a thorough sageing.  That or I may be close to Direct Contact, whether I want it or not.

But life is like that. Strange things happen, and they are too weird for fiction. Granted, I run with a strange crowd, but just about everyone I know has experienced deja vu, heard footsteps in the kitchen when no one's at home, thought of someone they haven't thought of in years only to have them call later that day (or run into them in person, and sometimes in person in prison), seen glimpses of prior residents in the corner, or woken up to a series of numbers on the clock.

Speaking weird, how many of you have experienced sleep paralysis?  (especially as a child):  this is where you wake up, but you can't move your body.  And you're not sure you're really in your body.  But you can't move, but you're wide awake, and it ranked among the 5 top frightening things of my childhood that I didn't tell anyone about.

But there are reasons for it.  The scientific reason is that it happens when you wake up before you're fully out of REM sleep mode.  Okay.  Meanwhile, in almost every culture "such sleep paralysis was widely considered the work of demons, and more specifically incubi, which were thought to sit on the chests of sleepers. In Old English the name for these beings was mare or mære (from a proto-Germanic *marōn, cf. Old Norse mara), hence comes the mare part in nightmare. The word might be etymologically cognate to Greek Marōn (in the Odyssey) and Sanskrit Māra." (Read more at The Sleep Paralysis World)

But that's just deep night mode.  What about broad daylight?  Well, there's daily life.  Which is often stranger than anything you can dream up.

Many years ago, I had a dear friend - I'll call her Rose - who had polio when she was only 2 years old.  Her family lived back up in the mountains in Tennessee, and were very poor.  They thought it was just another fever, so they didn't take her to the doctor.  The result was that Rose was totally, permanently crippled - she never walked a day in her life.  In fact, the next 10 years were spent in bed, because her family couldn't afford a wheelchair, and (in America) they don't give those things away.  But she got an education, she eventually got a wheelchair, and one day she met a man from the area who fell in love with her and married her.

For about 20 years, Rose and Paul were happy.  But then something happened.  Paul got involved with another woman at work, who got him on drugs, who got him crazy, which caused him to leave Rose and take up with the Other Woman, and Rose was like to have died of misery.  Then Paul and the Other Woman headed up West Virginia way, where they continued drugging, and apparently began fighting so hard it would frighten dogs and cats.  One night, in the middle of the night, while Paul slept, the Other Woman got her stuff together, and crept out, but not before she shot Paul in the neck while he slept.

Even though it was 2 days before anyone found him, Paul lived through it.  But when he woke up he was paralyzed from the neck down, and stayed that way, in a nursing home, for the rest of his life.  I told Allan that Paul should be the poster boy for what happens when karma catches up with you.

Rose and Paul are the reason why I absolutely believe that everything James M. Cain ever wrote is based on absolute truth. 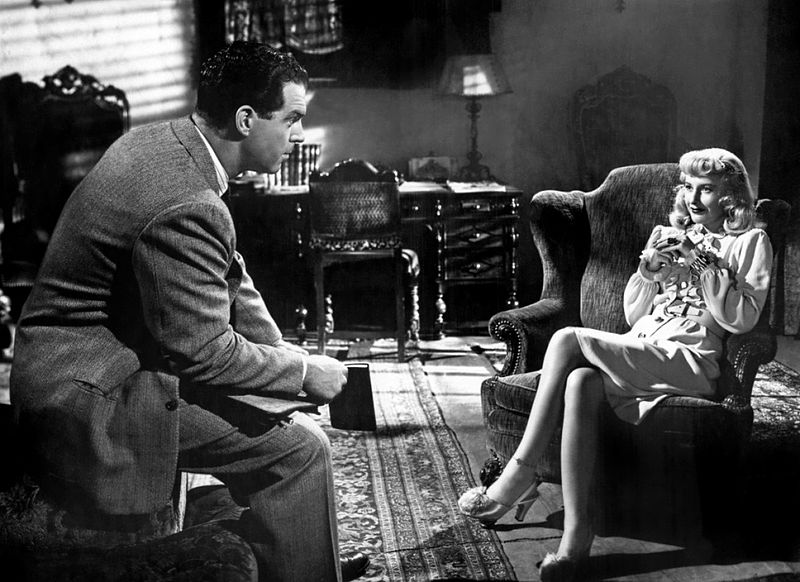 Of course there was an insurance agent who was seduced by the young wife of an older man into killing her husband and running off with her while falling in love with the victim's daughter, and each betrays the other and they shoot it out and die.

Of course there was a drifter who fell for a gorgeous dame who married this older slob, and they decide to kill him, and they do it with a car accident, but then they get testy with each other and he screws around on her, and she may or may not have screwed around on him, and then they get past that, and it's going to be great, so they go on a trip and there's another car crash and she dies and he ends up on death row for murder.

Of course there was a woman who got fed up with her useless husband after the Depression hit and all he could do is fart around the house and screw around with another woman, so she dumps him, and starts working as a waitress and then starts up her own restaurant, while falling for a trust fund baby heel but the real love of her life is her gorgeous daughter who's cruel and selfish and treats her like dirt, absolute dirt, but she loves it, because the daughter's so special, an opera singer, and even after her daughter steals her trust fund hubby and the woman tries to kill her, the woman is broken hearted and tries to win her daughter back by marrying schlub number one and she still gets screwed by the little bitch.

It's all possible.  It's all real.  You can't make this stuff up.  Love hurts.  Love twists.  Love gets very, very strange.

And that's why Hallmark runs romance movies with a sugar content sufficient to make the entire nation diabetic.  It's a way of whistling past the graveyard.

Why we check our horoscopes.  Maybe we can ward it off this time.

Why we keep waiting for Godot.  Or St. George.  Or the Fisher King, King Arthur, the Mahdi, or anyone else who's supposed to be coming back and rescuing us, dammit.

Why we hang dreamcatchers, or charms, or wind chimes, all of which work against evil spirits: 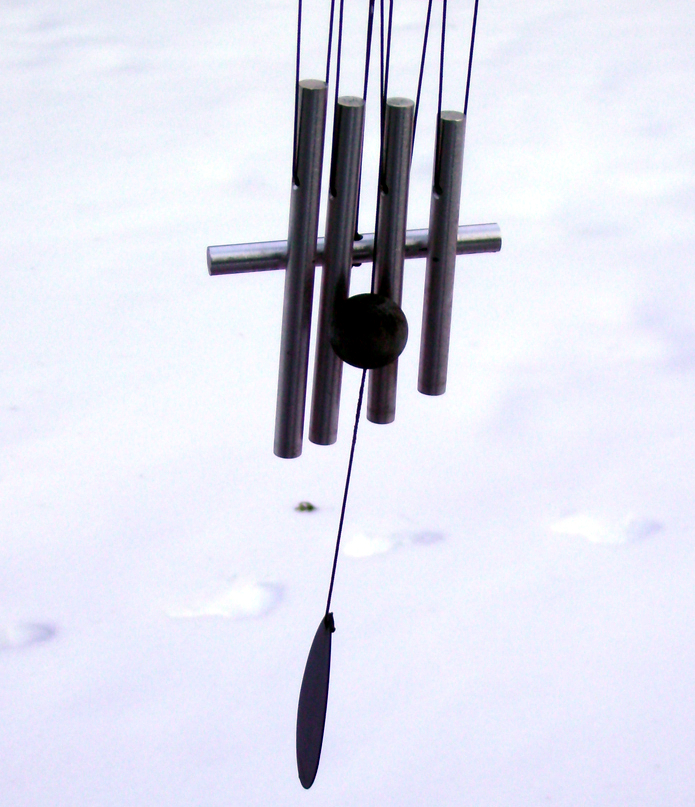 And why it's very nice to have someone to snuggle up with on a cold, snowy night, with the wind howling and the two of you (plus pets) to keep the warmth alive, and the dark at bay.