by Leigh Lundin
Noting that bad guys can be more interesting than good guys is neither new nor profound. Why else would Dantean classics courses consistently teach Inferno rather than Paradiso?
Even as we aspire to the light of goodness and grace, often darkness muddies our thoughts and actions. Our limbs stretch toward the heavens but our roots point toward hell.

So it is with story-telling. Bad guys make or break a tale. Take the James Bond series. The best films feature the evilest of the nefarious. Huge and hulking may frighten, but sheer terror runs deeper.

Take a little five-foot-nothing Russian named Rosa, played by Lotte Lenya. Bring to mind Colonel Klebb with her spiked sensible shoes, and you touch the stuff that gave 007 nightmares. (Lotte Lenya’s husbands died– all of them– just sayin’.)

Bad guys must possess the potential to overpower the good folks. Take the battle of David and Goliath. 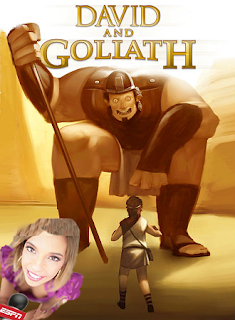 “It’s ESPN Sports Night here at the arena where the Philistines face off against the Israelites.”

“That’s right, Bob. The crowds cheer wildly here in Elah. The reigning champion, Golly G, is warming up and eating a… is that an ox leg?”

“It sure is, Dan. Looks like a mere buffalo wing in those massive paws. His masseuses, all ten of them, are working him over, broad shoulders to feet the size of sleds.”

“Bob, in fairness, we should turn our attention a moment from the big guy to his opponent, little Davy ben Jesse. He hails from Bethlehem, known for steel in its sinews. Young Dave’s oh-for-twenty-seven, but due for a break.”

“And a break he’ll find, Dan, if Goliath gets his hands on him. Gol’s real problem, same as Jordan has, little guys ducking beneath the legs and wreaking havoc.”

“Dan, they’re pulling off the robes and I got to admit, not an ounce of fat on little David.”

“Nor muscle either, Bob. The big guy’s rolling his shoulders and… there’s the bell!”

“Two strides out of his corner… and Golly winds up his infamous ring-dat-bell strongman move and… Splat? That’s it?”

“What just happened? The highly-touted Davy is nothing but a little greasy spot on the canvas?”

“Two-point-two seconds, Dan. That’s got to be some kind of record.”

“This has been ESPN’s coverage of the match here in Elah, sure to be a disappointment in the record books not to mention holders of those ninety-schekel tickets. Wrap it, boys. Can we still catch the bus to Jericho?”

We love it when an underdog wins. If Goliath had wiped out David, no one would have recorded the event.

Take the Fantastic Four movies. It’s hardly fair to pit four against one, no matter how fearsome that one bad guy is. It’s just not cricket. Michael Chiklis, yeah, he was pretty good in the original version, but it’s not enough to maintain attention. You’d have thought Marvel would have learnt its lesson in 2005, but ten years later, they made the same mistakes… only worse. 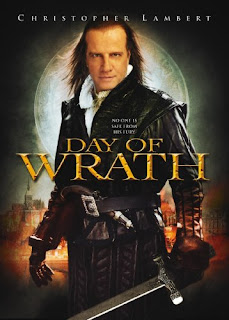 I came across an obscure adventure mystery movie making the rounds of internet television video distributors, presently on FilmRise and CoolFlix. Titled Day of Wrath, it appeared difficult to track down until I discovered it also went by the name Game of Swords.

IMDB awarded Game of Swords an unimpressive 5.6/10, whilst Rotten Tomatoes stamped Day of Wrath a hostile audience rating of 24%. Fortunately I knew nothing of this before watching.

“Fortunately” I say because overall I liked the plot, setting, and cast except for one key character, which I’ll return to.

Set in 1542 Spain during the Inquisition, the story follows a sheriff as he investigates the murders of nobles. The deeper he digs, the more he puts his and his family’s lives at risk, until he suspects some connection between his family and the conspiracy he’s chipping away at.


The story line proves devious but neither contrived nor overdone. The thought-provoking plot wraps up with a couple of satisfying twists. The writers deserve high marks. As for cast…

The town is rife with bad guys, some you hate, some you loathe, and others… not so much. I introduce Lukács Bicskey who plays the part of hired gun, Miguel de Alvarado. His character translates as complex and nuanced, his glacier ice-blue eyes continuously appraising, evaluating. Meeting Bicskey is like coming across a wolf in the forest, one who knows its own prowess, utterly fearless, consummately lethal, and yet… 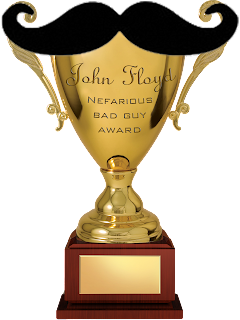 He’s dimensional, more than meets the eye. The Hungarian actor projects the same chill don’t-ƒ-with-the-psychopath as Lee Van Cleef and is maybe just as underrated. He won’t be making any more movies– he died in 2015– but in this one performance, I’d nominated him for the John Floyd Best Bad Guys Ever Award.

If the plot is great and most of the cast is superlative, why the low ratings? My conclusion traces the problem to the film’s star, a hero about as vibrant as Valium, looking like Fabio on a lank-hair day.

Who? American actor Christopher Lambert. He’s appeared in a string of US and European movies since 1980. He often assumes action röles such as Tarzan, Beowulf, and Connor MacLeod in Highlander. In this film, he plods through the part as if we interrupted his nap time. The man’s performance subsumes sole responsibility for extinguishing one or two stars from critics’ ratings.

Setting Lambert aside, I liked this underrated film a lot. Despite verbiage about American World Pictures, the movie is a Hungarian-British enterprise. The Hungarian actors performed well, certainly better than our hero.

For a well-plotted story with one of the most interesting bad guys in filmdom, see it. As mentioned earlier, it’s free right now on FilmRise channels like CoolFlix. Definitely worth the price.
Posted by Leigh Lundin at 00:00 12 comments