Here are a few tips regarding those who wish to remain among the unincarcerated:

Sadly, it happens all the time.  Every year at volunteer/guard training, we hear the stories:  this guard picked up a prisoner on their way home from work-release, took them for a ride, took them home, took them here, took them there...  Had a little coffee/soda/beer/drugs/sex with them.  That guard brought in cell phones/chew/drugs for a prisoner, who paid them with sex and/or cold hard cash. Another person had an affair with a prisoner, and when another prisoner found out about it, the person got blackmailed into having sex with that prisoner, too.  And when yet another inmate found out about that, suddenly the person had to start smuggling contraband...  And then there was the case of a person who got caught having sex with a prisoner, and the prisoner turned around and sued the person for sexual harassment and rape under PREA.  And won.

In each case, beginning the long march to losing job, family, and freedom. 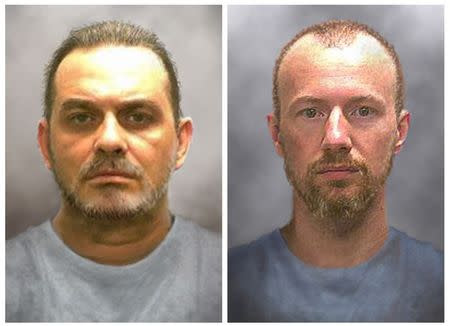 I'm sure you've all been following the story of convicted murderers Richard Matt and David Sweat, who escaped from the Clinton Correctional facility in upstate New York with the help of two prison employees, Officer Gene Palmer (a prison guard) and Joyce Mitchell (who supervised inmates working in the prison's tailor shop).  I know I have.  (Just as I was finishing this up, Mr. Matt was killed, and Mr. Sweat was wounded and  back in custody.)  Now, I wasn't surprised at all that the prisoners tried to escape, and not that surprised that they succeeded - it happens.  After all, they have all the time in their sentence to sit and think up more or less inventive ways of getting out.  And every once in a while, they come up with a doozy.  One that actually works.  I'm just glad that this time no one was killed in the escape.

But what did surprise me, what always surprises me, is that some employees helped them.  To put it in the simplest English, "WHAT THE HELL WERE THEY THINKING?"
Danged if I know.


I do know that many inmates are really good at manipulating people.  If it wasn't their way of making a living out on outside, it sure is now.  Here's a great article which outlines a basic prison con:
http://www.correctionsone.com/corrections/articles/6349020-Downing-a-duck-How-inmates-manipulate/

First, they groom a person. This usually takes the form of either flattery or comfort.  Inmates pay very close attention to staff and volunteers, what they say, how they look, how they act.  (And, no, they literally don't have anything better to do.)  And so they might pay that staff member a compliment, or talk about what a difference the volunteer has made, or how good they are at something.  Given enough time (and believe me, the prisoners  have plenty of time), warm fuzzies abound...

Secondly, they talk, talk, talk, and get the staff/volunteer to talk, talk, talk.  Friendship blossoms. Confidences are made.  Perhaps about something that is slightly... illicit.  That's called instant blackmail.  And suddenly the staff member agrees to look the other way when the rules are bent a little.  And then that little indiscretion is used to hook the person into overlooking rules being really bent, broken, and thrown out in the trash.  And then the prisoners own the staff/volunteer, and anything is possible.  As we've seen.

Personally, I almost feel sorry for Joyce Mitchell (51), who was obviously led to believe that David Sweat (35) was in love with her.  I'll have to hand it to him, he took his time in landing her.  And, even though she still denies having sex with the man (while other inmates are heavily ratting them out and saying yes, they did, over and over again), I kind of hope she got something out of it besides the sickening knowledge that she was used, used, used, because she's going to prison herself, and it would be awful to trade away your entire life for absolutely nothing. 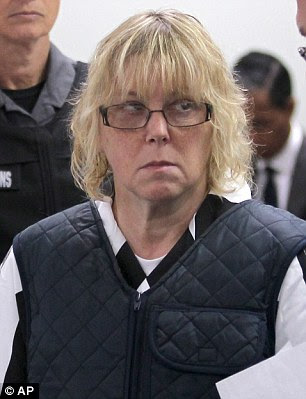 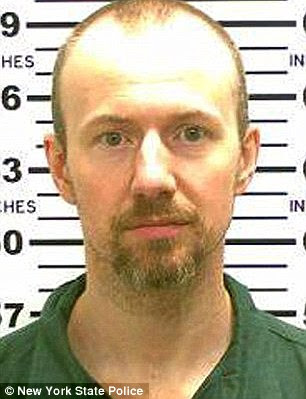 But I do not understand, at all, Officer Palmer trading his career and his freedom away for paintings. (At least the cell phone smugglers got money.)  I heard that he's claimed he was getting intelligence on illegal behavior in prison - but everything he did was (1) illegal according to the rules and (2) completely backfired because he ended up giving them at least some of the tools they needed to escape.  He appears to be one of those workers who came to sympathize more with the prisoners than with the institution.  Not that uncommon.  Prison is not a pleasant place to be in, no matter which side of the bars you're on.  But at some point, you've got to be aware of what you're trading when you become the duck.  You're trading your career, perhaps your family and friends, and all of your freedom in order to be a sucker.  A big fat waddling duck.

It's really simple:  don't violate the rules and don't trust the prisoners.  Be courteous, professional, even friendly (as in business friendly).  Do your job.  Be present.  Listen.  Care.  But don't trust them with your stuff, your mind, your body, your family, your freedom.  The con games never stop, and you are the obvious target, because you can get them something they want, something they need, and who knows?  You might even get them out of prison.  And put yourself IN.