So many of my fellow Sleuthsayers are appearing in anthologies I
thought it might be a good time to talk a bit about promoting
them. It's been many years since I owned a bookstore and promoting has changed a lot but maybe a few tips here can help.

Some of us are a lot better at promoting than others.
Many of us sit in our cubical and write and write and never give a thought to promotion, We really don't want to think about that now. We have to finish this book OR our publisher will promote it, right?

Sadly, NO. Unless you're already a best selling author, your publisher sends your book out with very little pomotion. I never could understand that reasoning. They'll spend $500,000 on X's book when you have 2 other very fine books coming at the same time, by say one new and one mid-list. Why not spend $400,000 on X and $50,000 on the other two. You get the idea but most publishers don't. Could be why so many indie presses are doing very well, thank you.

Okay, I digress. Back to anthologies. No one is really going to push an anthology you happen to have a short story in so, it's all really up to you.

But Jan, I don't like to promote my short stories and I have no idea how to do it and really could care less about it anyway.
Fine, go back to your computer and work on your next story or book. But if you want just a tip or two, please continue reading.

I was blessed because the majority of my stories were in books edited by Ed Gorman and Marty Greenberg (RIP both of you) and books they edited sold very well. Even to markets like Japan and Germany and to audio book pulishers. But to promote your own stories in wonderful but somewhat unknown anthologies you have to always include them on your Facebook page or twitter account. And also on your own author page.

Okay, but I already do that, you say. Great, then this is just a gentle reminder for you. But when you do signings for your books, promote the heck out of your stories in an anthology, too.

You will meet people who'll say, "I never read short stories. I'd much rather read a whole book."  I really get into the character of somone like Jack Reacher or V.I. Warshawski or Charlie Harris and Diesel.  Remind them that an anthology is a great way for them to
discover new writers. Or even to discover  their favorite author namely YOU, just happens to write other characters or even in other genres.

The other reason people say they don't read short stories is they don't have time. Everyone is still pressed for time even though they might be working from home now. They have children to teach or occupy them with things to do or meals to cook or laundry to wash. Remind them that short stories are great for them because, each story is only a few pages long and it starts and ends in those few pages. You won't have to stay up past your bedtime to finish. It only takes 30 minutes so so to read a short story.

Tell them the genises behind the anthology or behind your story. Time Travel edited by Barb Goffman. If you have a story there, find out why Barb did this anthology or tell why you found the  idea so fascinating you just had to write a story for it.

I wrote stories edited by Robert J. Randisi for Lethal Ladies I & II,
because they were to be Female Private Eye Stories. For his
Deadly Allies I & II, they were stories by members of Sisters In Crime and members of Private EyeWriters. Of course, all the Cat Crime antologies all feature a cat. I loved doing those because I had two cats, Nick and Nora and could relate.

I'm sure each of you can come up with a good way to promote your own short stories in the great way you also promote your books but maybe I've sparked an idea or two with you for your short story.

Who Put the B in the BSP?

Here's the question of the day, for all you writers out there: How Blatant should Self-Promotion be?

Consider this definition, found at the Oxford Learner's Dictionaries site:
Blatant self-promotion is the activity of making people notice you and your abilities, especially in a way that annoys other people.

Everyone knows what the key word is, in that sentence. And nobody wants to be annoying. The sad thing is, I think many of us are annoying without realizing it--and somehow that's even worse. Most of us grow weary of having people show us their grandchildren's (or their cats' and dogs' ) photos on their cell phones, but we can't imagine how anyone could grow weary of seeing ours. This isn't quite the same as the blinders we wear regarding self-promotion, but it comes close.

These days, it's an unpleasant fact of life that we authors, whether self-published or not, are expected to do a certain amount of marketing, of both ourselves and our product. Otherwise, unless we're famous to begin with, no one except friends and family are going to know who we are or what we've done. I understand that. We're told constantly that we need a "platform," and a plan for spreading the word, whether it's via Facebook, Twitter, Instagram, blogs, websites, interviews, signings, speaking engagements, or all of the above. But the question is, how much of that can you do before you go overboard, and become an embarrassment to yourself and to friends and family?

How much is too much?

One thing that makes self-promotion appealing, at least to the self-promoter, is that talking or writing about yourself isn't all that hard. You know yourself and your accomplishments, better than anybody else does. Whether you can be objective about it is another matter, but the truth is, something like a blog post about your latest project is pretty darn easy to do--it doesn't require any research or any real work. So, do I do that, now and then? Sure I do. But nobody, including my mother, wants to hear too much about me, or to hear about me all the time. (Well, maybe Mom does, but she's the only one.) 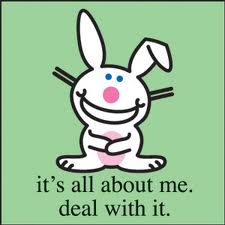 I think the answer--and it seems to be the answer to a lot of life's problems--is moderation. Of course we should try to get our names out there, and put our best foot forward in things like bios, cover letters, press releases, etc. But I think that process has to be grounded in some measure  of common sense. Nobody wants to get emails every day from the same person, asking for five-star reviews and "likes" and visits to author websites and votes for best-novel-cover contests. I mean, Sweet Jumpin' Jiminy.

By the way, I am not innocent of BSP crimes. After all, my post here at SleuthSayers a week ago was a discussion of several of my own stories that appeared in recent publications. I guess all of us do that kind of thing occasionally--some more than others. As Brother Dave Gardner once said, of a traveling preacher who made a whistle stop in Irondale, Alabama, and was addressing the crowd: "He said, 'Let him who is without sin cast the first stone,' and BLAP that rock hit him."

BSP can take many forms. A writer's bio that goes on and on and on can make a reader's stomach cramp and his eyes glaze over, and there's even a school of thought that says the longer the printed bio, the less the writer has actually accomplished--the wannabe author just writes more words about less important things. Even the automatic signature you place at the end of your emails can be too much. Twenty lines of text following your name and listing all your publications and awards and nominations and third-place wins in contests might be overdoing it just a bit. In fact, it might be eighteen or nineteen lines too long.

Same thing goes for booksignings. I'm not saying it's a good idea to sit there at the signing table and stare at prospective buyers like a frog on a log, but it's also not good to call out to passersby like a snake-oil salesman at the county fair or chase them down and pester them with questions. As a customer, I have often strolled over to chat with an author, especially one who smiles and makes eye contact, and I have often (maybe too often) bought his or her book as a result--but I will probably never buy anything from an author who eagerly blurts "Hey, do you like reading mysteries? You'll like this one. Come over here and take a look." Maybe I'm old-fashioned, but I like to feel that the buy/no-buy decision is my own to make, without a lot of arm-twisting. Whether it's a book or a pair of shoes or a bag of peanuts. 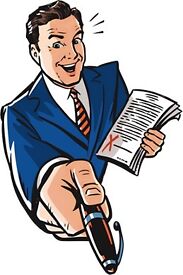 I do try to post my upcoming booksignings on Facebook, mainly because my publisher (who's much smarter than I am, on these matters) has encouraged me to, and also because I know that it has occasionally steered folks to the bookstore on the day I'm there. I don't think that kind of thing is being too pushy; I think it makes sense. But some of the all-out blitzes people do on social media, especially regarding book launches, can get out of hand. All of you know what I mean. There's a fine line there, between aggressive and excessive, and I'm thinking (and hoping) that most of us know where to draw that line and not to leap over it.

Author and editor Ramona DeFelice Long said, at her blog, that writers should keep Goldilocks in mind and do what feels right.

But what does feel right? Do too little, you're shy or lazy. Do too much, you're obnoxious. You're either a wallflower that nobody knows or an insurance salesman that nobody wants to know.

What's your response to this? How do you, as a writer, try to do what's required without being overwhelming? What are your personal "rules"? Also, what makes you, as a potential buyer of a piece of fiction, uncomfortable or annoyed? When does SP become BSP?

By the way, do you like reading mysteries? Have I got a deal for you . . .