Two Can Keep A Secret...

"Two can keep a secret, if one of them is dead." - proverb

But don't count on it.  Even if one of them is dead, then the living person is STILL going to have to go blab to somebody.  A rock, if nothing else.  And sometimes a secret is just too darned hard to keep. For example, for the last month, I've been keeping the great deep dark secret of a surprise 70th birthday party for my husband, Allan, which was pulled off by Michael and Reina (bless you, guys!).  During this month, I have almost blown the whole damn secret at least five times, because someone unexpected said yes! or because the whole place is being cleaned up (!) or because Allan was wondering what we ought to do for his birthday.  Or the Fourth.  Which is the same thing.  Given more time, I would have cracked. Someone would have cracked.  Whew.  Thank God we made it...

This is why I don't believe in conspiracy theories that require absolute total silence on the part of everyone involved.  At least not without death threats that will actually be carried out.  (I understand the Mafia has managed to pull this off at times.)  This means that anything involving aliens, fake moon landings, "false flag" shootings/bombings/etc., Batboy, the Illuminati, UN internment camps, Jesus as a psychedelic mushroom, and any end of the world scenarios involving secret knowledge passed down ancient astronauts / gods (especially aquatic aliens who teach humanity how to grow land crops) are all off the table, at least as far as I'm concerned.

And especially in this day and age.  I grew up in a world where we all knew that J. Edgar Hoover KNEW ALL, Nixon had an enemies list (Hunter S. Thompson, upon finding out that he wasn't on it, said, "Next time, I'll BE there."), and the FBI was everywhere.  And that was before the Patriot Act and the NSA.  (BTW, if you're Instagramming your food in between selfie-ing your every breath, and letting everyone know your constant whereabouts on Facebook, don't tell me you're worried about your privacy.)  Privacy?  Secrets? Don't make me laugh.

On the other hand, the ancient world was pretty good at it.

Back in the ancient world, the Eleusinian Mysteries were initiation and religious rites that lasted over two thousand years - from at least 1500 BCE to 396 CE. And no one still knows exactly what happened at them. The initiates were sworn to secrecy, and they apparently kept it.  (For one thing - I told you! - the penalty for revealing the mysteries was death, and people really were executed:  In the 5th century BCE a man named Diagoras "the atheist" had to flee for his life for revealing too much of the mysteries.)  Little hints got out here and there, but not a lot.  Not the big stuff.

We have no idea how many people were initiates, but everyone who was anyone was, including Socrates, Plato, Xenophon, Pisistratus, etc.  We also know that the mysteries centered around the worship of Demeter, the Goddess of Harvest and Agriculture, and Persephone, Demeter's daughter by Zeus, who was stolen by the Hades, the God of Death.  In Greek mythology, that theft/rape brought winter and death to the world as a whole:  but the Eleusinian Mysteries defied death and brought new life to the world.  According to Joshua K. Mark (Eleusinian Mysteries) "The mysteries celebrated the story of Demeter and Persephone but, as the initiated were sworn to secrecy on pain of death as to the details of the ritual, we do not know what form this celebration took. We do know, though, that those who participated in the mysteries were forever changed for the better and that they no longer feared death."

Plato (4th century BCE) wrote, "our mysteries had a very real meaning: he that has been purified and initiated shall dwell with the gods" (69:d, F.J. Church trans).


BTW, Plato was the first who argued that everyone had an immortal soul.  In case no one ever told you, a great deal of Christian theology about the soul and the afterlife is actually based on Plato, especially Phaedo.  In the same way, many of our ideas about true love are based on Plato's Symposium.  If you haven't read either before, check them out sometime.

Cicero the Roman wrote around the mid-1st century BCE, "Nothing is higher than these mysteries...they have not only shown us how to live joyfully but they have taught us how to die with a better hope."

And Plutarch, writing around 100 CE, said "because of those sacred and faithful promises given in the mysteries...we hold it firmly for an undoubted truth that our soul is incorruptible and immortal. Let us behave ourselves accordingly... When a man dies he is like those who are initiated into the mysteries. Our whole life is a journey by tortuous ways without outlet. At the moment of qutting it come terrors, shuddering fear, amazement. Then a light that moves to meet you, pure meadows that receive you, songs and dances and holy apparitions" (Hamilton, 179).

So what did they actually do in these mysteries?  Well, we really don't know.  Do not be fooled by websites who claim to have the truth:  THEY DON'T.

After that, the initiate was deemed worthy to attend the Greater Mysteries in September/ October (again, depending on the moon).  The ten days of ritual began publicly:  a procession from the Athenian cemetery (no symbology there...) to Eleusis, complete with branches, chanting, and, at one point, ritual dirty jokes because (according to the original myth) an old woman named Baubo [or Iambe, and don't ask me why] cracked jokes and made Demeter smile even with her daughter in Hades.

Then came an all-night vigil, where everyone drank a certain potion - kykeon - that may or may not have contained psychotropic herbs.  Then into the Great Hall, where the Mysteries were unfolded. After that, we don't know.  There were dromena ("things done"), deiknumena ("things shown"), and legomena ("things said").  But what were those things?  There was a sacred casket.  There was a "triune" wheat sheaf.  There was a presentation.  Everything revolved around the Demeter/ Persephone/ Hades myth, which basically revolved around the changing seasons. But that's really all we know.  The secrets were kept.  Seriously.

Afterwards - one hell of an all-night feast, with dancing, merriment, undoubtedly more alcohol, perhaps more potions, a bull sacrifice, and some time the next day an exhausted, satisfied, perhaps hung-over but happy crew, revitalized and resworn, went home.

For two thousand years, this ritual was reenacted and the secret was kept.  We could probably learn something from that.

Oh, and in case you're wondering, Allan was totally surprised at his birthday party, and a great time was had by all!  Whew.
Posted by Eve Fisher at 00:01 6 comments 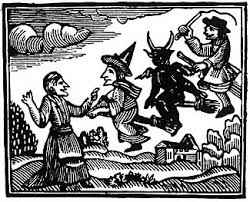