Caching in on Uncle Victor 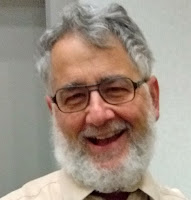 This is a somewhat convoluted tale about an old form of entertainment meeting up with a much newer one.

Back in the 1990s there was a publication called Murderous Intent Mystery Magazine. I used to write a column called FYI in every issue which allowed me to say anything I wanted as long as it was related to mystery fiction. Call it rehearsal for the blogging I have been doing for so many Wednesdays. 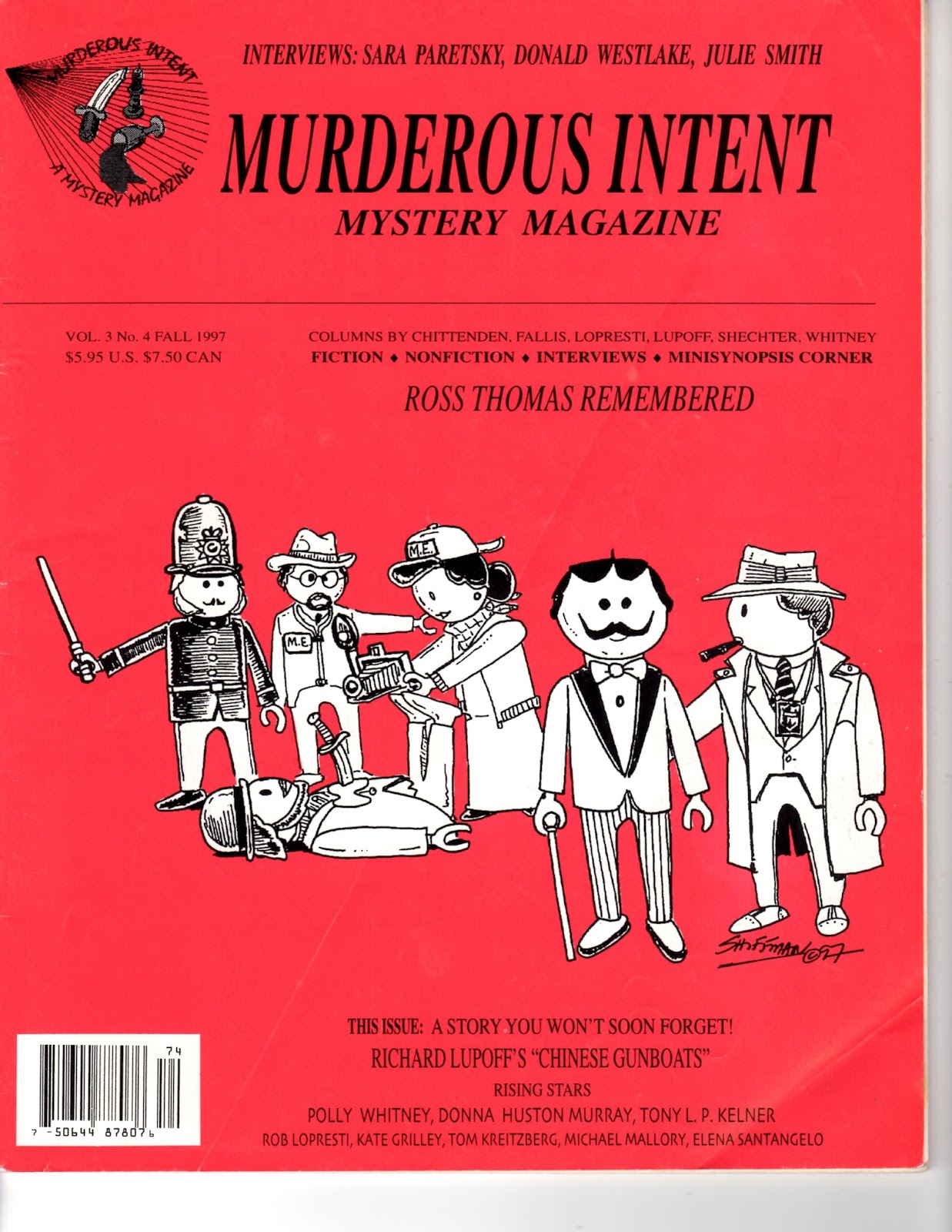 You see, Victor was an elderly and eccentric member of an organized crime family. Like Claudius, he survived in his murderous clan because no one took him seriously enough to kill him. His brother, the actual crime boss, told his son on his death bed, "Take care of Victor. God knows he needs it."

Benny, the son and new boss, is not a nice man, and he doesn't like his uncle. But he wants to make

a lot of changes in the business and so, to please the traditionalists, he has to honor his father's dying words. When Uncle Victor decides to become a private eye Benny pulls strings to get him a license. Alas, Victor's main qualification, like that of Henry Turnbuckle, Jack Ritchie's police detective, is totally unjustified self-confidence.

I wrote a bunch of stories about this gentleman and then Murderous Intent went out of business and I moved on to other subjects. But naturally I included the stories in my online bibliography. 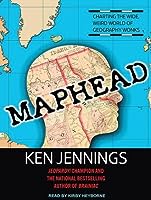 And that's where things remained earlier this year when I heard from some geocachers. Do you know about geocaching? I first learned about it from Maphead, Ken Jennings wonderful book about people who obsess about geography.

Here is a definition, from geocaching.com:

Geocaching is a real-world, outdoor treasure hunting game using GPS-enabled devices. Participants navigate to a specific set of GPS coordinates and then attempt to find the geocache (container) hidden at that location.


The geocachers who contacted me were Kathleen and Bob Loose (and like the fictional Henry Turnbuckle, they are residents of Milwaukee). Their nom de cache is Team~DNF (DNF stands for Did Not Find, a signal that either the hider or the finder went wrong).

And now I will let Kathleen Loose explain why they wrote to me, and what happened next. With her permission I have done a little editing.

Where do the ideas for a geocache come from? They can come from anywhere. Often a geocacher may find a geocache that is different and it inspires them to use a similar technique. That was the case for Team~DNF with Cache GC5XM0N. We had discovered the possible use of ultraviolet paint as part of a cache we attempted in Arizona. Upon returning home, we determined that there weren't any UV caches hidden in our area. We decided to change that and began to brainstorm ideas for possible caches incorporating UV paint/light.

We settled on making our next hide a two stage cache with the UV light needed to get the coordinates for the second (final) stage where the log would be hidden. We tested materials to use for the first stage. Our plan was taking shape. Besides the physical items for the first stage and the cache container for the final, the cache page was needed. Most geocachers try to make the cache pages for their hides interesting, intriguing and inviting to encourage fellow geocachers to go out and find them. We brainstormed ideas for working "UV" into the cache title and cache page ... besides listing the geocache attribute "UV light required". We tossed around word combinations using "U" and "V" starting with the military "Uniform" "Victor" which quickly morphed into "Uncle Victor". We then searched the web and found that "Uncle Victor" was the featured detective in a series of stories by Robert Lopresti.

Being a detective is what geocaching is all about. "Uncle Victor's First Case" sure sounded like a good cache title for this first UV hide. Mrs. DNF, figuring nothing ventured, nothing gained, decided to contact the author to see if there might be a way to weave the story in to the cache page. After receiving and reading the story, it seemed clear to Team~DNF that there was a good fit. They enjoyed working with Rob to get the cache page ready for publication. We hope that geocachers who find the first page of the story in our cache will finish the story by visiting Rob's website.

There were a few set backs in placing the cache. The initial location attempts ended up being unsuitable due to several mystery (puzzle) caches hidden closer than the minimum 528' distance between cache hides. A new location was found that met the hide requirements and the cache was published on August 1, 2015. The FTF (first to find) was claimed on August 2.

While many in the geocaching community looked at the cache page, no one else was attempting a find. This may have been due in part to an intense competition going on involving many of the very active Milwaukee area geocachers during the time the cache was released. This competition ended in mid-October. After confirming the competition was over, Mrs. DNF decided to put in a plug on the local geocaching community's facebook page on October 18th. In the following days there was positive discussion and one geocacher decided to organize a hunt for Friday Oct 23 at 9:00 AM. Mrs. DNF was also available during that time, so she tagged along with the group of four as they hunted the geocache. Everyone had a good time and two of the four even gave the cache a favorite point.

As for Team~DNF, they are working on more ideas for geocache hides involving UV light and increasing their geocache find count.
Posted by Robert Lopresti at 00:00 7 comments