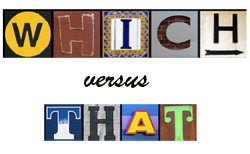 I found that Thai was the only language which wanted to pass my lips in any coherent form, and the only word which I seemed capable of forming was, why?

Two weeks ago, in the context of a discussion on Strunk and White’s The Elements of Style, I wrote about the ability of most authors to develop a “writer’s ear.” Simply put, writing with a “writer’s ear” means that the test of the narrative is “does it sound right?” If so, so be it. Writing from Strunk and White is like flying on instruments, writing from your own ear is like flying by dead reckoning. And dead reckoning is sort of where we all want to be -- we learn the rules so that we can freely write without reference to them.

Whether this works, however, depends upon how well we have developed that “writer’s ear,” how well we have mastered the rules before we begin to grant ourselves the luxury of ignoring them.

How much freedom does our "writer's ear" deserve?  Back in 2006 James J. Kilpatrick had this to say in one of his On Writing pieces:

Is "woken" a legitimate verb? We're talking style today, so stick around. The question came last week from George Woodward of Berlin, Conn. He enclosed a clipping about a fellow who is regularly "woken up by garbage trucks." He asked: Should an editor have changed it to read, "awakened by garbage trucks"? The answer lies in a writer's ear. "Woken" is indeed a legitimate alternative to the more popular "awakened." The thing is, we read with our ears as well as our eyes. What does your ear tell you? I believe an editor with a lively sense of style would leave the sentence alone.

Of course, all of this pretty much depends upon how good that “ear” is. Kilpatrick offers a pretty strict test: If there are multiple usages, each of which is correct but one of which is more popular, the writer (and his or her editor) may choose either based on what sounds right to the writer’s ear 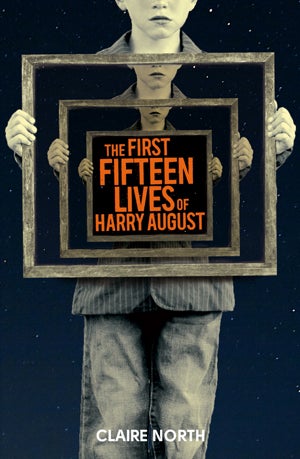 But what if the ear is, in some respect, untrained? What if the choice is one between a correct usage and a grammatically incorrect usage? Return with me now to that quote at the top of today’s piece. How many of you are bothered by the quotation, from the pseudonymous Claire North’s new novel The First Fifteen Lives of Harry August? Do the two usages of “which” grate? It’s understandable if they do, because In each case the indisputably correct word should have been “that.”

Before moving on here I need to state that I thoroughly enjoyed The First Fifteen Lives of Harry August. It is a very engaging science fiction novel with great characters, a neat time-travel plot and an inspired underlying story. I recommend it as a great read. But if you are a stickler on the correct usage of “which” and “that” (and I confess that I am), be prepared for some eye rolling. Throughout the book the author (and her editor) get it wrong almost every time.

By all accounts, figuring out when to use “which” and when to use “that” is one of the great stumbling blocks for writers to master. Ms. North is therefore in good company. Stephen King consistently mixed up the two words for years until, somewhere around ten years ago, something clicked in his head or in the head of his editor. And I was a member of those same ranks. I wrote and edited legal papers for decades without figuring this one out. Finally, about 20 years ago when documents kept coming back to me from the General Counsel’s office with “which” changed to “that” and “that” changed to “which” I hunkered down and learned the rule. And strangely, once you “get” the rule your writer’s ear will predictably kick in. That which previously slipped by unnoticed will then begin to grate.

Many of you, I am sure, are already on board. You know when to use “which" and when to use “that” and you are likely feeling a bit bored with all of this. You folks can quit here and just jump down and read (or re-read) Fran Rizer's excellent article from yesterday, or maybe Stephen Ross' thoughtful guest article from Sunday.

By contrast, if our example read “SleuthSayers, which offers a new article every day, is the mystery short story writers’ blog” it would contain a non-restrictive clause. The sentence still makes sense without the phrase “which offers a new article every day.” So the non-restrictive modifying clause requires a “which.” Clauses with “which” are therefore not unlike the extra information imparted when you use a parenthetical, which is another way to recognize them.

Want an even simpler rule? This one works something like 95% of the time, which is enough for most of our writer’s ears: If a clause is set off by commas it should begin with “which.” Otherwise, use “that.” Of course, this all presupposes that one also knows when to set off a clause with commas. And when do you do this? Well, when the first word is “which!”

If which-es were horses …
Posted by Dale Andrews at 00:01 3 comments