Jan Grape invited a guest whom we are honored to have with us today. Brendan DuBois is the award-winning author of more than twenty novels and nearly 160 short stories. His latest mystery novel, HARD AGROUND, was published this past April by Pegasus Books. His next novel, THE NEGOTIATOR, is set to be published this August by Midnight Ink. He's currently working on a series of works with bestselling novelist James Patterson, with publications set for early 2019.

Brendan's short fiction has appeared in Playboy, The Saturday Evening Post, Analog, Asimov's Science Fiction Magazine, Ellery Queen's Mystery Magazine, Alfred Hitchcock's Mystery Magazine, The Magazine of Fantasy and Science Fiction, and numerous anthologies including THE BEST AMERICAN MYSTERY STORIES OF THE CENTURY, published in 2000, as well as THE BEST AMERICAN NOIR OF THE CENTURY, published in 2010.
His stories have thrice won him the Shamus Award from the Private Eye Writers of America, two Barry Awards, a Derringer Award, and have also earned him three Edgar Allan Poe Award nominations from the Mystery Writers of America.

Sticking It Out
by Brendan DuBois 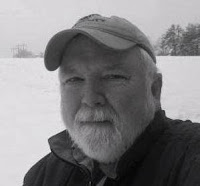 Last month I had the fun and privilege of going to Manhattan for the Edgar Allan Poe Awards ---- or as we call them in our house, Passover (hah-hah-hah) --- and had a fabulous time. The best part of Edgars week is catching up with old friends and making new ones, hobnobbing with agents and editors and other writers, and reinvigorating ones sense of being part a great writing community.

On one afternoon, I attended a wonderful reception at Dell Magazines --- publishers of Ellery Queen’s Mystery Magazine and Alfred Hitchcock’s Mystery Magazine --- and among the attendees were two old friends of mine, writers Doug Allyn and S.J. Rozan.

As we talked, laughed and gossiped with editors Janet Hutchings and Linda Landrigan, assistant editor Jackie Sherbow, and authors Jeffrey Deaver and Peter Lovesey, it was a just reminder of how far I’ve come in publishing. When I was just a kid, writing short fiction at the age of twelve, I dreamed about coming to Manhattan and hanging out in publishing offices.

At some point, some of us realized that three of us --- Doug, S.J., and myself --- had all gotten published by either Ellery Queen or Alfred Hitchcock within a year or so of each other back in 1986. I think the three of us looked at each other and all thought the same thing: thirty years! And look how good we all looked! And we are still getting published in both magazines, as well as novels and other works.

Later that week, I joined up with S.J. and Doug at the Dell Magazines table during the Edgars banquet, and as part of the ceremony, there’s a slide show depicting past Edgar winners, and when it came to the 1980s and 1990s, the three of us commented on fellow short story authors who had won Edgars, had published for a few years, and then… disappeared. 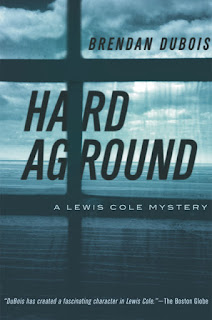 The three of us discussed this a bit, talking about these past friends and co-authors, and while a couple of them had died over this time period, what of the others?

I don’t know about Doug or S.J., but I felt a slight shudder pass through me. I’ve always wanted to be a writer, and to be a published author back in 1986 was one of my greatest accomplishments. How could someone just… stop? Give up? Never return again to writing?

And what could someone do to prevent this from happening?

What are the keys to having a lengthy writing career?

❶ You have to possess something more than just talent. You need drive. Something inside of you pushing you. Many years ago, when I was in college, a good friend of mine had submitted a short story to The New Yorker magazine. It was rejected, but it was a personal rejection, a typewritten note from an editor, encouraging her to submit again. And what did she do? Nothing! She just shrugged and went on with her life, finding joy and satisfaction in something else.

I’m still gobsmacked that she had done that. But you know what? Her life, her decision.

❷ You have to have a thick skin. Rhinoceros skin? Try two rhino skins. Writing is a hard, tough, and lonely business. Here’s a news flash: nobody cares if you write or not. Nobody. It’s all up to you… and you have to realize that in the outset, you’re going to get rejected. Lots of times. Rejected in creative ways you never knew possible.

And some of those rejections will be harsh and deeply personal. And you have to smile, shrug it off, and keep on writing.

Then… you get published! Yay!

And then you really need a thick skin… maybe three rhino skins. The reviews will come in, and some will be great, and some will be awful. And as humans do, you’ll tend to ignore the good reviews and obsess on the negative ones.

As someone once said, opinions (and reviews) are like certain bodily orifices. Everybody has one. There are a number of fine, dedicated and thoughtful reviewers out there, but alas, it’s the mean ones that stick in your mind. 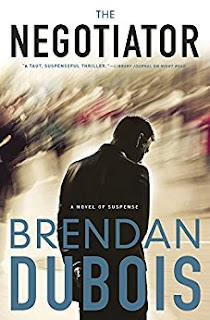 ❸ You have to be willing to stretch yourself, try different things, different approaches. My first published short stories were of a kind, following certain tropes and approaches. But as months and years went by, I decided to experiment.

You can’t keep plowing and re-plowing the old fictional fields. Editors and readers then get bored. So I wrote first person. Third person. Even a couple of second persons. Then I wrote from the point of a view of a woman. A young boy. A… dog! Yes, a dog.

You need to be trying new things, new ways of telling a story. Sure, there’ll be rejections, but in the end, you’ll be your stretching your talent.

❹ You have to seek out new markets, new opportunities. Back in the days when I first started writing short stories, I used a typewriter. Found my markets via Writer’s Digest Guide to Markets. Sent out my stories in a nine-by-twelve manila envelope, with an SASE contained within. And I’d walk up to my mailbox, shooing away the baby dinosaurs as I did so.

Now it’s all electronic. And there are lots of new markets out there, lots of new publishing opportunities. When I first started out, self-publishing was considered icky, the sign of a loser. Now? I self publish novels that I’ve retained the rights to, and have self-published a number of original anthologies of my own short fiction.

Opportunities had changed, and so had I.

❺ And, lastly, you still have to love it.

Not to mention that there aren’t setbacks, or disappointments, or career plans that founder on the shoals of reality and publishing.

But still, I can’t go without a day without writing.

My friend Doug mentioned this at another ceremony during Edgars Week, where Ellery Queen’s Mystery Magazine gave out the Reader’s Choice Award. He said something to the effect that decades later, he still loved being in the writing game, that he still loved it.


by David Dean
The best of times 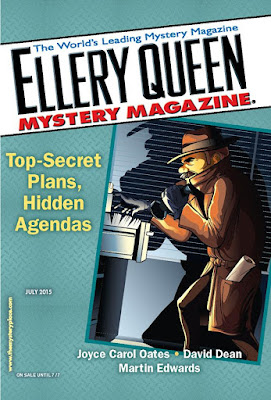