One of the things I worry about during the planning stage, before sitting down and starting to write a story, is deciding which character can best tell the story.

My V of POV

At the risk of rehashing things all of us already know, let me say something about Point of View in fiction. I've always felt that the viewpoint character should be the person who's most affected by what happens in the story. This isn't necessarily the title character or even the most visible or memorable character. The person who tells the story in To Kill a Mockingbird is Scout, not Atticus. In Shane, it's the little boy. In The Great Gatsby, it's Nick Carraway. In the Sherlock Holmes tales, it's (almost always) Watson. Ideally, it's the character who learns the most from the story's outcome.

In stories (and novels and movies) where there's more than one POV character, the writer has to consider some other things too, like who'll be in the best position to build suspense and/or make the story "flow" well. This is something I ran into in my story "The Road to Bellville," in the current (Spring 2021) issue of Strand Magazine. It's a 6200-word mystery about a rural female sheriff in Florida who's transporting a young female prisoner from one jail to another, and the unexpected things they run into when they make a stop at a roadside cafe on the way. It's also a story of loyalty, deception, escape, pursuit, betrayal, courage, sacrifice, perseverance, redemption, and plenty of lowdown criminal activity. 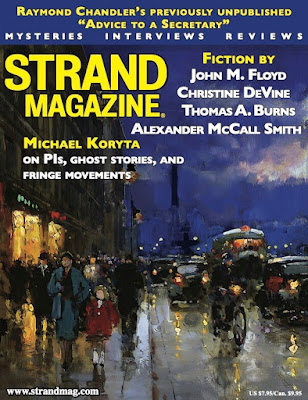 I knew, when I first started thinking about this story, that I wanted to make the sheriff the viewpoint character. She was the one in the best place to tell the story, and would also (as required) be affected the most by what happened. But the more I got into the plot, I realized I needed a multiple-viewpoint story rather than single. That automatically meant the narrative would have to be third-person rather than first-, but that was okay because third-person is a little more comfortable for me anyway if the POV character's not a male. The main thing was, I needed the extra point of view in order to describe some offscreen action that the sheriff wouldn't be in a position to see, and also to generate the tension and misdirection I needed in the middle of the plot. FYI, scenes #1 and #2 and scenes #4 and #5 in this story are from the viewpoint of the protagonist, and the middle scene is from the POV of an antagonist (the third one of the main characters).  Symmetrical, I guess, but only because it just happened to work out that way.

Note 1: I've not yet received my copy of the current Strand so I've not yet seen the published version of this story. What I've told you is based on the manuscript I submitted. (Andrew, I hope you haven't changed anything in printing the story.)

Note 2: The name of the fictional Bellville Correctional Facility for Women probably came from my recent re-watching of the movie The Road to Wellville, whose plot and setting and characters bear no resemblance at all to this story. I just liked the sound of the title. 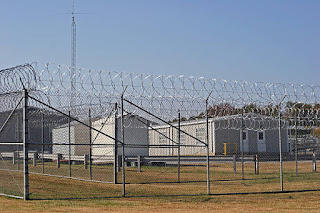 Questions for the class. Anyone? Anyone?

If you're a writer, what are some of the things you consider when you choose the POV through which you tell a story? Which kinds of stories do you usually write in first-person and which in third? Does it matter? How often, and why, do you choose to use multiple POVs? (I've heard some writers say you should never use multiple viewpoints in a short story, which is simply not true.) How do you go about selecting your viewpoint characters? Is the process obvious, or does it require a lot of consideration? And do you ever start writing the story and then change your mind about POV in midstream and have to start over? I sometimes do, even though I call myself a planner and not a pantser.

A final word. If you happen to see and read the story I've been talking about, I hope you'll like it—and I hope these issues I puzzled over during its creation aren't noticeable.