Art historians and critics are fond of talking about 'late style'. By this they don't mean the usual age- related deterioration where the painter's or sculptor's hand loses its cunning, the eyes begin to lose their focus, and, too often, the mind, ditto. No, late style is the rare and happy alternative outcome, when despite, or sometimes because of, the frailties of age, the artist experiences a burst of innovation and creativity: Rembrandt's magnificent late portraits, Titian's dark and eloquent religious works, and nearer to our own time, Monet's billboard-sized water lily paintings and Degas' radiant pastels.

Ian Rankin's newest novel, A Song for the Dark Times, has gotten me thinking about late style in detectives and detection, as we have now had three popular sleuths closing in on old age. The late Henning Mankell's Kurt Wallander struggled through his last case while in the early stages of dementia. The redoubtable Vera Stanhope has had a serious heart scare. Her unenthusiastic attempts at fitness do not bode well for her future health, and I suspect only her popularity on the small screen will keep Anne Cleeves' inspector going.

As for John Rebus, Rankin's long-time protagonist, that old copper is now retired. When A Song for the Dark Times opens, he is in the process of giving up his second floor apartment (3rd floor in US terminology) for a smaller ground floor flat. The stairs have become too much for a man suffering from 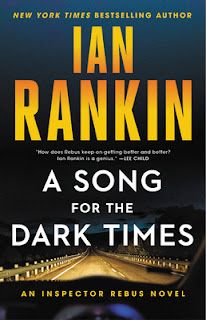 COPD, a debilitating lung disease. That and the state of his ancient Saab should ensure that he stays home with Brillo, his dog, and a stack of unsolved case files.

But literary detectives are not quite like the rest of us, a mystery is meat and drink to them, and opposition and complications are as good as advanced medicine. When his difficult daughter's partner disappears, Rebus heads for the far north of Scotland to a tiny town adjacent to what was once a WW2 holding camp for enemy aliens and later for POWs. Mystery soon turns into murder, and John Rebus is right at home.

And yet, the key difficulty remains. The old officer is not up for any great exertion, although he carries his inhaler and watches his whiskey consumption. Rankin devises an elegant solution: two parallel investigations. One involves Rebus's attempts to assist the police in the Highlands, who are polite but firm: civilian assistance is not required.

Rebus soon finds that he is no longer a top cop with privileged access and the ability to give orders. In response, he tackles some of the less obvious lines of inquiry, interviewing the local historical group involved with the camp site and researching the magnate who owns huge tracts of land in the area.

To fill out the mystery and to give his elderly detective a breather, Rankin shifts every few chapters back to Edinburgh where Siobhan Clarke, Rebus's friend, colleague and protege, has a case involving the stabbing of a rich Saudi student. Wealth, political considerations, the presence of Inspector Malcolm Fox, her long time rival, and even an appearance by Big Ger Cafferty, long the Moriarty to Rebus's Sherlock, ensures that Siobhan has her plate full. 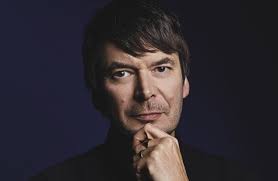 Both mysteries unfold with Rankin's usual dexterity, DI Siobhan Clarke shows she learned from a master, and there's a fair bit of cynical cleverness all round. What is different are the adjustments Rebus must make. He has to be patient with his distraught and frankly rather unpleasant daughter, remembering always that he was never the world's greatest dad.

He has to get used to being the recipient of orders – mostly to clear out and let the professionals work – and he has to call on assistance from Siobhan to access the information he wants. He's back to amateur status, no matter how experienced and perceptive he is, and it is interesting to watch him adjust his game plan to his reduced powers, both physical and professional, and, in so doing, acquire a fine late style.