For Your Quarantine-House Arrest Viewing Pleasure 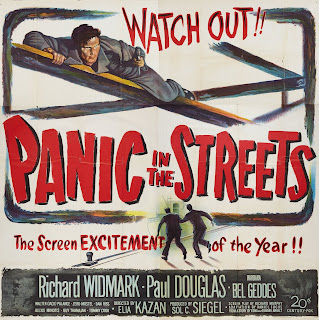 I work at home. And we live off the beaten path, so I'm home a lot and used to it. Disciplined. Etc. But knowing that I shouldn't be going anywhere and that everything is closed still gives me a feeling of unease. Before, if I wanted to get out somewhere I could. Now I pretty much can't cause everything's closed, social distancing and all the rest. So, even though not much has really changed for me, it's still different. But Buster still gets his walks.

So, in this time of “sheltering in place” and concerns about being out in public, I thought I’d suggest some fun movies for your quarantine. And I hope I remember them correctly. But even if my descriptions aren’t 100% correct they’re close. I think. I hope. Maybe. Also, I’m not including movies where zombies come after people or people turn into zombies or zombies have romances with other zombies or zombies have romances with humans. (Note: This is a zombie-free blog post.)


Outbreak – A virus moves from monkey to humans. Starts conquering the universe until Dustin Hoffman and Renee Russo save the day.

Contagion – A virus moves from bat to humans—sound familiar? Starts to infect the world, until Matt Damon, Laurence Fishburne and Kate Winslet save the day. Get Matt on the horn. Stat. 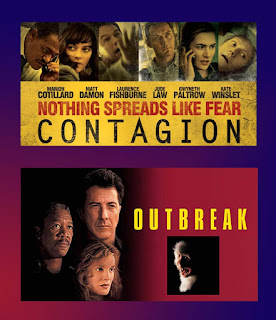 Panic in the Streets – A doctor and a cop have 48 hours to stop pneumonic plague from conquering the world. Richard Widmark saves the day.

The Killer That Stalked New York – Evelyn Keyes is a smuggler who arrives in New York infected with smallpox. She eventually feels guilty, turns herself in and saves the world. 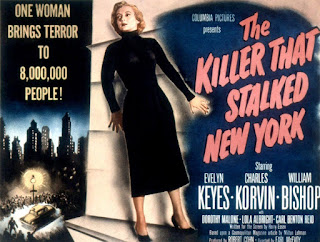 The Andromeda Strain (1971) – A virus comes to earth from outer space and begins to conquer the world until Owen Marshall, I mean Arthur Hill and pals save the world.

12 Monkeys – A deadly virus almost wipes out humanity—until Bruce Willis saves the world. He has to go back in time to do it though. Of course, this is after he saved the Nakatomi Building in Die Hard I (The real building of which was a couple blocks from where I used to live. I remember watching it go up in the distance.) and rescuing the Fed’s gold bullion stash in Die Hard III. He’s a busy dude. But he couldn’t save his hair. 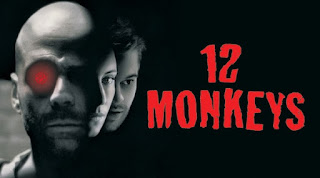 The Stand – A deadly plague kills off most of the world. Who (actor-wise) saves the day depends on which version you watch.

Runaway Virus – I haven’t actually seen this one, but a “runaway virus” is out to get the world. I’m sure somebody saves the day. Wanna bet on it?

The Devils – Lotsa hanky panky in the town of Loudun in 17th century France, while the plague rages in the background. Burn ’em all at the stake…and hope the plague burns with ’em.

The Hot Zone – Follows the spread of the Ebola virus. I sure as hell hope someone saves the day.

Pandemic – There’s a handful of things by this title in which a virus spreads. I think someone will save the day.

Now, if we can only get Matt and Evelyn and Renee and Richard and Dustin to save us.

Okay, don’t get on my case for trying to be a little funny here.

I’m sure there’s many more. So feel free to add to the list in the comments. And please no political comments.

Got another early review for The Blues Don't Care. Thank you to Sam Sattler at Book Chase.

"The Blues Don’t Care is a fun, atmospheric look at 1940s Los Angeles that almost perfectly captures the tone of all those old black and white gangster movies of the day. Bobby Saxon is such a fan of those films himself that he uses them as training films in his quest to make himself into a detective capable of solving a murder the police have little interest in solving for themselves. Sometimes that works, and sometimes it makes him crazily reckless. And that’s exactly why The Blues Don’t Care is so much fun. (Well, that and one other thing about Bobby you’re going to have to learn for yourself – trust me.)" —Sam Sattler, Book Chase 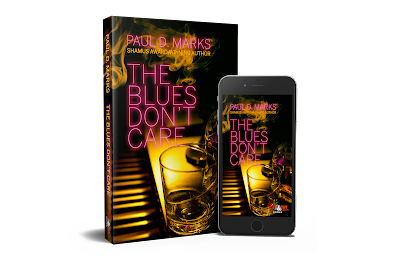