Since I was in a reminiscing mood the other day--and since I was having trouble coming up with an idea for today's column--I took a look at what I'd posted exactly ten years ago at the Criminal Brief mystery blog (the predecessor to SleuthSayers). Oddly enough, my subject that day was one I was discussing with a friend just last week: trivia about writers.

I have taken the liberty of re-posting that piece of nonsense here. You'll see some things that might be a bit off, including my mention of a couple of authors in the present tense who have since died and at least one research mistake (Christie did NOT kill off Miss Marple in Sleeping Murder, as my source said she did)--but I hope you might find a few interesting facts here. I know one thing for sure: our odd fascination with trivial details will always be around.


INSIDE INFO, by John M. Floyd 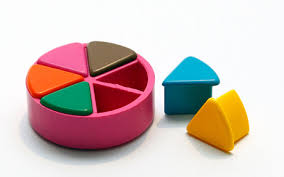 I like trivia. I always have. I think it's fun to discover little-known and often useless facts about the people and places and things that share our world. Who knows, maybe it's fun because it is useless: the pursuit of meaningless information is more like play than work, and we have plenty enough work in our lives.

Stalking the rich and famous

Apparently I'm not alone in my fondness for unimportant details. We all know how the general public loves to get the skinny on celebrities and their antics. There seems to be no end to the number of fans who want to know what J-Lo wore to her premiere last night or what kind of cereal George Clooney eats for breakfast.

I can understand that, in a way. I like finding out that Sinatra was the producers' first choice to play Dirty Harry, and that E.T.'s voice was really Debra Winger's. But I'm also interested in another area of trivia: writers, and their backgrounds and habits. Because of that, I keep an eye open (both of them, occasionally) for little tidbits that shed more light on the sometimes secret lives of authors.

The quirks of Shakespeare

Here are some of those pieces of information that I've picked up and stored away in notebooks over the years. I can't remember where I found most of them, but at least a few came from a book called Writing the Popular Novel, by Loren Estleman. He calls them "Fiction Facts":


- At one point, Mickey Spillane was the author of seven of the ten best-selling novels of all time.

- F. Scott Fitzgerald kept track of his plotlines by pinning the drafts of his chapters up on his walls. 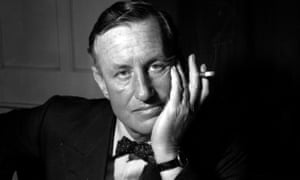 - Ian Fleming named his main character after reading a book called Birds of the West Indies, by James Bond. He liked the name because he considered it dull and bland and therefore appropriate for a secret agent.

- While serving as president of Anderson Manufacturing, Sherwood Anderson abruptly walked out of his office one day to pursue a career as an author (good for him!). Also in the "odd exit" department: Years later, Anderson died from peritonitis after swallowing a toothpick hidden in an hors d'oeuvre.

- Agatha Christie, who was convinced that others might exploit two of her main characters after her death, killed them off in two books--Jane Marple in Sleeping Murder and Hercule Poirot in Curtain--and arranged to have them published posthumously.

- The prolific John Creasey is said to have written his first published novel on the backs of more than seven hundred rejection letters.

- Jack Kerouac mounted a continuous roll of teletype paper above his typewriter so he wouldn't have to crank in new sheets. 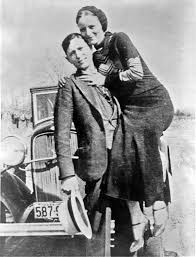 - Bonnie Parker and Clyde Barrow's literary heritage: a number of Bonnie's poems were accepted and published in newspapers in 1933, while she was eluding the FBI--and a letter from Clyde to Henry Ford, praising the Ford as a getaway car, is now on display at the Henry Ford Museum in Dearborn, Michigan.

- When asked what one of his stories meant, William Faulkner once replied, "How should I know? I was drunk when I wrote it."

- Arthur Conan Doyle was an ophthalmologist; since it didn't pay particularly well, he took up writing only as a way to make ends meet.

- Frankly, my dear, Margaret Mitchell wrote the ending of Gone With the Wind first and wrote the opening only after the book was accepted for publication, ten years later.

- Both Robert Louis Stevenson and Mark Twain liked to write lying down, Ben Franklin and Vladimir Nabokov often wrote while in the bathtub, and Lewis Carroll and Ernest Hemingway (after injuring his back in a plane crash) wrote standing up.

- Rescued at the last moment: Tabitha King retrieved Carrie from her husband's wastebasket (the Kings were almost starving at the time), and the son of Leo Tolstoy fished the discarded manuscript of War and Peace out of a drainage ditch.

- Elmore Leonard writes everything in longhand, on yellow legal pads.

- Six-foot-six Thomas Wolfe also preferred to write standing up, using the top of his refrigerator for a desk.

- Charles Dickens's dream was to be a comic actor. Thankfully, he wasn't very good at it and decided on another career instead.

- J. D. Salinger sometimes avoids interruptions by writing in a concrete bunker near his home. 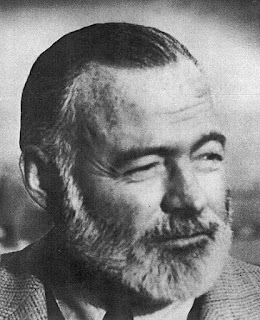 - It is said that Hemingway's simple, terse style came from the fact that he had memorized the King James version of the Bible and could recite it by heart.

- Stephen King wrote the first pages of Misery in a London hotel at a desk that had belonged to Rudyard Kipling.

- William Sydney Porter (O. Henry) got the idea for his pseudonym from a guard, Orrin Henry, who befriended him while he was serving time in prison for embezzlement.

You get the idea: writers are a different breed, and writing itself is a strange occupation. But, as Stephen the Kingster once said, "It's better than having to pay a psychiatrist."


Just as recycling a long-ago column is better than having to dream up a new one. (I promise I'll post one next time that hasn't been previously driven.)

One more piece of trivia, in the where-has-the-time-gone department: Fifty years ago tomorrow, I signed on with IBM, fresh out of college, and stayed there 30 years. Great jumpin' Jiminy.

A final note: In the comments following this original post, that smartaleck Leigh Lundin asked if I could write my next blog post without using the letter "e." My response was: "Of cours I will." (But I didn't. Mayb nxt tim.)

Have a great February.