In ME TOO Anthology, A Different Kind of Protagonist Fights Back


by Elizabeth Zelvin
By now, many SleuthSayers readers know about Me Too Short Stories: An Anthology, SleuthSayer emerita Liz Zelvin's cunning plan to strike a blow for abused women and girls in short crime fiction, making them the protagonists of their own stories. Fifteen authors including Liz and SleuthSayer Eve Fisher created fictional sisters who take charge of their narrative. In this post and two more to follow, some of the anthology authors gather in cyberspace to discuss topics on this theme. 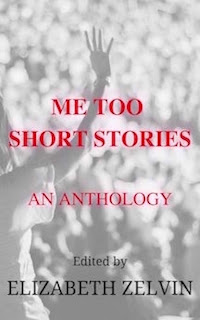 Liz: Our anthology, Me Too Short Stories, has a log line that makes the common theme of the stories clear: "Crimes against women, tales of retribution and healing." Who is the protagonist in your story, and what makes her different from the usual women characters in crime fiction, whether sleuths, victims or killers?

Eve: In my story, "Pentecost," set in 1990, Darla is the first female pastor in Laskin, South Dakota, where a lot of people still don’t believe women should be pastors at all. Darla is a working class widow and mother, and she’s fought hard to become a pastor. How hard will she have to fight for acceptance in the small town in which she was raised? She’s changed, but the town hasn’t.

V.S.: In "No Outlet," Arlene is a widow in her sixties, a retired career woman. Suspicious activity in her neighborhood triggers memories of a tragedy from her college days that still haunts her. Her observations prompt her to help a young woman in trouble.

Madeline: Bobbie, the protagonist of "Stepping on Snakes," is a carefree youngster with more common sense than she appreciates. She relies on her instincts, which are those of a child: good and bad, black and white, right and wrong. As adults, we are often paralyzed by indecision. Kids just act on impulse.

Rona: The protagonist in “The Call Is Yours” is the kind of New York woman who dresses for the city and the life of the street. She answers a general call from the police that allows her to remember fully and to act. That concept of not fully remembering is a fascinating one to me. We remember when we have permission to remember. It's remarkable to me that a police force—the NYPD, with its The Call Is Yours campaign— captured that in a call to the populace.

Liz: What I'm hearing so far is that by and large, our protagonists differ from crime fiction regulars in that they are driven by memory as much as the need to investigate or even to avenge a crime. My two protagonists in "Never Again," a teen and an adult, were first abused at the ages of four and nine. Their experience and that of the other children in the anthology occurs frequently in real life. But crime fiction tends to avoid such protagonists. "No child abuse!" submission guidelines say. They avert their eyes, as if this were a virtue.

Liz: Exactly. Everybody knows that crime fiction writers are not serial killers. But nobody denies that serial killing exists. Society reacts to the abuse of women differently, doesn't it, even in the age of the Me Too movement. That's why we need to bring the case for believing girls and women to crime fiction. Believe us when we say, "Me too!" Believe us when we say, "This hurt! This terrified us! A woman I loved is dead or damaged beyond repair because this happens all the time!" We're ambassadors for the imagination, and we want you to listen. So how did you choose your protagonist?

V.S.: Like most of my characters, Arlene is an amalgam of bits and pieces of my life. An incident that occurred in my neighborhood years ago was a catalyst. She embodies the regret for situations in which reluctance and timidity prevent personal involvement as well as pride for times when needed action is taken.

Eve: Darla comes from the women in the small town I lived in for twenty-seven years, who shared their secrets and shame among themselves—but not with the men—and from the little girl whose neighbor’s college age son tried to molest her.

Rona: I wonder if we choose our protagonist or the protagonist chooses us when as writers we are given permission to remember. I recall being taken to New York City as a very young girl and seeing the women who dressed for the street. I have always remembered one woman who was beautifully dressed and weighed down with department store bags, gripping one in each hand and bending to manage the weight. I remember her careful beauty and her utter sadness.

Liz: I'm a shrink in my "other hat," and sexual abuse and child molestation are unfortunately not rare. I have many stories, not only about abuse and the shame and isolation that linger long afterwards, but about denial and collusion in the community, which make the girl or woman's position unbearably painful. Last question: what would your protagonist like to say directly to the reader?

Madeline: Bobbie says, "If something happens to you or someone near you, don't freeze. Be bold—act now, think later. Mistakes can always be forgiven."

V.S.: Arlene says, "Trust your intuition, not only to protect yourself, but also to recognize when another woman may need help in escaping a situation with no outlet."

Liz: Valerie says, "Don't shy away from what kids like me go through. A conspiracy of silence only helps the molesters." Frances says, "Stop seeing fat women as throwaway people. We're not a bad joke, and we don't deserve your contempt."

Rona: "As fashion changes, times change. Sometimes courage takes a long time to solidify and meet up with a changed society."