by John Floyd
NOTE: I'm pleased today to welcome my friend Herschel Cozine as a guest blogger. Herschel has published extensively in the children's field, and his stories and poems have appeared in many of the national children's magazines. His work has also appeared in AHMM, EQMM, Woman's World, Flash Bang Mysteries, Over My Dead Body, Orchard Press Mysteries, Mouth Full of Bullets, Great Mystery and Suspense, Mysterical-E, Wolfmont Press's Toys for Tots anthologies, and many other publications. His story "A Private Hanging" was a finalist for the Derringer Award, and his flash story "The Phone Call" won a Derringer in 2017. Herschel, it's great to have you here at SleuthSayers again! -- John Floyd

It's that time again to take a break from the meaningful and helpful blogs and just relax. I promise that there is nothing in this blog that will help you in any way. But if you have a few minutes to spare and don't care how you spend them, I encourage you to read on. 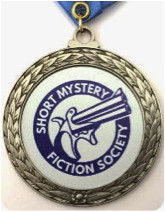 Winning the Derringer Award is indeed an honor and I am unashamedly proud of it. In the writing community such an accomplishment is one which we all struggle to achieve. But it is not a bed of roses. The experience, at least MY experience, was fraught with angst and tension that at times defied description.

Let's start at the beginning. One writes a story, finds a publisher, sits back and considers its future. Is it good enough for an award? The only way to find out is to submit if for consideration.

So I did. In January of 2017 I sent it in to SMFS (Short Mystery Fiction Society) for consideration in the Flash category. Then I waited. Two months. An eternity. 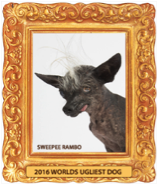 I woke up one morning and found an announcement that my story had been chosen as one of the finalists for the Derringer. My euphoria was tempered by doubt. I quickly looked at the source of the announcement. I have a cousin who is fond of practical jokes. He once entered my picture in the Ugly Dog Contest. It was a rotten thing to do. (I finished right behind a snaggle-toothed Pomeranian with one eye.) This, I thought, was his doing. But further research proved that this was genuine. Still, I was a little dubious. I had learned of this honor on April 1, another reason for being uncertain of its authenticity. Was this on the up and up?

I finally accepted the news and shared it joyfully with my wife. My excitement was tempered by another sodden thought. Perhaps there had only been five stories submitted. That would explain it. I checked the entry list and saw that some thirty-odd stories had been entered. Encouraging. I had beaten at least thirty (one, by the way, of my own among them). So far so good.

Nevertheless, hope springs eternal. The judges had spoken. Now it was up to the members: fellow writers, some of whom were already upset that their entries had not made it. Was that good or bad? I wasn't sure. They would judge with a critical--and professional--eye.

I read the stories carefully, putting aside personal prejudice and desire. It was depressing. All of the stories were worthy of the award. I cast my vote and went to bed. My entry now had at least one vote. It was a start.

I steeled myself for a month-long wait. April has only thirty days. As you can see, I always look for a silver lining. Still, it was going to be a tension-filled month. I worked in the yard until it was the showpiece of the neighborhood. I cleaned out the garage. One could now eat off the floor. (My wife asked me to get the names of the judges so she could send them a thank-you note.)


May first finally arrived. I hurried to the computer and navigated to the SMFS website.

There it was!!! "Winner in the flash category . . ." I rubbed my eyes and looked again. It was surreal. 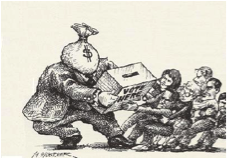 A thought immediately came to mind. Fake news! The polls had been rigged. There must have been millions of illegal voters. I was certain there would be a call for a recount. The Russians must have had something to do with this.

Congratulatory messages started appearing on the SMFS site and in my personal email. I finally--and happily--accepted the good news. I had won!

Now this sobering thought: I had to wait six months to claim my award. Not only that, but it would be given in Canada. If I wanted to accept the award in person, I would have to endure a cross-country plane trip (I live in California), hoping I would not be dragged from the plane in mid-flight (I would be flying United). In order to enter the country one must provide valid identification, such as a passport or birth certificate*, and a notarized statement that you did not vote for Donald Trump. My passport expired in 1973 and my birth certificate is so old it is illegible. Back in those days they only recorded "live" births, and it wasn't clear that I was eligible. It would be my luck that Canada would build a wall (which the U.S. would pay for), and keep the "undesirables" out of the country. Thankfully, there wasn't enough time for that.

(*I learned that birth certificates are no longer accepted. Fortunately, I updated my passport.)

When I made my reservations, in May, I hoped that nothing would come up to prevent my attending. Sure enough, two days before I was to leave, the city of Santa Rosa started to burn and I lived in an area that was dangerously close to the fires. My first inclination, of course, was to cancel the trip. But cooler heads prevailed (i.e., my wife's). "Sitting around here without electricity or gas is not going to help," she said. "I will be well taken care of by the kids."

"But what about our house?"

"What will you do about it? Wave your arms and make the fire go away? Leave it to the pros."

It was her way of saying I would only be in the way. I got the message.

The ceremony itself was impressive. However, I almost missed my big moment due to the fact that I didn't hear Melodie call my name. I am eternally grateful to Rob for getting me to the podium on time.

I was, and still am, honored and humbled by this award. My heartfelt thanks to all who voted, regardless of their choice. A big turnout made the award that much more meaningful.

NOTE: I have a flash story published this year that I plan to enter in next year's contest. With any luck I won't win. (Just kidding.)