The Things We Do for Our Art


by Paul D. Marks
We all do various forms of research for our art, our writing. And we all make sacrifices for it. Some are big, some are little. There’s the standard research in books and on the net. Then there’s first-hand research, going to a particular location, talking to people who might have been involved in a certain event, or maybe taking on certain experiences ourselves, etc.
I’ve hung out in dive bars and other dives (including SCUBA dives). And spent years doing things that would make your hair curl and mine, too…if I had any, all so I could have a life and some life experience to eventually write about. Well, maybe I didn’t think of it as research at the time, but in retrospect it came in handy for things I wrote later on. And I’ve turned down invitations to go places, anything from a movie to parties, with friends so I could write—and have lost friends over it. Ah, the sacrifice.

But here I want to focus on a handful of things that I think are kind of funny in retrospect. At least these are a few of the ones that are light enough and that I’m willing and comfortable enough to talk about at this time, but they’re really only the tip of that sacrificial iceberg.

The Den of Nazis: Okay, maybe Nazis aren’t fun, but here goes: In ye olden days, before the 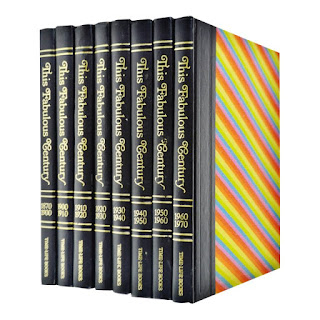 internet, I was doing research for a project set in the near past. I needed info about the daily life and costs of items and such from the 1930s, 40s, etc. Time-Life had a book series called This Fabulous Century. Each volume covered a decade and had that types of info in them. I had a few of the volumes  but not the whole set—how I managed that I’m not sure. Anyway, I wanted to get the rest of the set so I saw an ad from someone selling it. I responded and they gave me their address in a middling L.A. neighborhood, not great, not horrible. I drove down one afternoon. Nice old brick or other classic-type apartment buildings, like something Philip Marlowe would be comfortable in. I go to the people’s apartment. A young woman answers the door and lets me in. I walk into this beautiful old living room with fancy crown molding and gorgeous original wooden floors and the biggest motherfucking Nazi swastika flag hanging on the wall that you can imagine. It took up the whole wall. Now, maybe they were just into humungous historical flags…or maybe something else. The rest of the place was filled with all kinds of other Nazi stuff too. Now I’m wondering if the books were just a scam. Will I get out alive? Her boyfriend comes to me “You want the Time-Life books?”—Yeah, and I want to get out of here in one piece. I also didn’t want the whole set of books as I had some, and, long story short, I bought the ones I needed, the people were actually nice and we didn’t talk politics. I left but it left an impression on me. 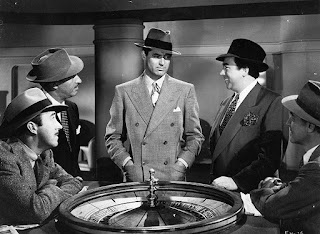 Mobbed Up: I had a spec script I was trying to push that dealt with a delicate issue, which I won’t go into here. And there was a nightclub in L.A. at the time that catered to a certain type of clientele that were in my story. So I made an appointment to go talk to the owners as I thought maybe they’d like to finance a movie. In those days I’d talk to anyone or try anything to hawk my stuff—see my Cary Grant and Gene Kelly stories on my website: https://pauldmarks.com/cary-grant-gene-kelly/ , and those are just a couple of my more fun stories. Anyway, I went to the club for my appointment and was led into the back offices where I met Murray: The Gangster. Straight out of Central Casting, gray pin-striped suit, carnation, Brooklyn accent. Well, Murray was interested but he needed to talk to his partners (hmm, who could they be, Mickey Cohen and Bugsy Siegel—well, no, ’cause they were goners by then—though I did grow up across the street from Bugsy’s brother and his family, but that’s another story…) Long story short, nothing came of it in terms of getting financing for a movie, but my then-writing partner took to calling me Murray and on occasion I used that and  another last name as a pseudonym.

Stolen Identity – before it was even a term: I was working for a small newspaper. The editor called me and asked if I had called NASA to request press credentials to attend a Space Shuttle landing. He continued, saying NASA had called him to verify if someone from our paper had faxed them to request press credentials for the landing…using my name. Talk about your “Oh shit!” moments. 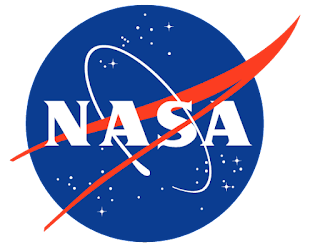 What? No. I covered local stories, movie reviews and entertainment, not space shuttle landings. I was alarmed. Was someone impersonating me? Had they stolen my identity? Were they terrorists? What the hell was going on? I called the FBI and talked to an agent with the lowest, deepest voice I’d ever heard, lower than I ever imagined possible. He didn’t seem concerned. But I couldn’t let it go. So, I did some of the best detective work of my career…I called Ma Bell and had them trace the fax number where the credential request came from to a local Kinko’s. Then my Mata Hari (Amy) called Kinko’s pretending to be the secretary to a Colonel Severin. They gave her the name and phone number of the imposter who’d sent the credential request. Then I called NASA and told them about the ruse and gave them the information we had tracked down. Hey, they should have given us medals for this, but they also seemed kind of blasé about the whole thing. But if this had been post-911, I’m sure they would have had a different attitude and a different ending…or maybe not. Who knows? At least I didn’t end up at Guantanamera, I mean Guantanamo.


The Mossad: I was working on a script for a producer (who was also an actor, more on this later). The woman who hooked us up warned me about him ahead of time—I should have heeded the warning. He was a pain in the ass to put it ever so mildly. One time in our previous house where the houses were closer together than where we are now, I was screaming at said producer on the phone. Amy was home and since I didn’t want her to think I was the lone psycho on that call I put it on speaker so she could also hear him screaming at me. I was also concerned that our neighbors would think I was yelling at her as the houses were close, but luckily no cops were called. To say my relationship with this guy was contentious would be the understatement of the century. But we worked together for a while…until things got so bad that one day he threatened to send his friends in the Mossad after me. Quaking in my boots, I couldn’t sleep for years, waiting for the stealthy Mossad operatives, who I’m sure had nothing better to do than to come after me. And, as for the actor part, well, since he is an actor I see him in things now and then and it makes it hard to watch them. On occasion I’ve turned them off. And I’m still looking over my shoulder every day…

The Bondage House: Aside from working for other people on their properties or rewrites I was always trying to find money to do a film of my own. To that end, someone I knew said, Hey, I know a producer and maybe he’d want to invest in your project. This is someone whose work I knew and you might know his movies too. So we went to this guy’s house in the hills and it was a really cool house, kind of like a huge Spanish-Mediterranean castle. But on the inside it was more like a Spanish-Mediterranean dungeon. You walked in the front door and there were very sexily and scantily clad mannequins chained to the wrought iron staircase and anything else you could attach a chain to. There were dressed in leather bustiers and wearing high heels. For some reason I can’t remember anymore, my friend and I got the tour of the house and the chained mannequins were everywhere. This was another one where I wondered if we’d get out unscathed, but we did. And, of course, he didn’t want to invest in my film—he wanted me to invest in his. Ah, Hollywood. 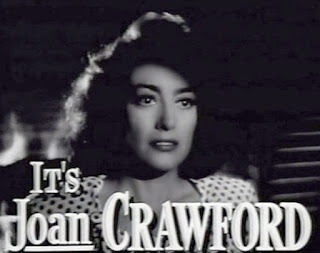 The Joan Crawford House: Or should I say museum? Someone wanted me to meet this guy—I can’t remember his name anymore—who had been Joan Crawford’s publicist before she died. She/my friend thought maybe he could help me raise some money—like I said, always looking for money. I wish we had Go Fund Me back then… Anyway, we go to this guy’s house, a nice, Spanish style house in Bev Hills (my favorite architecture by the way), though not nearly as big as the bondage house, and you walk in the door—no, no bondage gear this time—but the house was totally decked out in everything Crawford. He had several of her dresses displayed, every little thing she’d ever touched it seemed like, cigarette lighters and shoes. It was a total museum and homage to Joan Crawford. If her ghost wasn’t haunting that place I don’t know where it would be. And no, he didn’t end up investing either.

There were also other pleasant experiences like a trip to New Orleans and other places for research and other things. And then the Top Secret things that I’m not ready to talk about. But good, bad and indifferent, we all make sacrifices for our writing. What are some of yours?

Broken Windows – Sequel to my #Shamus-winning White Heat drops 9/10/18. A labyrinth of murder, intrigue and corruption of church and state that hovers around the immigration debate. #writers #mystery #amreading #thriller #novels

Available for pre-order now on Amazon. 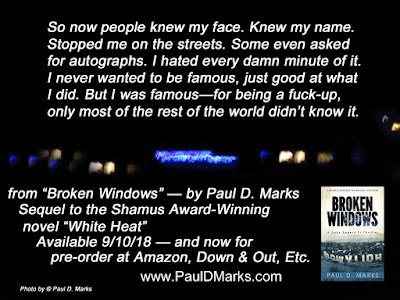